Behind every Champion Golfer of the Year, there is a good caddie – someone providing all the crucial information to help navigate the trials and tribulations of links golf.

Whether it’s Faldo and Sunesson, Woods and Williams, Mickelson and Mackay, Els and Roberts or Harrington and Flood, many famous combinations have worked their magic at The Open.

The bagman has also played an influential role for many Open Champions at next year’s venue, Royal St George’s, most notably in the case of 2003 Champion Golfer of the Year Ben Curtis.

And with so many caddies playing their part in the history of golf’s oldest and most prestigious major, here’s a look at some of the most iconic double acts ever to grace The Open.

As the first course outside Scotland to host The Open, and the most prolific venue in England, it’s no surprise that Royal St George’s has seen its fair share of classic golfer-caddie pairings.

Take the duo of Sandy Lyle and Dave Musgrove for instance, who combined spectacularly at The 114th Open in Sandwich as the Scottish legend lifted his first and only Claret Jug. 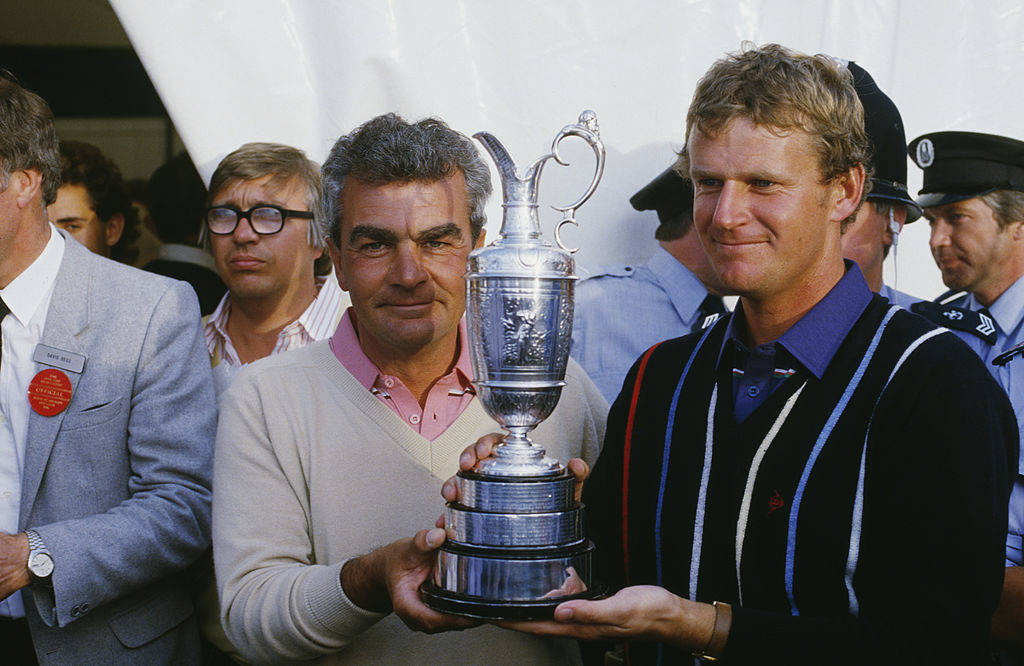 Musgrove had already guided a young Seve Ballesteros to his first Open victory in 1979 at Royal Lytham & St Annes before forming another formidable partnership with Lyle six years later.

Then there’s the prolific team of Greg Norman and Tony Navarro, which lasted for a dozen years and included the Great White Shark’s second Claret Jug success at St George’s in 1993.

Coming seven years after first being crowned Champion Golfer, Norman produced one of the great Open rounds on the Sunday with Navarro on his bag to triumph by two shots.

But it was Curtis’ triumph at The 132nd Open in 2003 that showed the true value a caddie can bring after the unknown American arrived at St George’s having never played the course before.

Ranked No.396 in the world and a 300-1 outsider, Curtis was not expected to trouble the leaderboard before being paired with caddie Andy Sutton for the Championship.

What followed was one of the greatest upsets in Open history as the man from Maidstone imparted his knowledge to Curtis and watched on as he became Champion Golfer.

When it comes to iconic golfer-caddie partnerships, though, there are few that have left such an impression as three-time Champion Golfer Nick Faldo and Fanny Sunesson.

The duo joined forces at the end of 1989, two years after Faldo had opened his major account by clinching the Claret Jug at The 116th Open at Muirfield by one shot over Paul Azinger.

But Sunesson’s arrival spurred Faldo on to win four of his six majors over the next nine years, including two more Open titles at St Andrews in 1990 and Muirfield again in 1992. 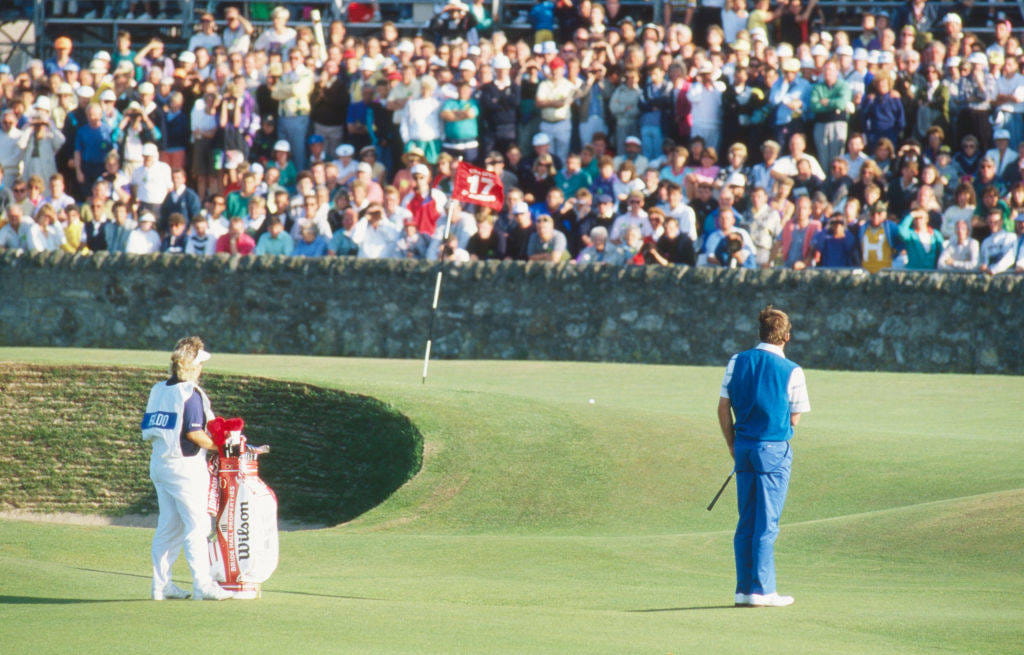 They are by no means the only combination to enjoy legendary status at The Open, with two-time Champion Golfer Lee Trevino winning both of his Claret Jugs alongside Willie Aitchison - who had previously guided Argentina's Roberto De Vincenzo to glory in 1967.

Fyles’ influence particularly came to the fore on the final hole at Turnberry in the famous Duel in the Sun, where he coaxed Watson into hitting a 7-iron which ended up two feet from the hole. 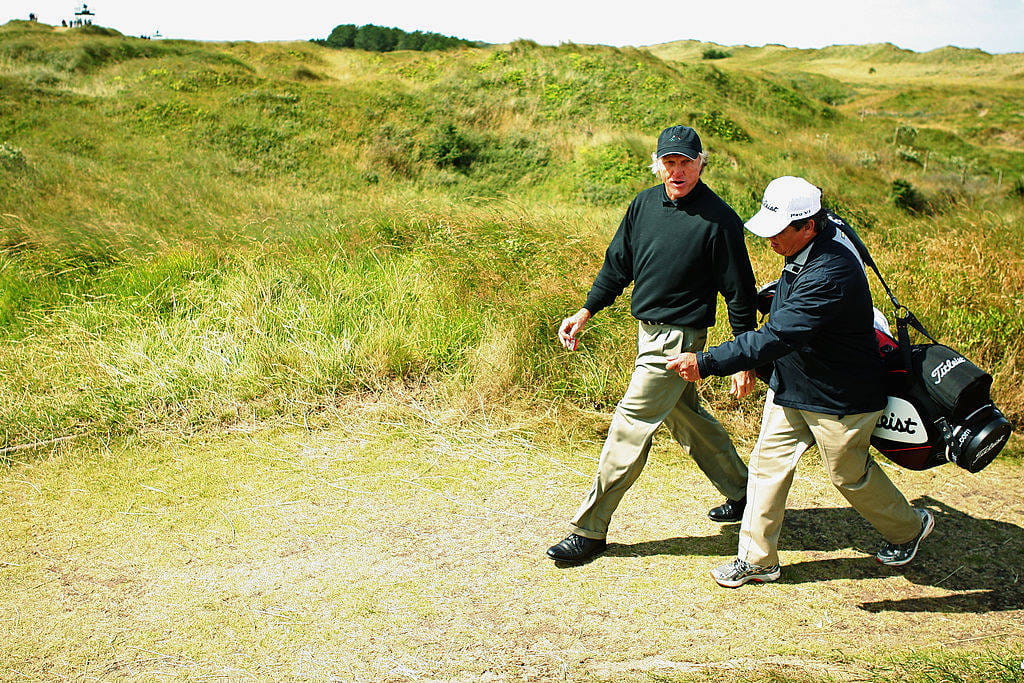 And let's not forget Pete Bender. He was on Norman’s bag for his first Open win in 1986 before repeating the feat five years later with Ian Baker-Finch at Royal Birkdale in 1991.

In more recent years, The Open has been conquered by a new generation of famous duos.

There was a time when it seemed as though three-time Champion Golfer Tiger Woods and his bagman Steve Williams were virtually unbeatable.

The New Zealander, who started his career caddying for five-time Champion Golfer Peter Thomson, served as Woods’ caddie from 1999 to 2011 as the pairing won 13 majors.

Among these victories were three Claret Jug triumphs, with Woods winning his first Open at St Andrews in 2000 before adding back-to-back successes in 2005 and 2006.

The team of Phil Mickelson and Jim “Bones” Mackay is another player-caddie relationship often highlighted as an example of the finer points of the bagman’s contribution. 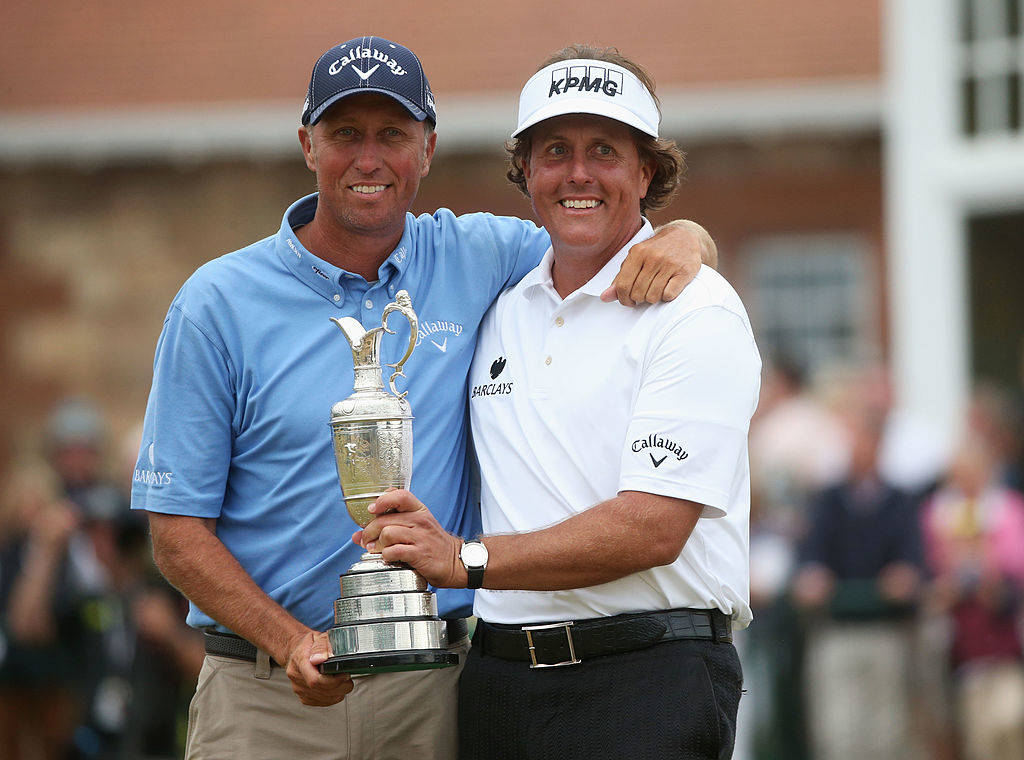 Mackay and his employer eventually split after a 25-year partnership in 2017, but not before he had helped Mickelson win all five of his major titles – including The Open in 2013.

Ronan Flood and Padraig Harrington also ensured they went down in history after the two childhood friends decided to work together in 2004 and won back-to-back Opens in 2007 and 2008.

Their feat of winning two Claret Jugs together was later matched by South African Ernie Els and his caddie Ricky Roberts, with The Big Easy crowned Champion Golfer in 2002 and 2012.