Creating the lowest score at The 148th Open

After four rounds, 23 birdies and 269 shots, Shane Lowry was able to lift the treasured Claret Jug on the 18th green at Royal Portrush as the 2019 Champion Golfer of the Year.

The man from the Republic of Ireland hardly put a foot wrong all week in front of a partisan crowd as he sprinted away from the rest of the field, eventually completing a six-shot triumph.

He was Mr Consistency over the first two rounds, firing back-to-back 67s to ensure he had a share of the halfway lead with JB Holmes as big names such as Tiger Woods and Rory McIlroy faltered.

The 32-year-old County Offaly native then turned on the style in his third round with a record-setting 63 before holding his nerve on Sunday to seal a memorable maiden major title.

But while Lowry was undoubtedly the man of the moment, he was not the only player to go low over the four days – with several of his fellow competitors also impressing on the Country Antrim coast.

So how exactly would a composite golfer made up from the players who shot the best four rounds across the week of The 148th Open look? We decided to find out…

The veteran American was the quickest out of the blocks as The Open returned to Northern Ireland for the first time in 68 years, finishing the first day with a one-shot lead.

Holmes made the most of the variable conditions, and a raucous, sell-out crowd, to put himself in pole position ahead of Lowry, who opened his Open account with a 67. 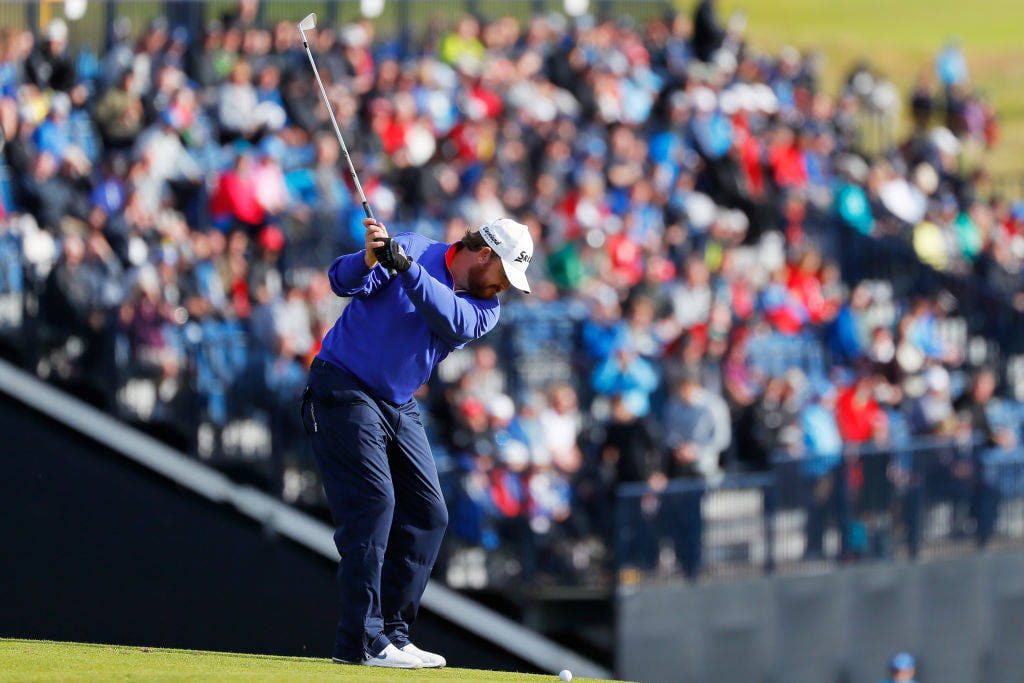 The 37-year-old suffered something of an inauspicious start when he bogeyed the 1st, but his scorecard was soon full of red as he birdied the 2nd, 3rd and 5th to go out in 34.

He was even better on the way back in as he picked up a further three strokes – with birdies on the 12th, 14th and 18th – to post a brilliant five-under 66 on the Thursday.

Holmes remained on top going into the weekend – albeit with Lowry for company – after a 68 on Friday before a 69 on Saturday left him six shots back from the home favourite. But Holmes struggled in the wind and rain on Sunday finishing well down the field.

Many of the headlines after Friday’s round either focused on Lowry joining Holmes at the summit or the big-name players who missed the midway cut – most notably Woods and McIlroy.

But away from the star names and the emerging story of a potential Lowry victory, two players quietly went under the radar despite shooting the lowest rounds of the day.

One of the two standout rounds came from American Xander Schauffele, who had work to do after shooting an opening-round 74 that included three birdies, four bogeys and a double bogey. 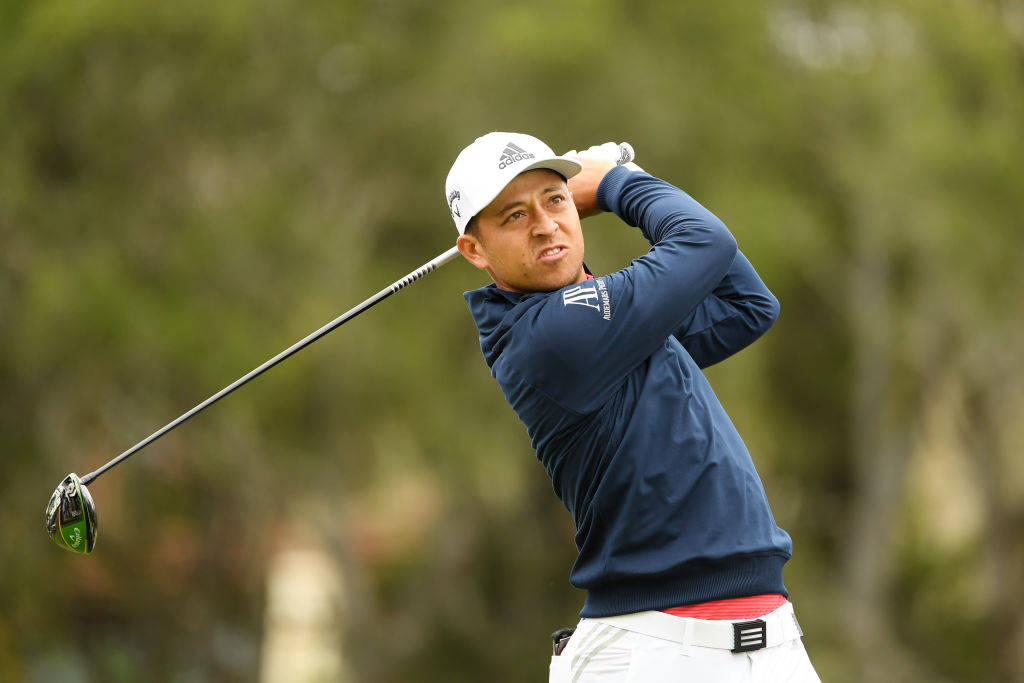 After a steady start to his second round, Schauffele began to claw his way back with back-to-back birdies on the 7th and 8th to go out in 34 and bring the cut line into view.

He was only just getting started, though, turning on the afterburners on the back nine with an eagle on the 12th and further birdies on the 15th and 16th to shoot 65.

His round was matched by South Africa’s Justin Harding, who made five birdies and an eagle on Friday – plus two bodies on the 4th and 14th –to post his own low score.

There is no question who takes the honour of Saturday’s best round.

With some doubting Lowry’s ability to remain on top of the leaderboard, bringing up his previous major challenge at the 2016 US Open, he produced his very best round of the week.

Lowry carded a sensational eight-under 63 – including eight birdies and no bogeys – to open a four-shot lead over his nearest rival, England’s Tommy Fleetwood.

Starting the day tied for the lead with Holmes, Lowry was virtually flawless over 18 holes as he hit 17 of 18 greens in regulation en route to setting a new course record. 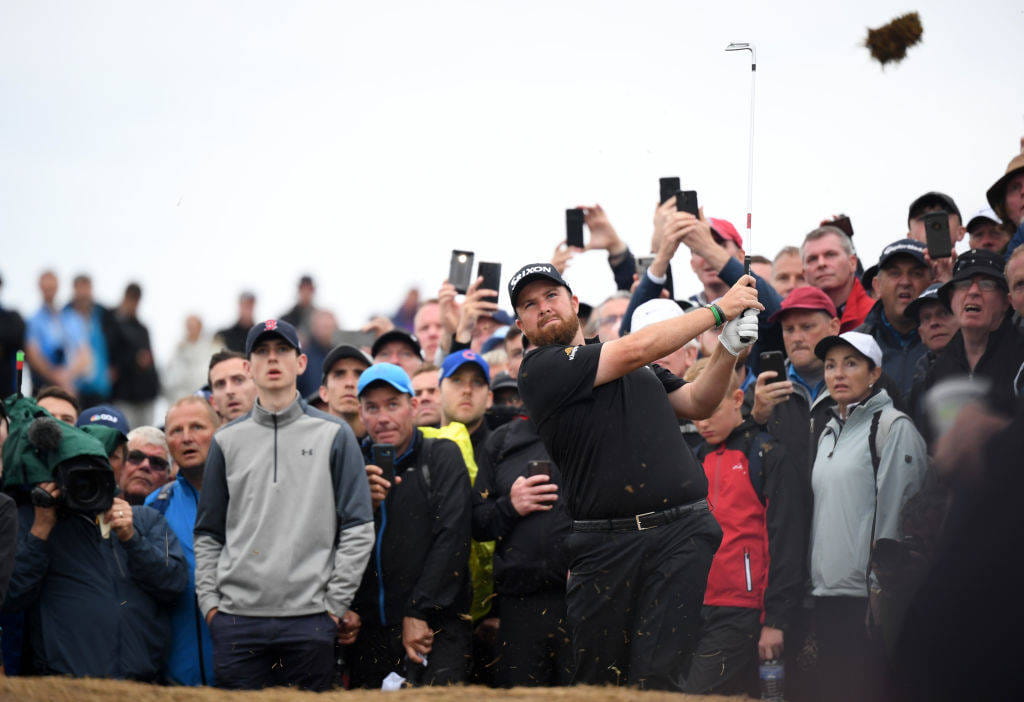 A quiet start was soon livened up by birdies on the 3rd and 5th before he picked up another shot on the 9th to go out in 33, with the home support roaring in every successful putt.

While Fleetwood rose up the leaderboard, Lowry showed no signs of faltering and made further birdies at the 12th, 15th, 16th and 17th to take command of the Claret Jug.

Almost the forgotten man over the first three days, defending Champion Golfer Francesco Molinari showed his fighting spirit on Sunday to register the best round in tough conditions.

As the high winds and rain caused problems at the top of the leaderboard, the Italian put his hit-and-miss first three rounds behind him with a magnificent bogey-free 66.

Just as he did in 2018 at Carnoustie, Molinari played steady golf and took advantage of the two par-5s on the way out – making birdies on the 2nd and the 7th. 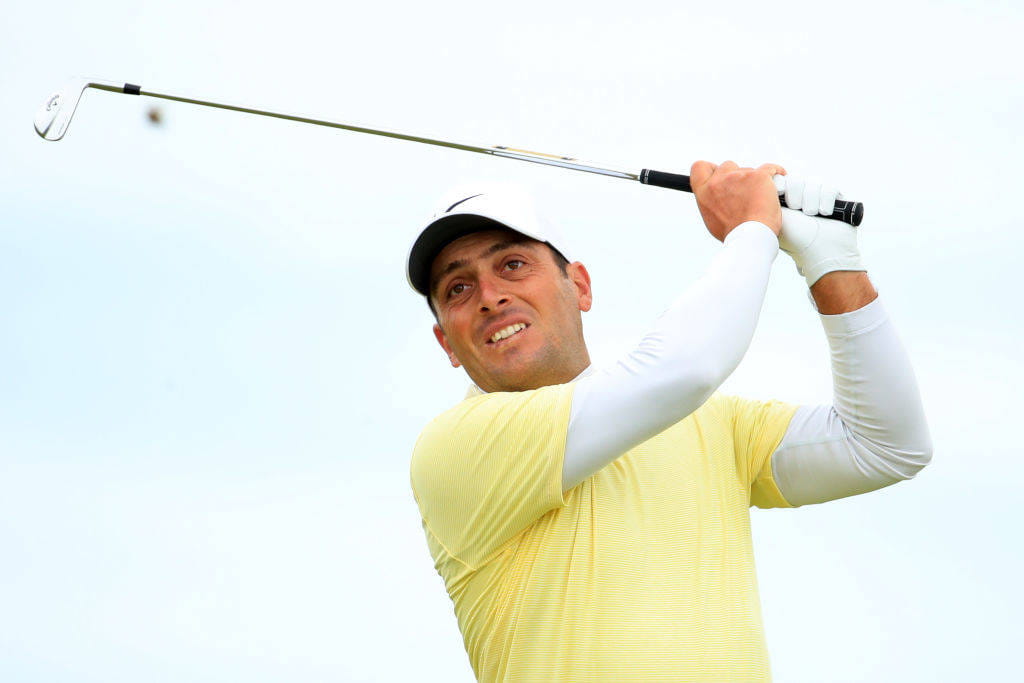 His round then went from good to excellent on the 12th, with another par-5 bringing a rare eagle, before he added on further red splodge on his scorecard at the tricky 17th.

While it was not enough to bring him into the title mix, it was a valiant effort from Molinari as he gained 43 places on his position when he teed off to finish in T11.

He outscored the rest of the field – with Kiradech Aphibarnrat one shot worse off – and showed up the rest of the top ten as only Robert MacIntyre and Tyrrell Hatton shot under par.