Manage your cookie settings
Cookie Policy
My Greatest Shot
Costantino Rocca
/
Heroics from the Valley of Sin at St Andrews
As the self-confessed “most famous runner-up in the world”, Costantino Rocca certainly left an indelible impression on The Open.

Before Francesco Molinari was crowned Champion Golfer of the Year in 2018, Rocca was long known for being the most successful male golfer that Italy had ever produced.

But despite winning five times on the European Tour during his impressive career, his second-place finish in The Open at St Andrews in 1995 remains the performance he is best known for.

Rocca pushed eventual winner John Daly all the way on the final day, only for his efforts to prove in vain as the American to clinched the Claret Jug in a four-hole play-off.

Yet while Rocca missed out on his best chance to win a major, his stunning putt from the Valley of Sin on the 18th hole in regular play is still considered one of the best shots in Open history.

Rocca started The 124th Open with a steady three-under 69 to find himself two behind Daly, who was joined in the first-round lead by Ben Crenshaw, Mark McNulty and Tom Watson.

The Italian closed within one shot of Daly after his second round before a 70 on the Saturday saw him overtake Daly, leaving Rocca two shots behind new overnight leader Michael Campbell. 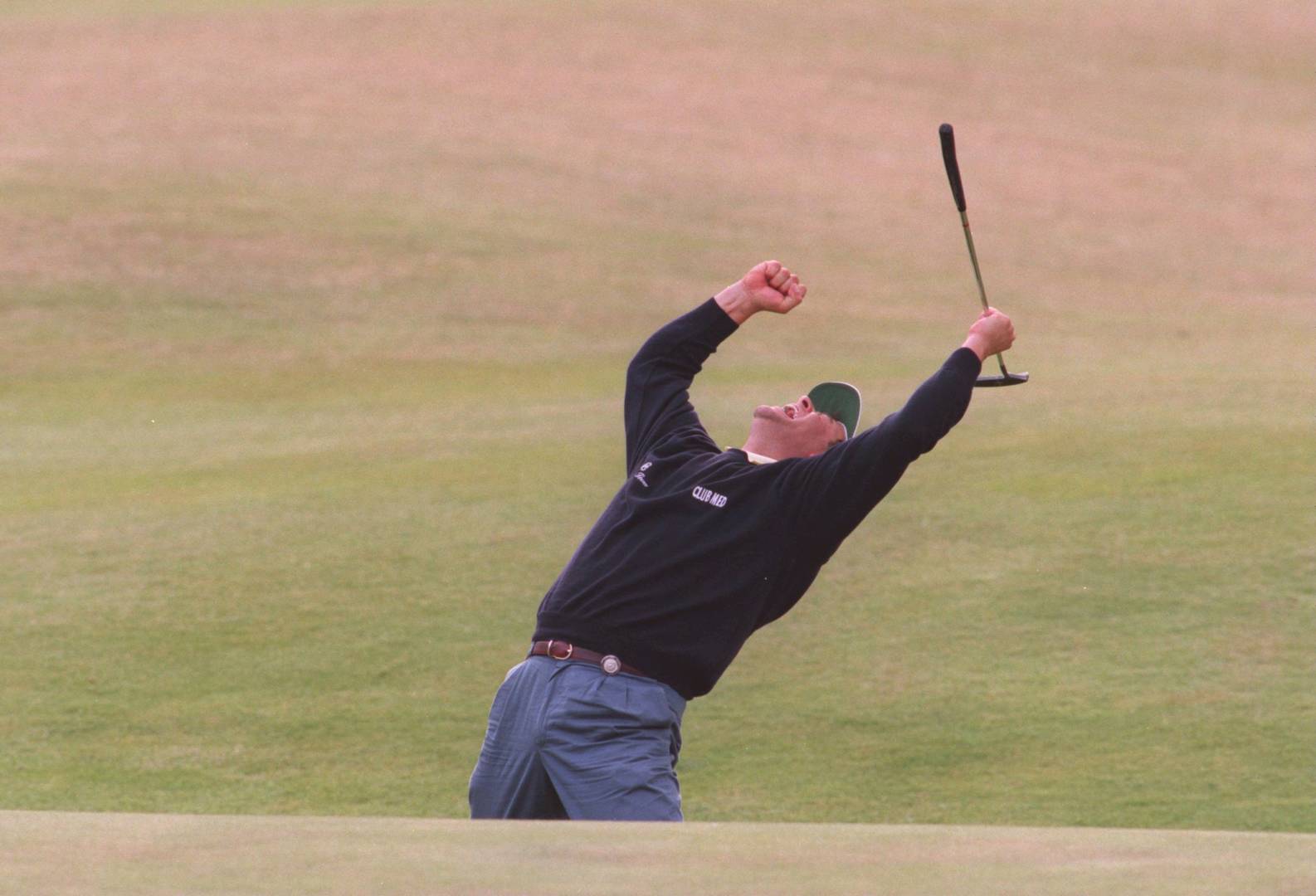 But the final round saw Campbell fall away in the windy conditions as Daly regained his place on top of the leaderboard with a 71 to finish on six-under for the tournament.

Still out on the course, however, was Rocca, who stood on the tee at the last knowing that he needed an eagle to win the Claret Jug or a birdie to tie Daly after 72 holes.

“I remember on the 18th tee I said to my caddie if I put it on the green I will make two,” said Rocca. “In my mind there is no four, only two or three.”

Conquering the Valley of Sin

But the chances of a play-off appeared slim when Rocca duffed his pitch into the fearsome Valley of Sin, a location where most players are satisfied to come away with an up-and-down.

“It is not easy. When you need it you feel different,” he said.

With the odds stacked against him, Rocca knocked his ball up the steep slope from 65 feet and into the hole before sinking to his knees in sheer jubilation as the crowd roared. 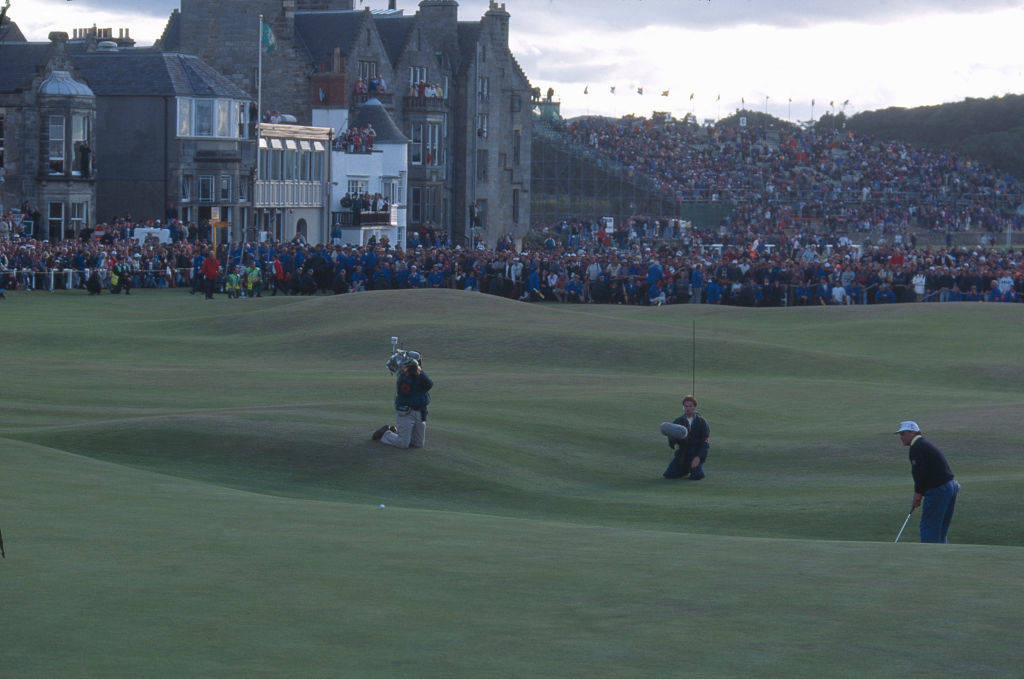 “The sound I knew, because when I walked on the green there was 45,000, 50,000 people, but in that moment I was so concentrated I didn't see or hear anything,” Rocca continued.

“After, when you see it on TV, you feel what you had around you and I think it was fantastic. To see people jumping on the terrace and the right side of 18 and jumping everywhere.

“That was a nice moment. I became more famous for that putt than if I won the tournament.”

The most famous runner-up

Unfortunately for Rocca, his sensational putt would prove to be more dramatic than the play-off that followed as Daly showed his pedigree over the four-hole shootout.

The energy that went into his late rally had left Rocca spent and Daly ultimately emerged triumphant by five strokes after the Italian took three to get out of the Road Hole Bunker.

The anti-climactic finish did not diminish the efforts of the hugely popular Rocca, though, who will always be remembered as the man who conquered the Valley of Sin. 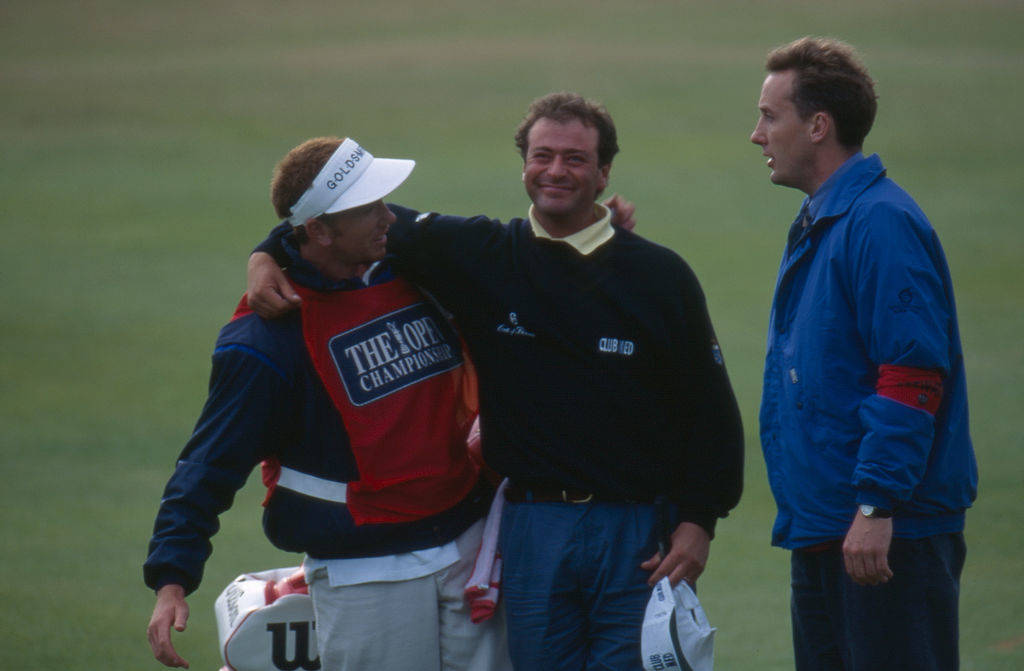 It is said that no one remembers the person who finishes second. That is far from the truth in the case of Rocca, however, after his final hole heroics wrote him into Open folklore.

“I'm the most famous runner-up in the world,” he said. “At St Andrews, you breathe the real air of golf - it is fantastic. Every time I come back after that moment it is emotional.”