As hysteria intensifies in the build-up to The 149th Open at Royal St George’s, there is a risk of the region’s wider golfing heritage being neglected.

Such is the magic of the famous Kent course, hosting its landmark 15th Championship, coupled with the with the tantalising chance for the English contingent to become the first to lift the Claret Jug on home soil since Tony Jacklin’s triumph at Royal Lytham and St Annes back in 1969.

But Kent represents a burgeoning golfing hotspot, a county not so much characterised by the presence of one iconic venue as it is by its possession of several historic ones.

And look no further than both Prince’s and Royal Cinque Ports, two courses neighbouring St George’s and rendering the south-east one of the country’s most vibrant, nostalgic golfing locations.

Both Prince’s and Cinque Ports – situated north and south of St George’s respectively – are no stranger to the Championship, crowning three Champion Golfers of the Year between them during the competition’s illustrious history.

But the two venues have their origins long before they hosted their inaugural Opens, founded, as they were, either side of the 20th century.

It was Cinque Ports that emerged first, with plans for the course coming to fruition in 1892 when 33-year-old local resident Henry Hunter was appointed greenkeeper.

And it quickly grew inexorably in popularity, as the Prince of Wales – later Edward VII – began to frequent the course, eventually becoming president between 1905 and 1907.

Indeed, it was during his tenure that Prince’s was founded just four and a half miles north, with former Prime Minister Arthur Balfour driving the first ball as club captain in 1906.

The two courses had been born, about to enter their embryonic stages that would soon catapult them into the national spotlight just a few years into their history. 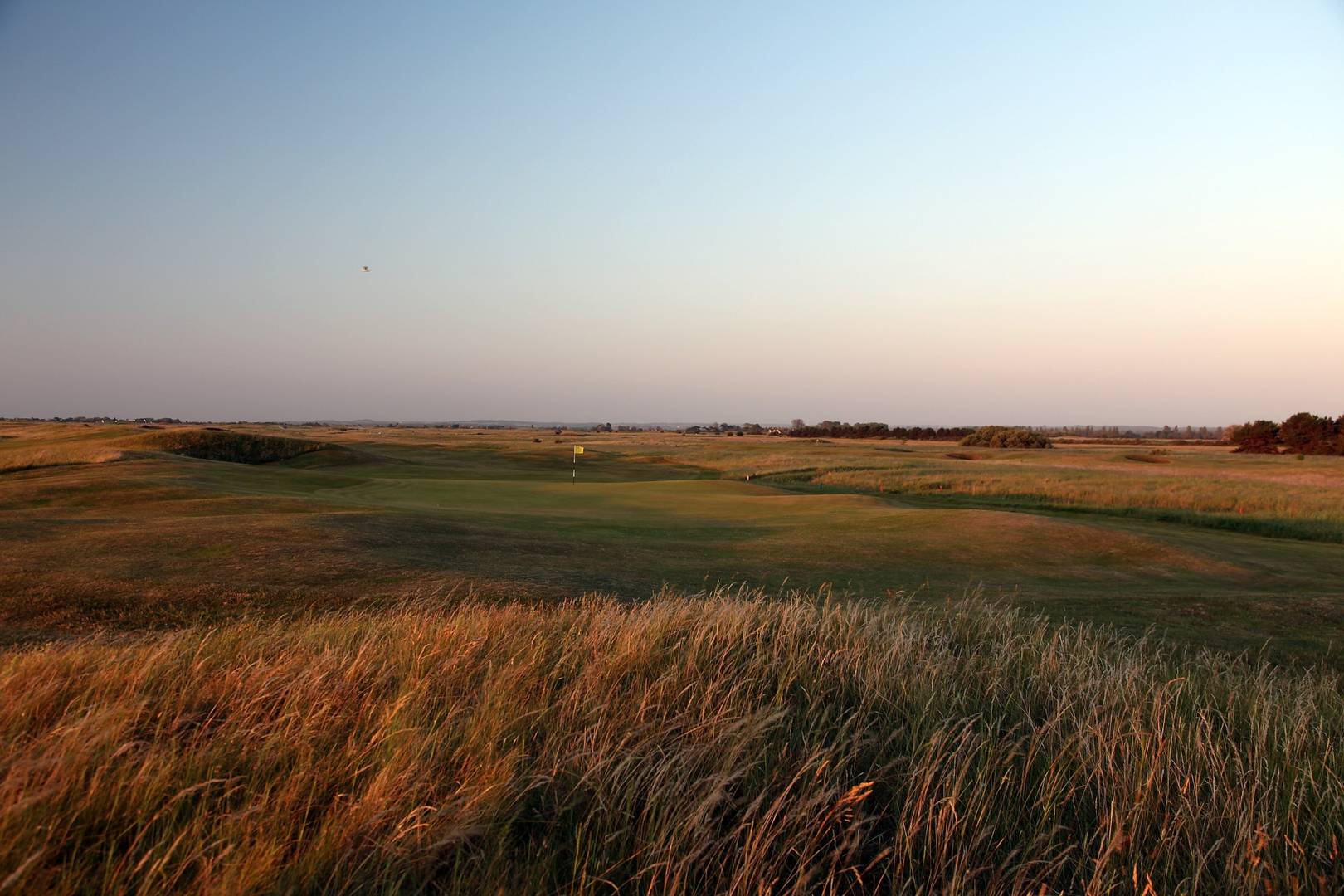 The Open arrives in the south-east

While St George’s hosted its maiden Open in 1894, it was in 1909 when the Claret Jug first made its way to either neighbour, as Cinque Ports attracted a considerable contingent of 204 entries – spearheaded by Championship favourites James Braid and Arnaud Massy.

But it was the trailblazing John Henry Taylor who eventually triumphed, storming to his fourth Claret Jug as his four-round total of 295 extinguished Braid’s faint hopes.

The Championship returned to the same course 11 years later, with what was the first to take place after the Great War and a competition that saw a depleted field of just 54 entries.

And it was George Duncan who engraved his name on the Claret Jug that year, as his final two rounds of 71 and 72 saw off the persistent threat of Abe Mitchell.

The Championship made its Prince’s bow in 1932, with competitors playing one qualifying round at the course and another a few miles south at St George’s.

And the competition was won by the majestic Gene Sarazen, who waltzed home with rounds of 70, 69, 70 and 74 to lead the Championship wire-to-wire. 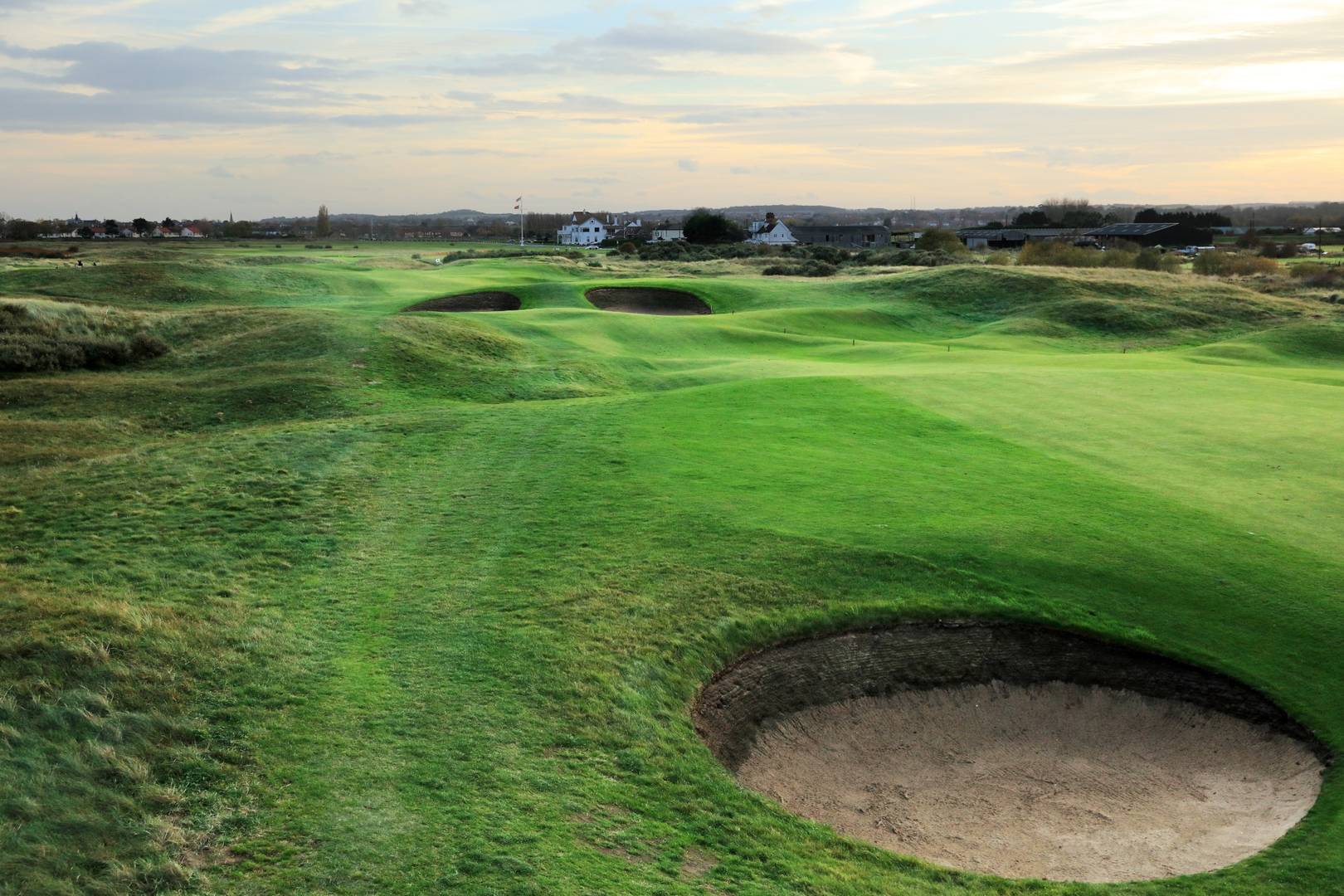 In many ways, it seems remarkable that three courses within the space of just five miles have been able to achieve such considerable golfing prestige.

Indeed, such has been their commitment to maintaining the highest standards both on and off the course, not only dedicating their attention to hosting major tournaments but also to the nurturing of young talent and inspiring future generations.

Since 1924, Cinque Ports has played host to the Halford Hewitt Public Schools Championship, the largest amateur tournament in the world that sees hundreds of young players descend on the venue each year.

It was also selected as one of four Final Open Qualifying venues between 2014 and 2017, testament to its enduring legacy that contributed to 1909 Open competitor Braid describing it as “the best course in England.”

Prince’s, meanwhile, holds a similar importance in maintaining the prestige of golf in the south-east, co-hosting the Amateur Championship in 2013 and 2017 and being selected as host of Final Qualifying for the Open between 2018 and 2021.

Collectively, the two courses in conjunction – in addition to St George’s, of course – have contributed to the region emerging as an unequivocal golfing powerhouse, attracting thousands of visitors each year and establishing themselves as indelible features on England’s sporting map.

The 149th Open may be taking place in between the two at St George’s, but English golf must never neglect the importance and enduring influence of both Prince’s and Royal Cinque Ports.