Why it's going to be special

For the first time in 68 years, The Open will leave mainland Great Britain and head to Northern Ireland for the biggest party in golf.

Royal Portrush, one of the world’s great golf courses, will host the game’s oldest Major once more. And as the clock ticks, the excitement continues to grow.

The land of 1.8million people has provided three Champion Golfers of the Year in Fred Daly, Darren Clarke and Rory McIlroy.

Add in 2010 US Open champion Graeme McDowell and it is clear that Northern Ireland has a strong affinity with fairways and greens.

McIlroy in particular is likely to capture the public’s imagination. The 29-year-old has been a part of four successful Ryder Cup teams, won two PGA Championship titles and, most famously of all, lifted the Claret Jug at Royal Liverpool in 2014.

Yet the man from Hollywood insists that would all pale into insignificance if he can win golf’s oldest Major on home soil.

"I never thought I would play a major in Northern Ireland. It would be the biggest achievement of my career if I was able to win it,” he said.

"If I could pick one tournament to win this year, it would be Royal Portrush. I would definitely have Augusta on the backburner.

“The 2019 Open is something that’s been on my radar for a long time.

“I never thought I’d be able to play an Open at home. I’m going to be very proud to showcase where I’m from and to play in front of all the people who have supported me throughout my career. It is going to be really cool. 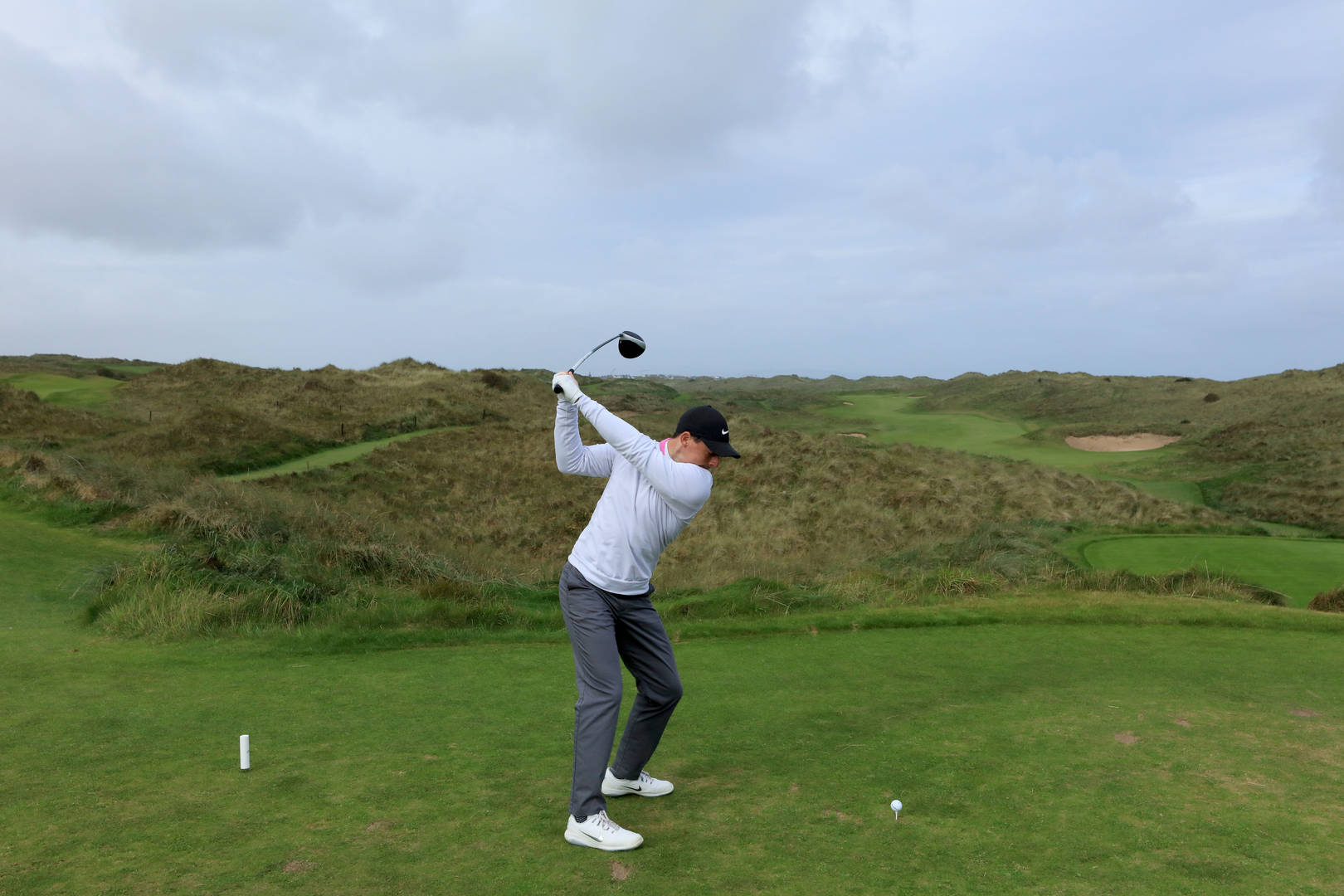 “It would have been nice to go in there with a Claret Jug but I'm excited to play an Open at Portrush. That will be unbelievable.”

So what can we expect at Royal Portrush?

Unlike every other Open venue, most of the players will be working from a blank canvas and that can only help build the excitement even more.

But one thing you can guarantee will be a special atmosphere. Every Open venue is different, whether it be the tight and cosy Carnoustie or the sprawling Royal St George’s, yet there is nothing quite like a round at The Open.

Tucked away on the Antrim coastline, Royal Portrush is a perfect Open setting. Secluded against the shore, it is one of Northern Ireland’s hidden gems – a fair, yet challenging course that is at the mercy of the weather rolling in off the Atlantic.

“One of the great things about Royal Portrush is, when you are driving from Belfast you come up over the crest of a hill and the Royal Court Hotel is on your right. All you see in front of you is the golf course and the sea,” McIlroy added.

“That is when it really hits you how beautiful it is. You go down there and you have the smell of the salt air, usually the wind is hitting your face and more than likely some rain as well.

“You knew you were in for a tough day on the links but that is what made it more enjoyable.”

For the fans, there is of course much more than the golf course. The Giants Causeway is just along the coast and the seven-mile stroll from the course to the Cause is among the most spectacular in the British Isles, while the picturesque village of Bushmills is next door.

But don’t just take our word for it. The players can’t wait either.

“It’s hard to contain the excitement,” said Darren Clarke – the 2011 Champion Golfer of the Year and resident of Portrush.

“The place is buzzing. I’ve been in Portrush a lot recently and all the work is being completed, all the little touches for infrastructure that most would never imagine, with all the cabling under the ground and everything.

“It’s going to be a huge honour and privilege to have the biggest tournament in the world in our town.”

Current Champion Golfer of the Year Francesco Molinari knows just how loud it can be: “I played there in 2012, I think it was, at the Irish Open. I still remember now I was paired for the first two rounds with Darren Clarke and he had just won The Open the year before.

“The atmosphere was something else, so I'm sure it's going to be a great championship, a great Open."

What will the course deliver? Danny Willett has an idea: “The course is old school, so there's not a great deal of room between the holes. And what room there is, is some pretty steep mounds.

“You always get a great crowd. At the Irish Opens I've played, you get fantastic crowds, so for The Open to be in Portrush will be great.”

Two-time defending US Open champion Brooks Koepka played a lot of his early golf on the European Challenge Tour but he never travelled to the Emerald Isle. However, it venue will still be a special one for him: