The greatest golf amateur ever

No-one in the history of golf has ever dominated quite like Bobby Jones.


The American was not only the finest amateur player the game has ever produced, he often came out on top against the world’s best professional golfers of the era.

His incredible list of accomplishments included being crowned Champion Golfer of the Year three times in only four appearances, winning the Claret Jug in 1926, 1927 and 1930.

The last of those victories formed part of his unique Grand Slam, which saw him become the only golfer to win the US Amateur, The Amateur, The Open and the US Open in the same year.

And on what would have been Jones’ birthday, we’ve cast our minds back to remember the illustrious career of the man who was considered one of the great athletes of his generation.


Born in Atlanta, Georgia, on March 17, 1902, Jones loved golf from the start and developed quickly into a child prodigy - winning his first event at the age of six at his home course, East Lake.

He went on to claim the inaugural Georgia Amateur Championship at the age of 14, which earned him his first invitation to the US Amateur at Merion from the United States Golf Association.

Jones advanced to the quarter-finals on his debut – signposting the success that was to follow – with his fame growing as he continued to play national championships at such an early age.

But he won nothing of significance until claiming his first US Open in 1923 at New York’s Inwood Country Club, prompting the early part of his career to be labelled ‘The Seven Lean Years’.

He went on to win 13 majors – with amateur titles counted at the time - in 20 attempts during a remarkable spell of dominance from 1923 to 1930 (otherwise known as The Seven Fat Years).


Jones’ Open debut did not go to plan. As a 19-year-old in 1921, his temperament often got the better of him on the course and it resulted in a disappointing first appearance.

His struggles in the third round on the Old Course at St Andrews ended with him tearing up his card after taking four to get out of a bunker at the 11th – disqualifying himself in the process.

It was a different story five years later, though, when Jones lifted the Claret Jug at Royal Lytham to become the first amateur to win the title in 29 years.

His miracle shot from 175 yards to the green at the 17th has since gone down in legend and saw him triumph by two shots over Al Watrous, with Walter Hagen finishing in third. 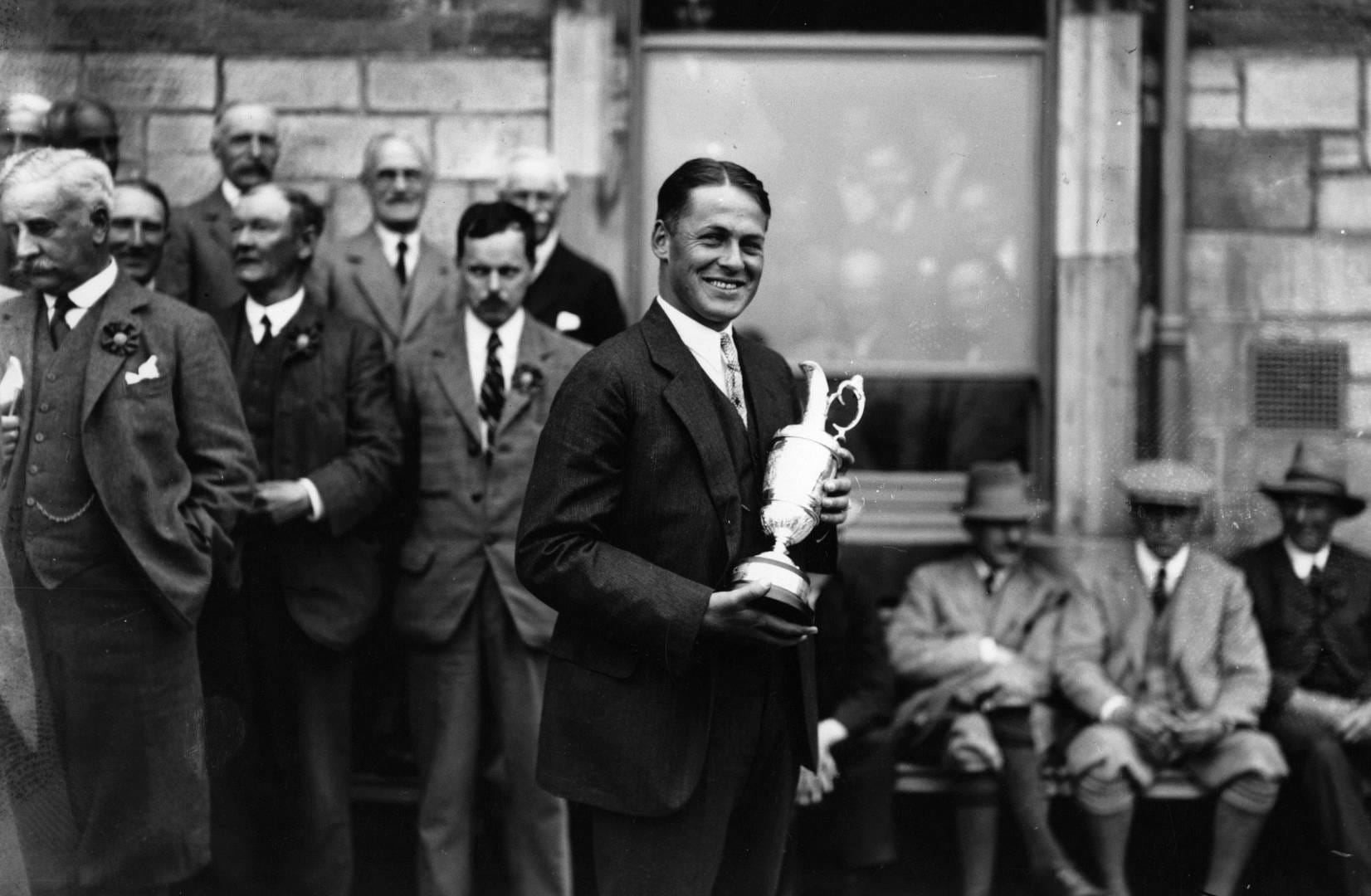 Jones then returned to the Old Course in 1927 to conquer his demons, scoring a record 68 in the first round to win back-to-back Open titles with a winning margin of six shots.


There is no doubt that Jones’ crowning glory came in 1930, when he became the only golfer ever to win The Amateur Championship, The Open, US Open and US Amateur in one season.

In fact, he was the only golfer to win all four in a career and while the term did not yet exist, his feat is known as the only single-season ‘Grand Slam’ in the history of golf.

It started with Jones clinching The Amateur Championship at St Andrews, where he beat defending champion Cyril Tolley in the fourth round before dispatching Roger Wethered in the final.

His third Claret Jug and the second part of his historic quadruple arrived at Royal Liverpool Golf Club in Hoylake, where he won by two shots over runners-up Macdonald Smith and Leo Diegel.

He went on to win a fourth US Open – he had been the first to do the transatlantic double in 1926 – and then a fifth US Amateur to complete a never to be repeated double-double or Grand Slam.


Jones retired from competitive golf aged 28 to concentrate on his Atlanta law practice, but he would continue to play an important role in the game in the following years until his death in 1971.

He helped design the first-ever set of matched steel-shafted clubs, before creating the now legendary Augusta National Golf Club and founding The Masters, which was first played in 1934. 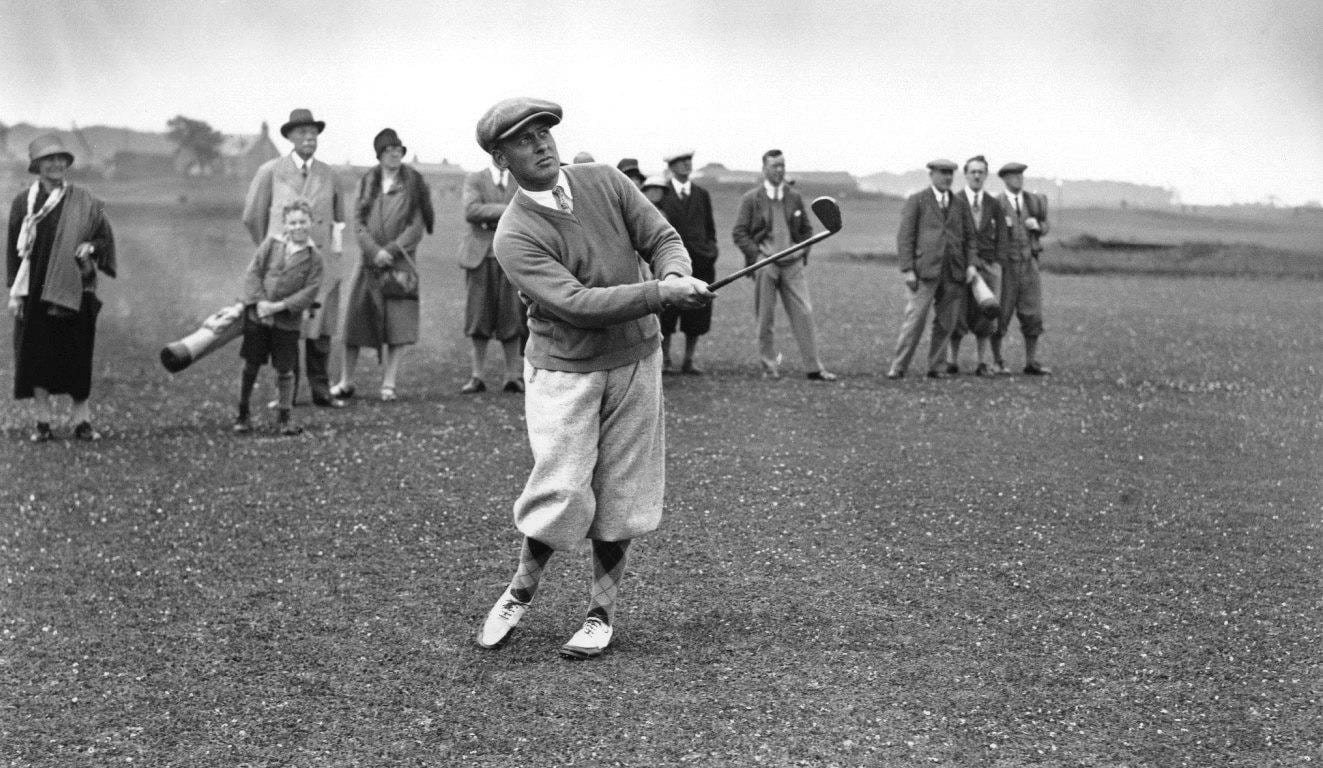 Initially known as the Augusta National Invitational, the event was an immediate success and attracted most of the world’s best players from its inception.

Jones came out of retirement to play in 12 Masters during the tournament’s earliest period, although only on an exhibition basis, helping to boost its profile through his fame.

He later received the freedom of St Andrews in 1958 to recognise his remarkable career, becoming only the second American after Benjamin Franklin to receive the prestigious honour.