The Senior Open Champion is the finest vintage

Like the fine red wines he famously enjoys, Miguel Angel Jimenez just gets better with age.

In an era when many elite sportsmen are accused of being bland, personality-less automatons – that’s a tag the swashbuckling Spaniard could never be tarred with.

And fans at Royal Portrush for The 148th Open next summer will be treated to seeing the long-haired, cigar-smoking 55-year-old – and his bizarrely unique pre-round warm-up of course – in person.

After winning The Senior Open at St Andrews last July, Jimenez earned an exemption that will see him back at The Open itself for the first time in three years.

Born in Malaga in 1964, Jimenez was one of seven brothers and took up golf aged 15 while picking up the balls at the range and caddying.

But his earliest inspiration came from watching Seve Ballesteros, Sandy Lyle and Sam Torrance during his time caddying at the 1979 Spanish Open – which made him decide to take the game seriously.

He turned professional just three years later and first joined the European Tour in 1988 – steadily improving until he clinched a maiden title at the Piaget Belgian Open in 1992.

That was the first of 21 European Tour wins to date (14 of those coming after he turned 40) as he became one of the most consistent players around – finishing inside the top 100 on the tour’s order of merit every year from 1989 to 2015.

Perhaps his greatest season was in 2004, when he won four events – the Johnnie Walker Classic, Algarve Open de Portugal, BMW Asia Open and BMW International Open – and in 2014 he became the oldest winner in European Tour history.

That came as he clinched an emotional triumph at the Open de Espana, aged 50 years and 133 days, and in typical Jimenez fashion, when asked the secret of his longevity, he responded: “There is no secret. Good food, good wine, good cigars and some exercise!” 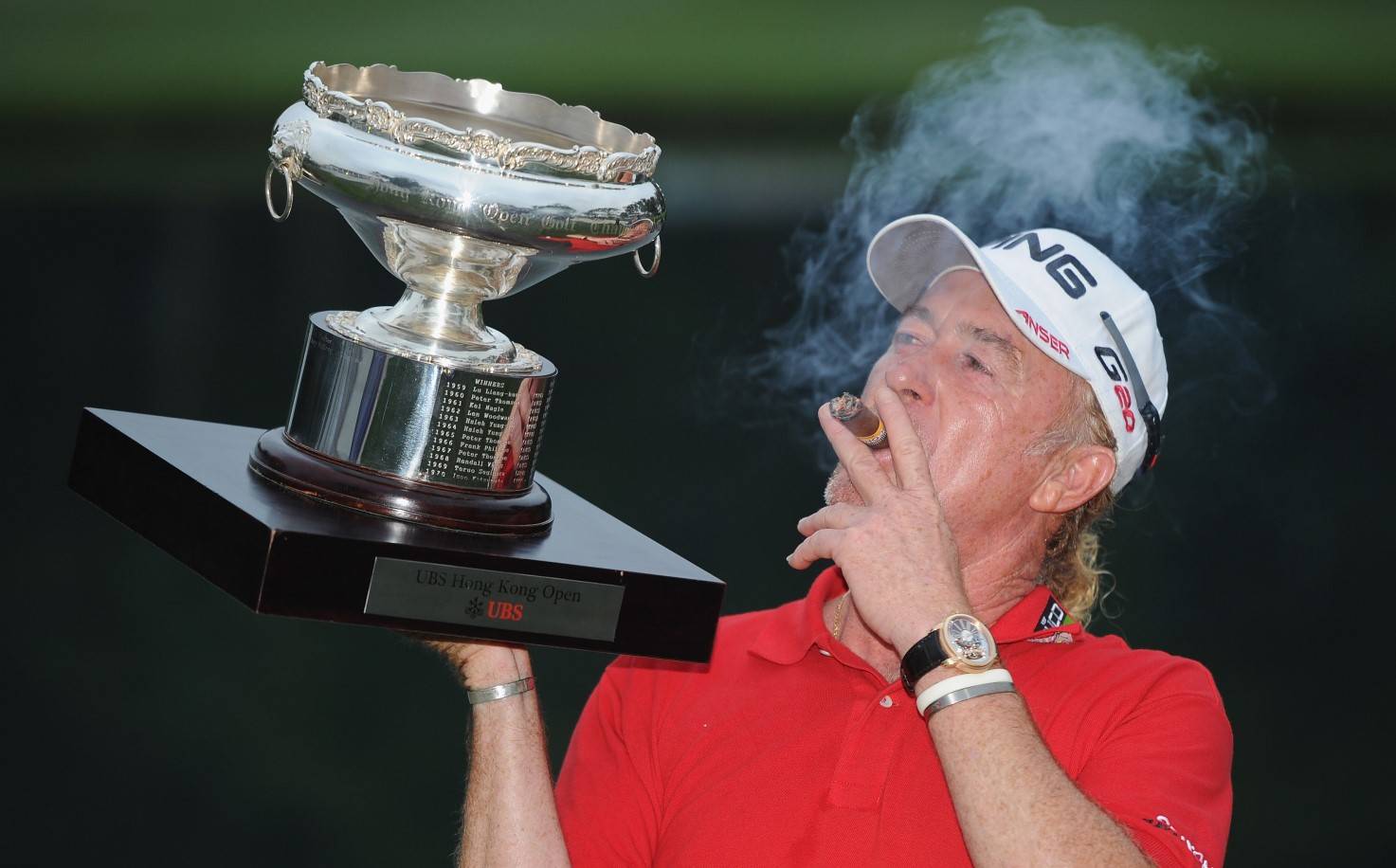 His best performance came at Royal Lytham & St Annes in 2001 where, one year after finishing joint-second at the US Open, he ended in a tie for third – four shots behind Champion Golfer of the Year David Duval.

The Spaniard had put himself in contention with an opening-round 69 and although a second-round 72 dropped him six shots behind then-leader Colin Montgomerie, he rallied over the weekend.

Jimenez recorded a four-under 67 on Saturday to trail a quartet of overnight leaders by just a single shot and while a Sunday 70 kept him in contention, it ultimately wasn’t quite enough to overhaul Duval.

His only other top-ten finish at The Open came when he ended tied-ninth in 2012 but he produced his share of magic moments, most notably in 2010.

An errant third shot on the 17th at the Old Course at St Andrews left the man nicknamed The Mechanic – thanks to his preference for driving, rather than repairing, high-performance cars such as his red Ferrari – in a bit of fix.

Almost right up against a stone wall, Jimenez couldn’t get his club behind the ball, so instead faced the wall and hit his ball into the stone, enabling it to loop up and over his head and fly on to the green for a makeable putt.

It was the sort of golfing ingenuity that the now-55-year-old will bring to Royal Portrush in July. 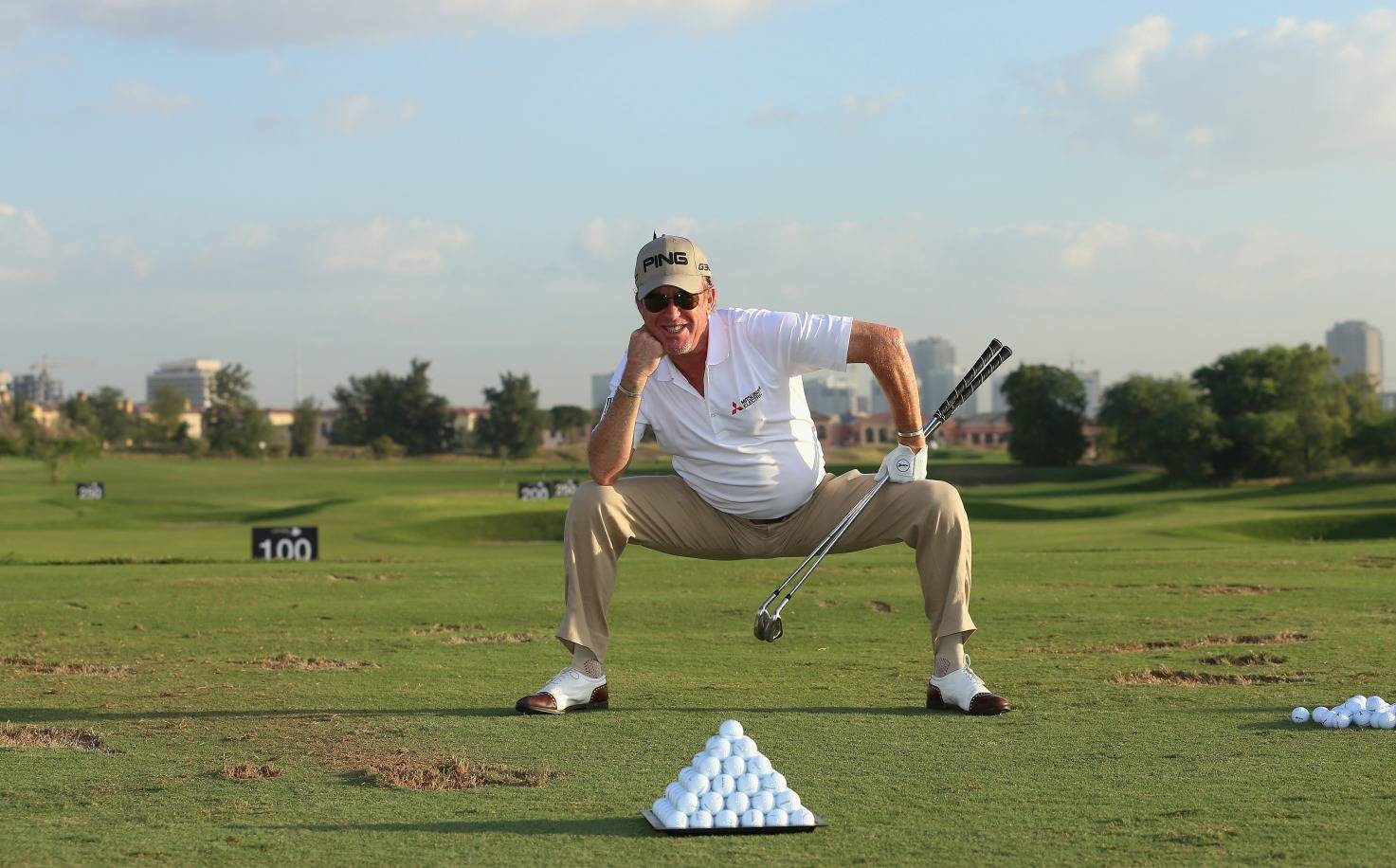 Jimenez sealed a return to The Open by clinching his second major title on the PGA Tour Champions at St Andrews.

It came just two months after his first senior major victory – the Regions Tradition in Alabama – as he became the first Spaniard to win The Senior Open, defeating reigning champion Bernhard Langer by one stroke.

He dropped only one shot en route to a final-round 69 to end on 12-under, following in the footsteps of Ballesteros who became Champion Golfer of the Year at St Andrews in 1984.

“This is the place where everyone wants to win and the place where Seve won his second Open,” said Jimenez. “It has always been my ambition to win here. It feels like I am part of history.”

To the winner, the spoils, and The 148th Open will be that much more exciting thanks to the presence of the self-styled ‘most interesting man in golf’.

With anyone else, that moniker might seem arrogant, or warrant an eye roll, but as supporters at Portrush will find out it’s a pretty accurate description for one of the game’s most charming, yet outlandish, characters.