The Open in 1951 will be remembered for many things: the charismatic winner Max Faulkner, the first Open played outside of Great Britain and the debut of Peter Thomson.

While Faulkner left Royal Portrush as the Champion Golfer of the Year, Thomson was just as much the star of the show as he challenged for the Claret Jug for the first time.

There is certainly no doubt that Thomson learned a great deal from watching Faulkner that week as the Australian caught the eye with a superb Open debut in County Antrim.

His talent was obvious from the off but what he went on to achieve was extraordinary, with Thomson finishing his illustrious career as a five-time Champion Golfer.

And ahead of The Open’s historic return to Portrush this year, we’ve cast our minds back to remember Thomson’s very first Open – where his legend was born.

Born in Brunswick, a northern suburb of Melbourne, Thomson first started to play golf during the war but with golf courses largely empty, his talent was undiscovered until his late teens.

A professional career seemed a pipedream so he gained a chemistry diploma in 1945 and went to work for a rubber technologist, helping to design golf balls, before finally deciding to go for it.

His first Open, the 80th staging of the event, was a landmark one for the most prestigious major in golf, taking place outside of England or Scotland for the first time ever. 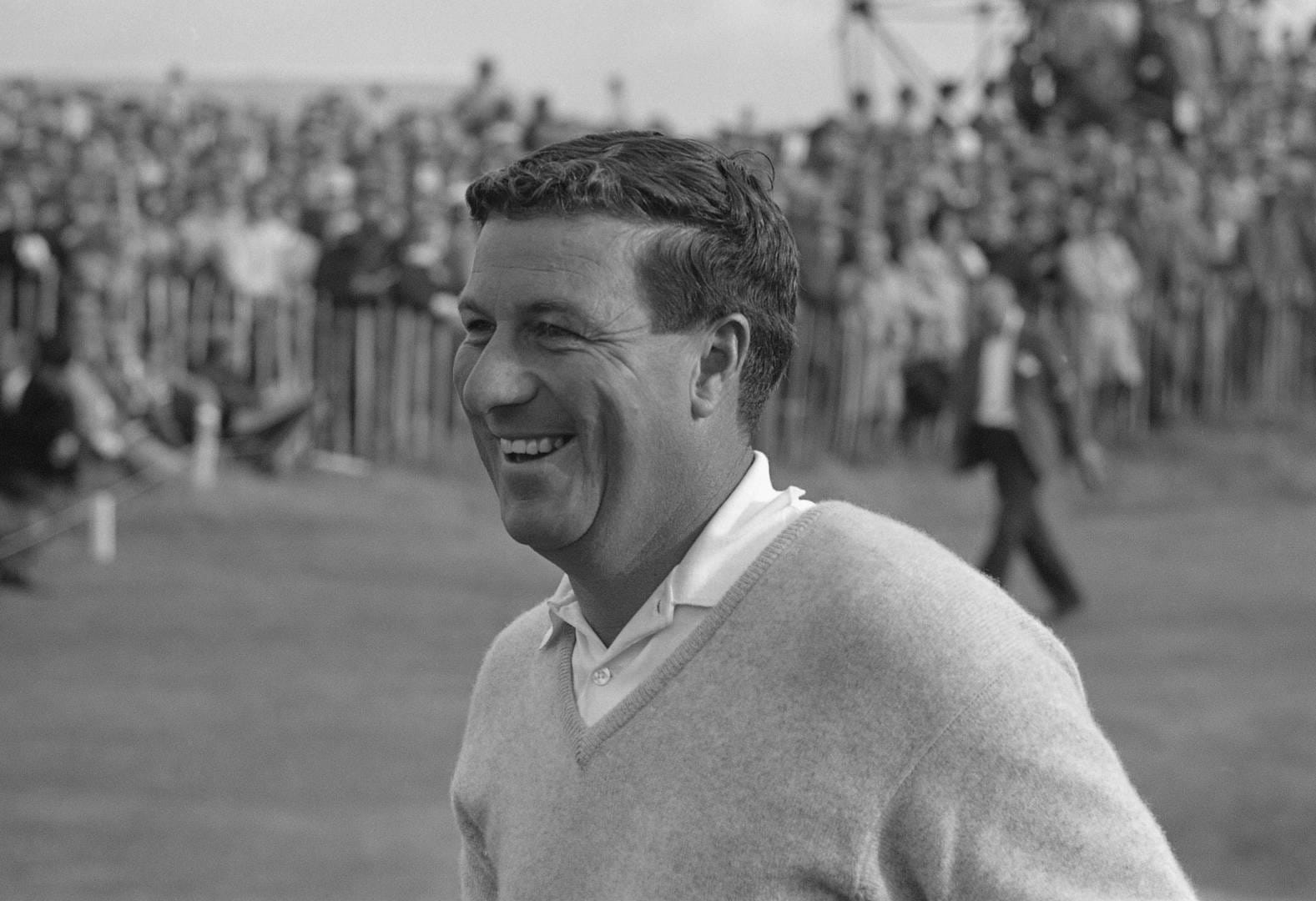 Just 148 players – the lowest since 1904 – entered and Thomson showed absolutely no nerves on his debut as he posted a flawless two-under 70 to sit in a tie for third after the opening round.

Faulkner was not far behind after shooting 71 in his first round, with Scotland’s Jimmy Adams and Australian Norman Von Nida leading the way on four under.

A second round of 75 dropped Thomson down the field, though, as Faulkner took to the front for the first time with a two-under 70 – leaving the Australian four shots behind.

Faulkner’s confidence was there for all to see and after another flawless 70 in round three, he found himself six shots clear of the field and a further shot clear of Thomson.

The Australian’s third round of 73 left him on two over, and in sole possession of fourth, while he concluded his debut with another 75 to finish tied sixth on five over.

Despite a valiant effort, he had no answer for Faulkner – who, before the final round, signed an autograph for a young fan who had approached him: Max Faulkner, Open Champion, 1951.

Luckily, his bravado did not come back to haunt him as a final-round 74 completed a two-shot victory over closest rival Antonio Cerda and Norman Sutton, making him Champion Golfer of the Year.

Links golf can be a tough craft to learn but Thomson was a Champion Golfer within three years of his debut, holding off Bobby Locke, Dai Rees and Syd Scott at Royal Birkdale in 1954.

It sparked a run of four Opens in five years, with 1957 the sole blemish on his copybook as he finished runner-up to Bobby Locke. Only Harry Vardon has won more. 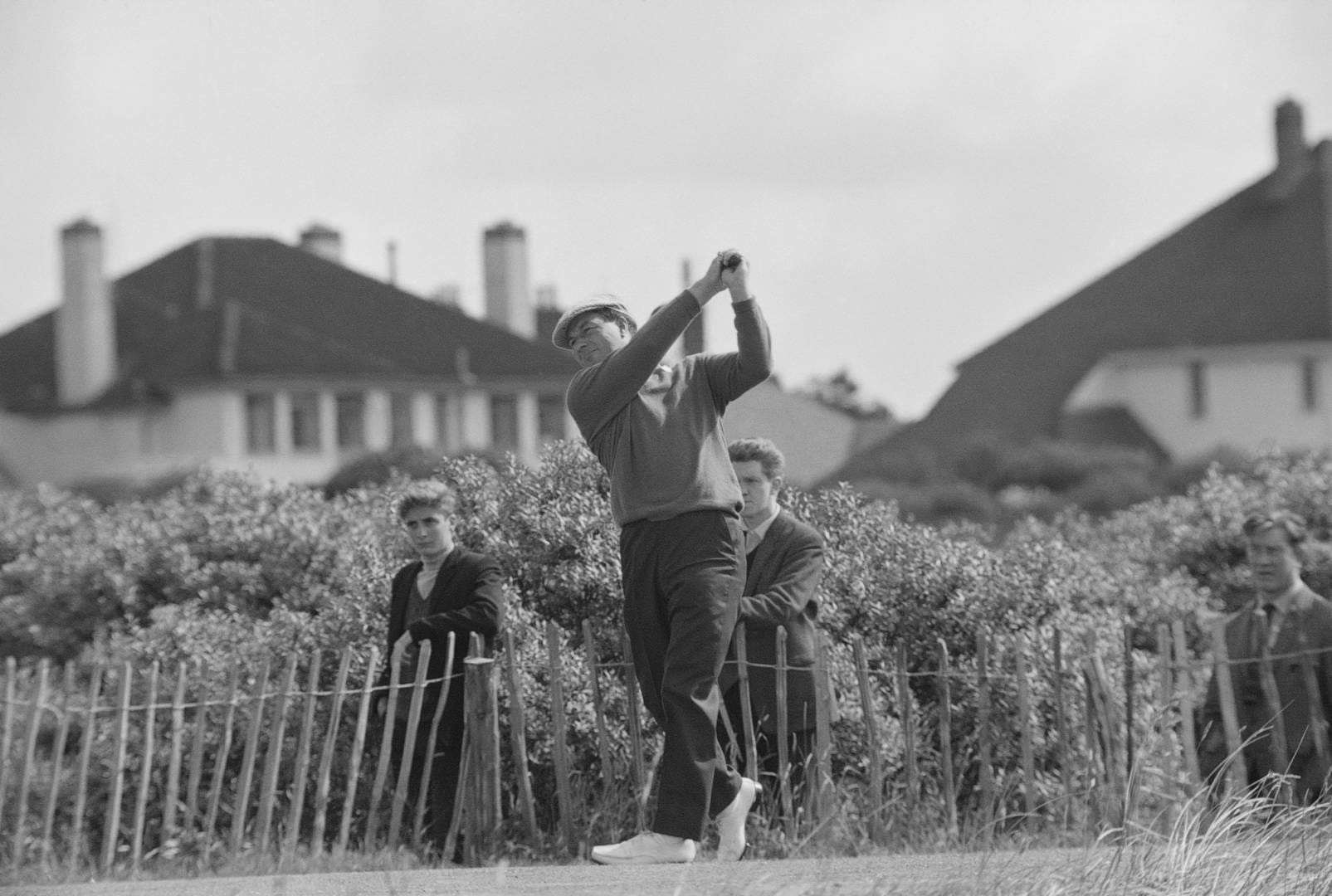 Having virtually stole the show at Portrush aged just 23, Locke immediately took him on a tour of South Africa where they played 63 head-to-head exhibition matches.

But perhaps his most famous win came in 1965 – the first Open to be televised. Thomson later admitted: “For the last 40 years I’ve been ignoring it but I’m now beginning to be a bit more proud of myself.

“I didn’t want to be a public star. I had a very joyful time, playing a game that I loved for the sheer pleasure of it. I don’t think I did a real day’s work in the whole of my life.”

Before his death in June last year, Thomson welcomed the news that The Open would be returning to the scene of his first Open 68 years after he graced the links of Portrush.

It will only be the second time golf’s oldest major will be staged outside of England and Scotland and for Thomson, the return of the Claret Jug to County Antrim conjured up fond memories.

“It’s excellent news The Open is returning to Royal Portrush in 2019,” said Thomson, who was inducted into the World Golf Hall of Fame in 1988.

“To my reasoning there is nothing that should stand in the way of Royal Portrush hosting the event in this day and age.

“Although my memory of that time is faint, it is a classical links courses. I do remember playing two rounds with Joe Carr and I enjoyed the experience.”