Despite having never set foot in Portrush before, four-time major winner Brooks Koepka will have an ace up his sleeve when he tees up for The 148th Open in July.

The American’s secret weapon comes in the form of his caddy, Ricky Elliott, who was born and raised in Portrush and has – by his own estimation – played the course around 1,000 times.

He will now hope he can make the difference when Koepka lands in Northern Ireland, where he will look to improve on his previous best Open performance – T6 at Royal Birkdale in 2017.


Elliott was a promising young golfer and played at Royal Portrush as a junior, winning titles such as the Ulster Boys Championship and the Ulster Youth Championship.

The Northern Irishman went to college in the States at the University of Toledo and attempted to make it as a pro before the opportunity to become a caddy came along.

“I went to Florida to try and play and worked as an assistant at Lake Nona down where GMac [Graeme McDowell] and that are at and I did that for four or five years,” he said.

“The opportunity then came along to caddy for one of the European Tour players, Maarten Lafeber. I spent about two-and-half-years with him and I was still living in the States at the time.” 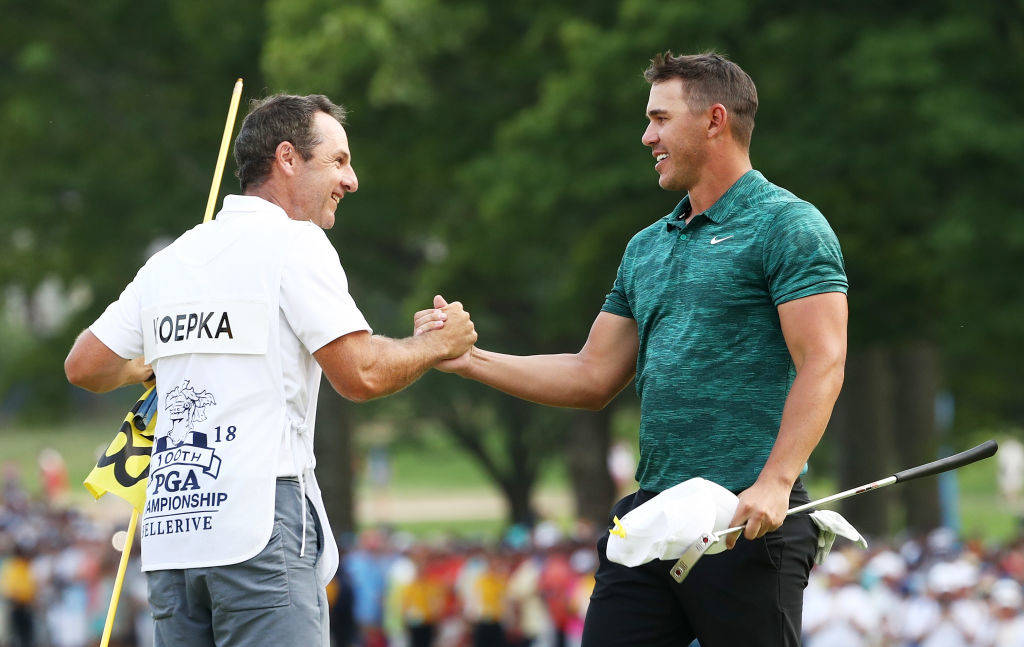 Following his time on the bag with the Dutchman, Elliott got the chance to work with 2003 Champion Golfer of the Year Ben Curtis and remained with the American until he lost his tour card.

Elliott was then introduced to Koepka in 2013, when he was on the cusp of securing his European Tour card through the Challenge Tour, and the pair hit it off from the start.

“Straight away it was obvious he was going to be a great player and we’re now more than five years on, so it seems short but when you look back I’ve been caddying for 10-11 years now,” he said.

“Brooks is a world class player, a world class chap and he’s never been down before, so I can’t wait for him to come to Portrush this year.”


Koepka qualified for his Open debut in 2013 at Muirfield, where he experienced a baptism of fire as he failed to make the cut, but he has since made a regular impression on the leaderboard.

He made the cut at Royal Liverpool the following year before finishing in a tie for 67th and registered a top-10 finish in 2015 at St Andrews – which also happens to be Koepka’s favourite course.

A T6 finish at Royal Birkdale demonstrated his Champion Golfer potential and after a top-40 at Carnoustie last year, Elliott admits his own course knowledge should help Koepka in Portrush.

“It probably will be [an advantage to have me on his bag], having played the course probably 1,000 times there’s always little things that you can keep him right on,” he said.

“Having grown up on the greens, you can line a putt up in the dark, it’s just your home course like everyone else’s and it’s probably a little bit of an advantage.” Ricky Elliot, Caddie of Brooks Koepka

“But the distances that he’s hitting it and the way the game had changed, he’s going to be playing the course a bit of a different way to when I was a few years ago. I think he’ll love it.” 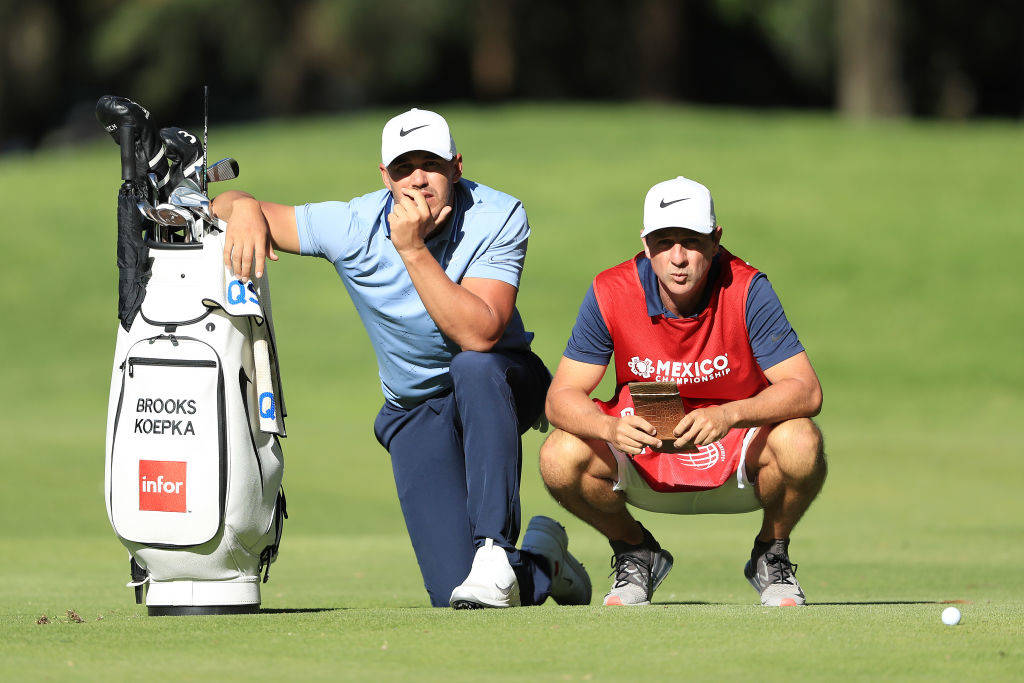 It’s not just Koepka who Elliott has been raving about Portrush to since the course was confirmed for The 148th Open, with his fellow caddies also being encouraged to make the most of it.

“I think they’re excited to go to Northern Ireland as a lot of them have never been,” he said. “I said to them you’re going to love it, the town is great, the people are friendly and you’ll love the course.”


While The Open will be returning to Portrush after a 68-year hiatus, much has changed since Max Faulkner lifted the Claret Jug in Northern Ireland in 1951.

Two new holes, fashioned from the dunes formerly in play on the Valley Links, will test the players this summer as the par-5 seventh and par-4 eighth make their Open debut.

“I’ve played the two new holes and I think they’re fantastic,” said Elliott, who has also caddied for Matt Fitzpatrick. “They look like they’ve been there for a million years.

“Despite the changes to terrain and everything it just looks like they’ve done a fantastic job and I don’t think anyone is going to play it and think, ‘Is this two new holes?’

“It doesn’t seem like it, so they have done a great job changing the course, with the new tees and made a lot of the holes a lot tougher and stronger, I think they’ve done fantastic.”

And while he is confident about Koepka’s chances, Elliott concedes he has not yet thought about what would happen if his man was crowned Champion Golfer at his home course.

“I can’t even imagine it to be honest,” he said. “With the three majors that he’s won, he’s also generally done pretty well in The Open as well – he’s a good wind player and likes links golf.

“If he's lifting the Claret Jug on Sunday night at The Open at Portrush I might have to retire.” Ricky eLLIOTT