With loud trousers, a booming drive and devil-may-care outlook on life, John Daly is one of the most colourful characters to ever swing a golf club.

The popular American, who celebrates his birthday on April 28, has won two major championships, lost $60m gambling and played a live music set at the renowned Cavan Club. Life with ‘The Lion’ is never dull.

But perhaps his greatest achievement came at St Andrews in 1995 when he became the eighth American to conquer the Old Course and become Champion Golfer of the Year.

A long hitter with a velvet touch, Daly has proven to be almost unstoppable when his game clicks into place and, although that has not happened as frequently as he would have liked, he still remains a force on the Champions Tour.

He remains exempt at The Open until he turns 60, so fans this side of the Atlantic still have a few years left to watch their idol up close.

One of the great Masters traditions involves Daly signing autographs outside the local Hooters bar but it’s his fashion sense which perhaps sets him apart, with his trousers displaying some of the craziest designs seen anywhere in the world.

A musician, Daly has released two albums, provided back-up vocals to rock star Kid Rock and performed a set at the Cavan Club – which was where the Beatles first made their name – on the eve of The Open at Royal Liverpool in 2006.

That, plus his taste for a drink, unrestricted diet and fondness for a flutter, has made him one of sport’s most popular characters.

On the course, Daly’s desire to win is second to none and, now into his 50s, he still has a deep, burning ambition but it’s his son – Little John Daly – who is beginning to make for himself in the junior ranks. 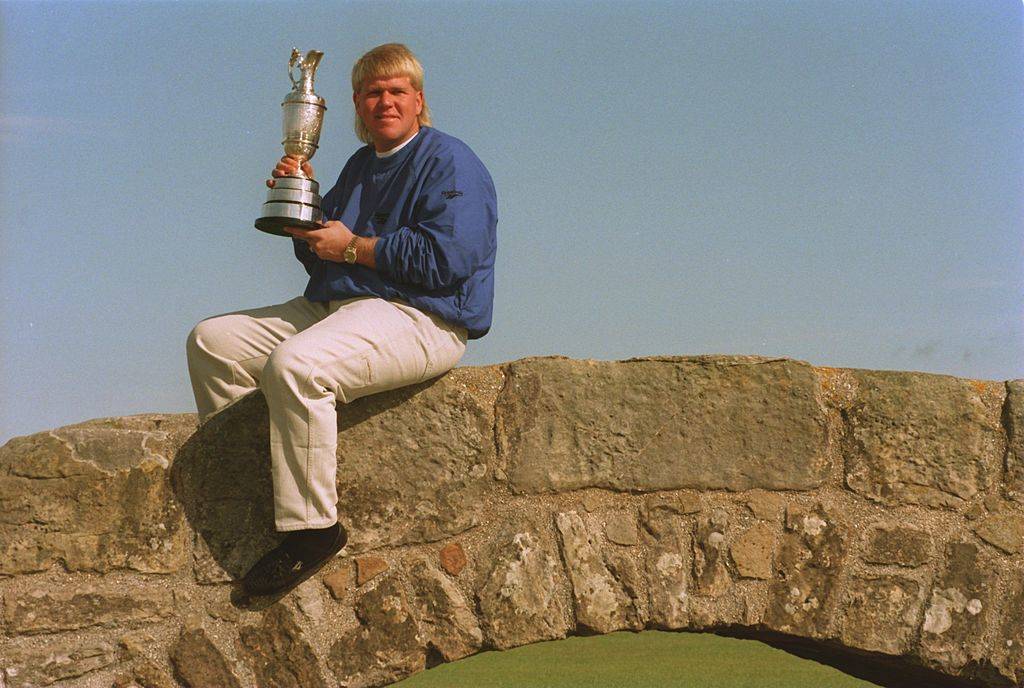 If he does as well as his dad, then he will do just fine.

Daly turned professional in 1987 and quickly found success, winning the Missouri Open that year. But, true to his character, his rise to the top was different.

He did not join the PGA Tour for four years, instead honing his craft on the Sunshine Tour in South Africa where he won two titles.

But to many he was an unknown when he arrived for the 1991 US PGA Championship. However, he left as the next big thing in golf.

Daly was the ninth and final alternate on the eve of the championship and only booked a tee time days before, when Nick Price dropped out of the tournament due to his wife entering labour.

Daly even inherited Price’s caddie Jeff Medlin and arrived at Crooked Stick Golf Club just in time to tee off for his opening round. The rest of the field had several days to practice.

The right-hander’s booming drives and aggressive swing quickly caught attention. His ball repeatedly carried for more than 300 yards, a regular occurrence today but so rare in 1991, and crowds flocked to see him take the course apart.

But for a player who swings his club with the violence of a heavyweight boxer, Daly has a surprising softness and gentle feel around the green.

He chipped and putted beautifully all weekend to card consistent scores of 69, 67, 69 and 71 to win his first major and his first PGA Tour title.

Daly added two more PGA Tour wins in 1992 and 1994 but he was hardly one of the favourites when he arrived at St Andrews for The 126th Open.

However, he adapted perfectly in tough Scottish conditions en route to winning the Claret Jug. He co-led after round one with a five-under round of 67 before keeping his cool in high wind to maintain his position at the top with a 71 on Friday.

Daly faltered slightly on day three and a score of 73 knocked him four shots back from New Zealand’s Michael Campbell but he rebounded with a final-round 71 to take the clubhouse lead at six-under.

With Campbell and final-round partner Costantino Rocca both struggling, Daly started to celebrate as they walked up the 18th but Italy’s Rocca sunk a 65-foot birdie to force a play-off.

However, Daly held his nerve and won by four strokes to claim the Claret Jug. It remains the highlight of a fine career.