Heading into The 132nd Open, the only Kent that Ben Curtis had ever heard of was his hometown in Ohio.

The town of Sandwich and Royal St. George’s Golf Club in the English county of Kent was brand new to him.

And yet, when all was said and done at The Open 16 years ago, Curtis’ name will be forever associated with that corner of England.

For the Kent-native’s ascent to Champion Golfer of 2003 is one of the more extraordinary upsets in golfing history.

The American arrived in Sandwich as the world No.396, he had never been to the course before, never played links golf before, indeed he had never before appeared in a major.

13 is so often an unlucky number but not this year – not for Curtis.

This was the 13th time staging the Open in Sandwich and Curtis had only secured his spot after a 13th-place finish the week before at the Western Open as one of the top eight finishers who were not already exempt.

He was a 300-1 outside but from the very moment the presumptive favourite Tiger Woods sprayed his first tee shot to then right and lost his ball, there was something in the air. 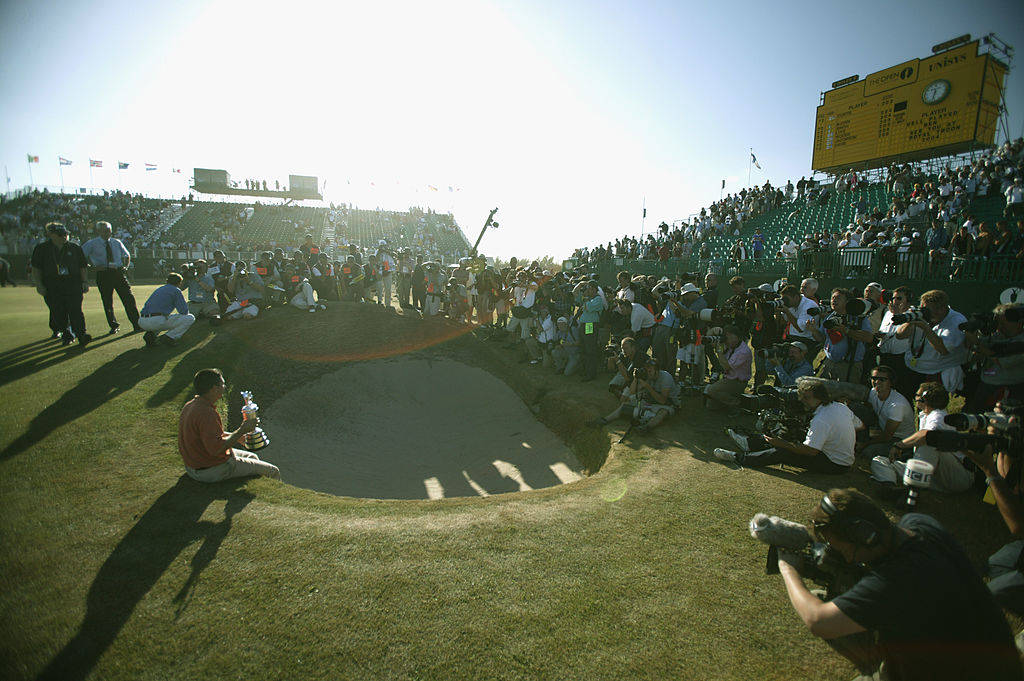 Baked hard and with the tightest of fairways, the course played so tough all week.

Indeed Curtis ended up as the only man to finish under par, but to start with he was struggling to work out which green he was playing to.

"When I first got there, I had no idea where to go," Curtis said of trying to play the course. "It's hard to tell where the first fairway is. Half the time my fiancée [now wife Candace] would walk ahead so I could see the fairway. That's kind of how I got through the week.

"It was very different and unique. I don't know if it was the colour or the tightness of the fairways that appealed to me, but it as something that once I got the lines off the tee, I felt a little more comfortable." 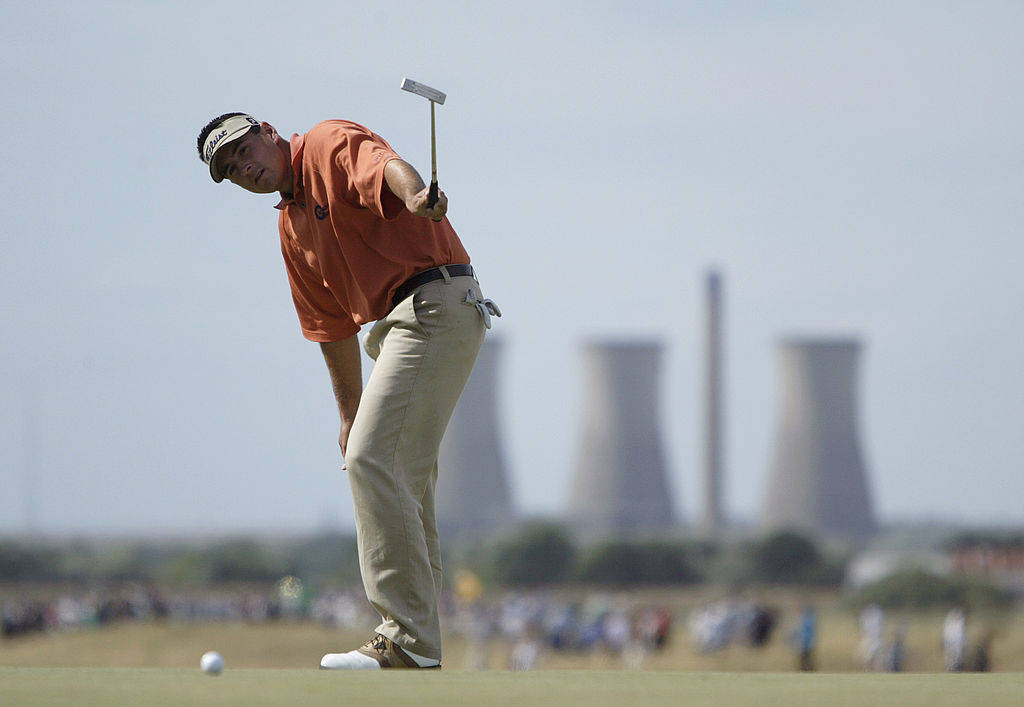 Curtis had only turned professional three years earlier, playing on the Hooters Tour with no real stand-out success.

After winning his PGA Tour card, he remained unheralded as a rookie until that famous weekend at Royal St George’s.

Back to back 72s took him into Saturday in tied fourth, two shots off the leader Davis Love III with Thomas Bjorn in second.

By Saturday Curtis was still hanging around, up to third after a 70 but the leaderboard was bunching at the top and few gave the plucky debutant a hope.

Woods and Vijay Singh had rejoined the leaders, Love III and Bjorn still out in front as the pacesetters.

Surely Curtis was not going to be the man to upset the applecart?

Francis Ouimet was the last man to win on his major debut, and that was back in 1913 at the US Open.

“Looking back, my whole goal there was just to have fun and play all four days," said Curtis.

"And to be holding the Claret Jug at the end of it ... I guess it's a fairy tale in a sense. To be part of it is something unique. I'll never forget what happened, that's for sure."

What unfolded on that final Sunday was sporting theatre at its best.

Curtis gets the plaudits but people will never forget the sandy grave on 16 where Bjorn buried his maiden major chance.

Leading by three shots with four holes to play, Bjorn bogeyed 15 and arrived on 16 with the tension at its highest.

And then not once, but twice, his escape shot from the greenside bunker rolled back to his feet and from there you could put a fork in the Dane, he was done.

Curtis up ahead had made an astonishing start to the Sunday, clearly relishing the battle with the greats of the game.

He birdied five of the first 11 holes to build a lead but slipped back with four bogeys in the last six holes and ended with a 69 after a clutch par putt on 18, the clubhouse leader on one under.

And with Bjorn, Love III, Woods and Singh all faltering on the ruthless back nine, Curtis could not be reeled in.

Curtis became the first debut winner at The Open since Tom Watson in 1975 and moved up to 35th in the world, the highest jump for any player.

But the 16-year-old was trying to take it all in stride. “This isn’t all that new to me. I’ve been sort of preparing for this all my life.”

Born and raised on a golf course, his family runs the Mill Creek Golf Club in his native Ohio, Curtis meant what he said.

And in the immediate aftermath of that Open win, he looked to the manor born.

A number of impressive results saw him claim the 2003 Rookie of the Year award on the PGA Tour.

But his subsequent career was filled with peaks and troughs, twice more he broke the top ten at the Open and has a tied second and a tied 11th on his CV at the US PGA Championship.

But he retired at the age of 40 last year with his most recent tour win coming at the Valero Open in 2012 to focus on teaching the game of golf to the next generation.

Keen to spend more time with his own family, Curtis will forever be a pub quiz question answer – but also remembered as a man who got the most out of his own game. And that would be a great lesson to pass on to his students at the newly-opened Ben Curtis Golf Academy.