The year he almost made history

It’s now just ten weeks to the day until players tee off for their first round at The 148th Open, a tournament that will mark a decade since one of the most dramatic stories in the history of golf’s oldest major.

Ten years ago at Turnberry, one of The Open’s most decorated golfers came within a whisker of making history as Tom Watson fell agonisingly short at the last in his unlikely plight to become the oldest man to win a major.

The clock showing 26-years since the five-time Champion Golfer last lifted one of golf’s big four, the then 59-year-old proved that age is really just a number, coming within eight feet of glory and what would have been one in the face for the sceptics.

“The old fogey almost did it” Tom Watson

Entering the tournament at 1500-1 to lift the Claret Jug, Watson’s opening 18 certainly raised eyebrows – he carded a bogey-free 65 to sit one shot off the lead at -5 – but was merely seen as a happy fluke, impossible to sustain across four days of exhaustive links golf.

But the Kansas City native thought otherwise, and despite the Ayrshire weather taking a predictable turn for the worse on Friday, Watson used all of his years of experience to dig in and shoot a level par round – long putts at 16 and 18 particular highlights – to sit tied for first alongside compatriot Steve Marino at the halfway stage.

But surely Watson – who was still technically recovering from a hip replacement just nine months previously – would fade with the rigours of the weekend? 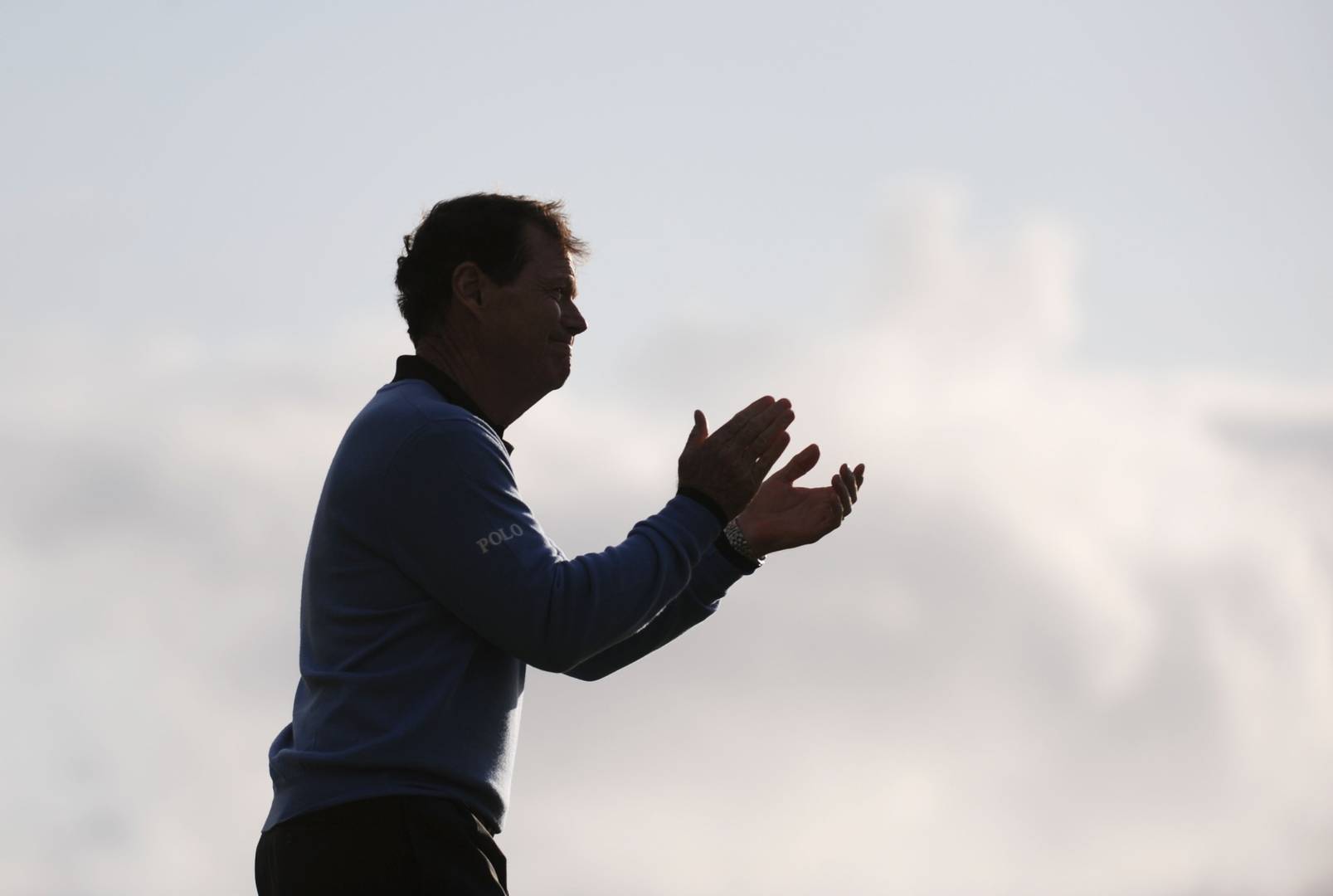 Sunday at The Open

Playing with the effervescent joie de vivre of a man half his age, and always with that trademark smile on his face, it seemed that Watson had allowed himself to believe when he stepped onto the tee box at the first on Sunday.

The crowds roaring and the whole world watching, there was the weight of hope on his shoulders.

It seemed to have told when he bogeyed twice in three holes as the lead began to change hands: first Ross Fisher took the initiative, then Matthew Goggin, but Watson stayed with the pack.

Playing in the final pairing, the 59-year-old had the whole course in front of him, the weather clearing to allow several to make a charge.

He watched the scoreboard as Lee Westwood moved into contention with an eagle on seven, while Stewart Cink crept up the standings to pile on the pressure.

But still, heading onto the back nine, Watson was there – not flailing from his troublesome hip, nor flagging from 63 holes of gruelling golf, but keeping steady in the hunt for history.

Cheers at the last signalled a big birdie for Cink, drawing him level with Watson at -2, but the elder statesman responded in kind with one of his own at 17.

A putt to win

Needing to make par on the 72nd hole of The 138th Open to become only the second man after Harry Vardon to win six Claret Jugs, Watson crossed his fingers and promptly hit the middle of the fairway.

The hole known as the Duel in the Sun had proved the making of Watson 32 years earlier when he prevailed in an epic duel with Jack Nicklaus to win his second Open in 1977.

Addressing his ball with an eight in his hand, he struck his approach sweetly – too sweetly – and watched as it sailed over the green to nestle on the fringe.

No problem – up and down in two was all he required to make par and win – but his flat stick left him needing ten feet for a four.

With what could have been the final putt of the Championship, the gravity of the situation took its toll as Watson left it agonisingly short, his smile turning to a grimace; he knew from the moment he hit it. 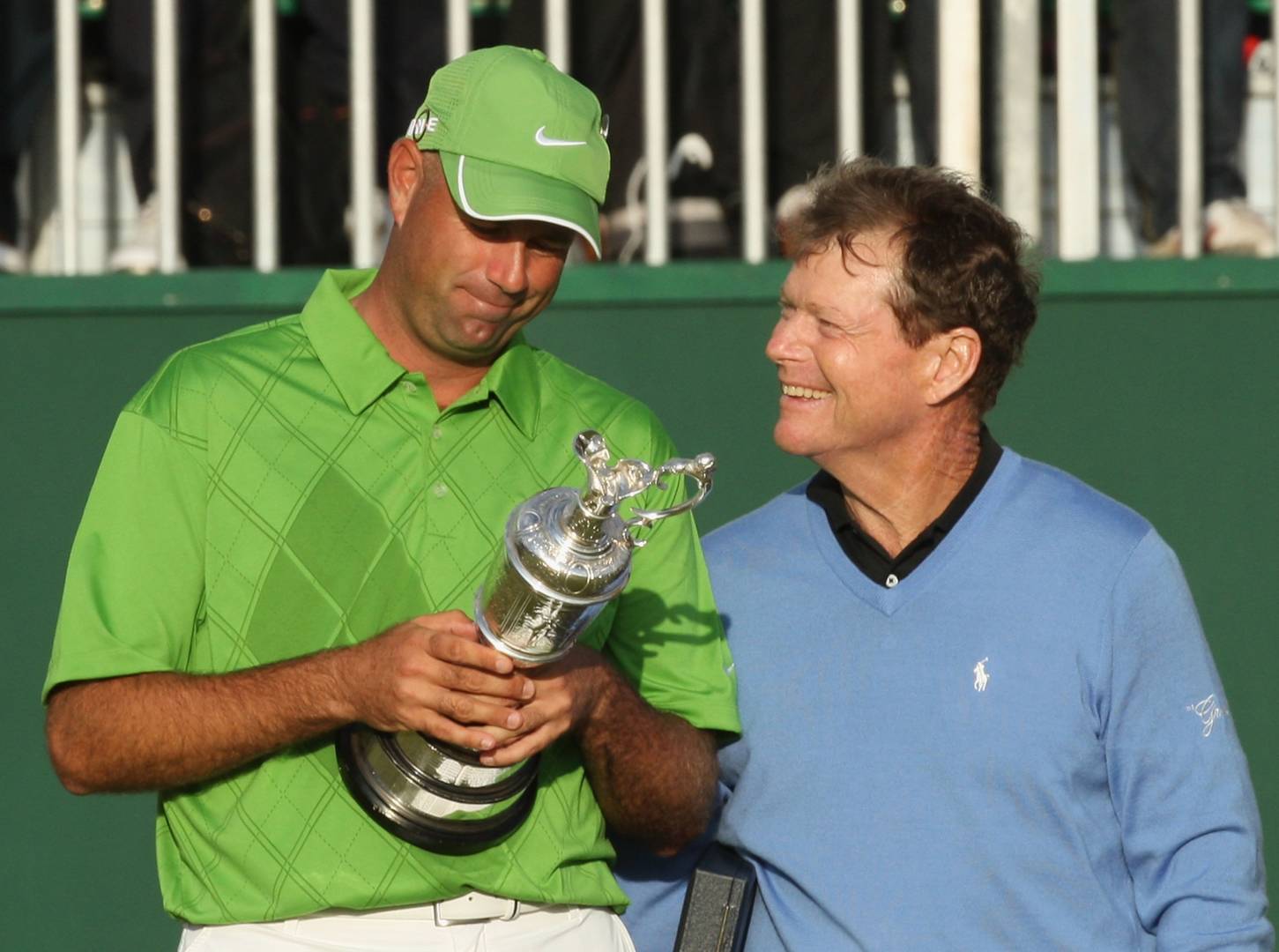 ‘Hell of a story’

And from there the result seemed inevitable: a playoff with Cink was navigated with ruthless expertise by the younger man.

Still with that smile on his face, Watson congratulated his opponent, struggling to fathom what was one of sport’s all-time greatest nearly moments.

"The old fogey almost did it," he said afterwards.

"It would have been a hell of a story, wouldn't it? It wasn't to be and yes it was a great disappointment. It tears your gut, as it always has torn at my gut. It's not easy to take."