How The Open returned

Most Opens take four years to plan. From the announcement of the host venue to the opening tee shot, one Olympic cycle is about right to get everything ready.

However, The 148th Open has been 26 years in the making, backing up the old adage that good things do indeed come to those who wait.

When Max Faulkner walked off the old 18th green with the Claret Jug in hand in 1951, little did anyone know that it would take 68 years to return to Royal Portrush.

There is no secret to Royal Portrush’s bid to return the Claret Jug to its clubhouse. Just a group of very determined individuals and a stunning golf course – that needed to win back its profile.

"The problem was that, in the 1980s and early 1990s, nobody wanted to come to Northern Ireland - let alone to play golf,” said Wilma Erskine – the club secretary of 35 years.

“We were struggling a bit. We had an ageing membership, a course hardly anyone played because of what was going on and then a course which in places had big problems. I remember one of our greenkeepers taking off the top of one of the greens and beneath it was just gunge.”

Hosting The Open could hardly have been any further away at this point but every mission must start somewhere and to host golf’s oldest major, you must first show you can host an event. 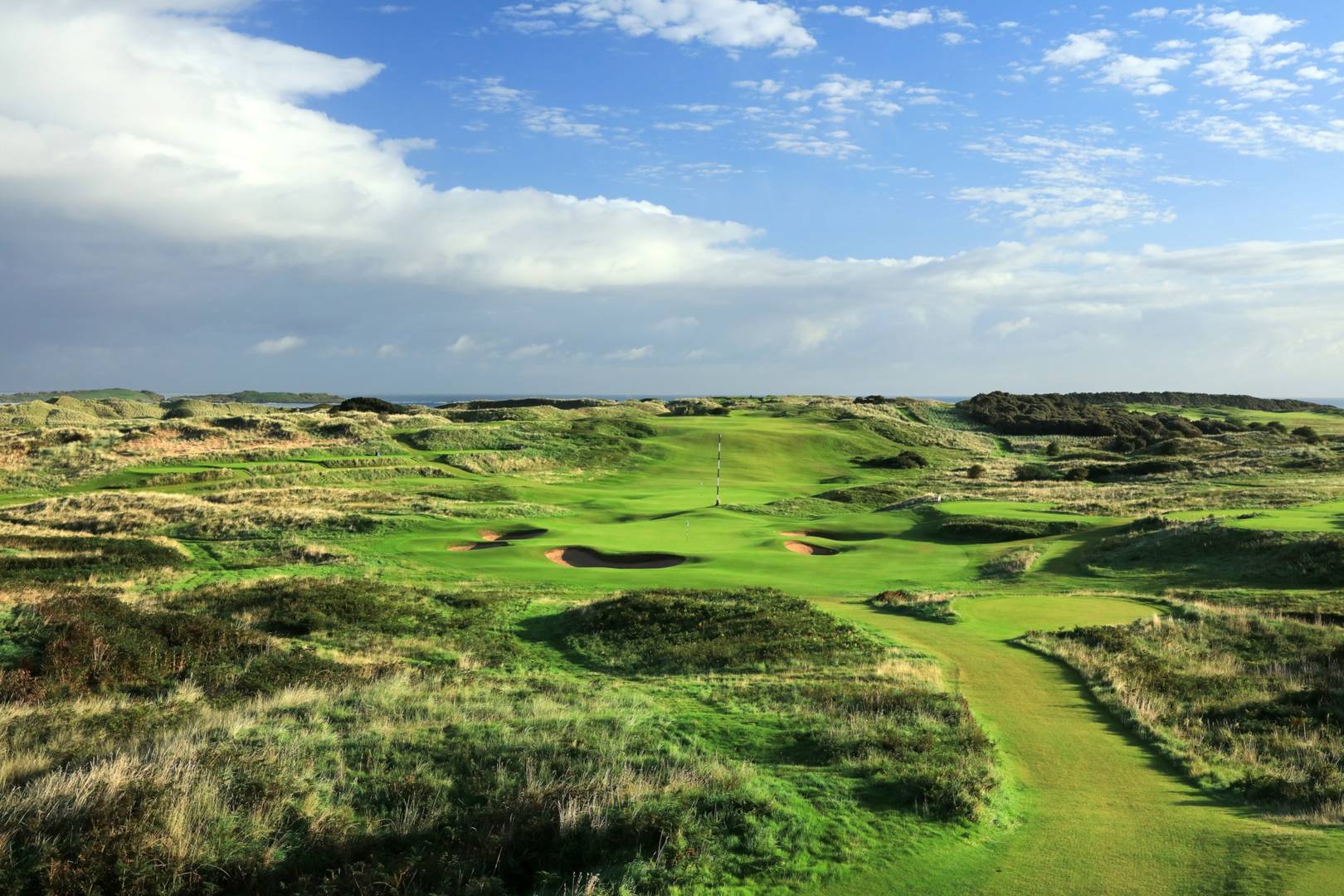 Erskine got to work, with The Amateur Championship returning for the first time in 33 years when it landed on Antrim’s coast in 1993. Then came The Senior Open two years later.

“But Sir Michael Bonallack, who was secretary of The R&A at the time, invited us to have The Amateur and I think that kick-started it.

“The R&A saw that we could do these things, we had big crowds and some fantastic people played in it, like Lee Westwood. Then we had The Senior Open.

“The great Arnold Palmer was here and then there was Brian Barnes, who was Max Faulkner’s son-in-law, and he won it in 1995 and 1996 so that was very poignant.

“Max Faulkner actually came in 1995, which was lovely, and that was the first time he had been back here since winning.

“We had that from 1995 to 1999 and we had some amateur events in between and then in 2004, we had The Senior Open again. We realised we needed events to keep our status.”

“Here we are, little Northern Ireland and we will host the biggest sporting event in the world. ” Wilma Erskine, Royal Portrush Club Secretary

Slowly but surely, Royal Portrush was beginning to restore its name. Any course that boasts views towards the Giants Causeway, Dunluce Castle and the Western Isles of Scotland, while providing as stern a test of golf as you will find anywhere, always stands a chance.

When The Senior Open started to rotate venues, the events dried up again, leading Erskine to put her plan into motion. The club decided to pitch for more amateur events, with the ultimate ambition to bring The Open back to Royal Portrush.

The year was 2006 and seeing Royal Liverpool return to The Open’s rota for the first time in 39 years proved it could be done.

But to really get event organisers talking, Erskine chased the Irish Open – an event traditionally staged south of the border.

The deal was struck with the European Tour in December 2011 and in June 2012, Jamie Donaldson won the title.

“That was a very quick turnaround but sometimes it brings everyone together to make a concerted effort,” Erskine said.

“We got huge crowds, and this was in the background while we were making our case to The R&A, so they sent a couple of guys open to see if we could have the infrastructure to host an Open.

“We did not have many stands, but it is all about car parking and getting people around the course. We managed very well, and the European Tour stopped selling tickets a week in advance. 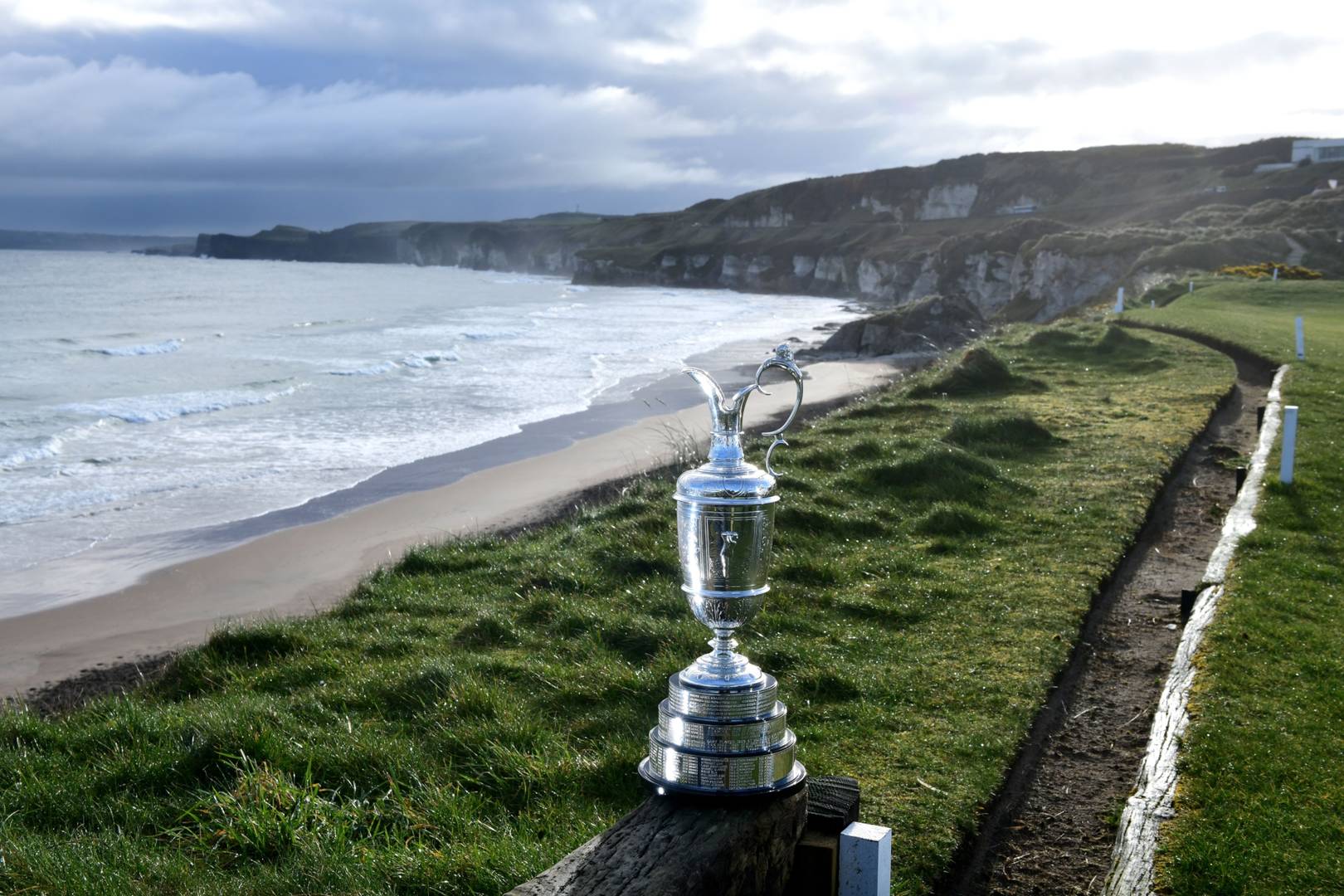 A Sprinkling of Stardust

In a relatively small country like Northern Ireland, it also helps to have some powerful influencers – such as three major champions.

In the space of two years, Graeme McDowell, Darren Clarke and Rory McIlroy all won major titles – with Clarke the 2011 Champion Golfer of the Year. McIlroy would win The Open in 2014.

“We have an event here called the North of Ireland, which is a bit of a feeding ground and I have seen them all come through,” Erskine said.

“Paul McGinley, Padraig Harrington and Darren – I remember them with their £10 to enter and look at them now.

“It is strange watching them now when you think of their bank balances. But they have all done so much for us, especially Darren – who is a member here and really played his part.”

The R&A had been considering a potential return to Portrush for some time and, after watching the Irish Open, Peter Dawson, then Chief Executive of The R&A, along with course designer Martin Ebert, scouted Royal Portrush to determine whether it could host The Open. They were impressed. But there was one big modification to make.

“They came back and said we think there is a possibility here, but you might not like it,” said Erskine.

“They wanted to get rid of 17 and 18 and make that the Spectator Village and then create two new holes in the valley.

“We thought that was drastic but lo and behold, we communicated it the members and they were on board. The guys went into the dunes and created two new holes and they are monstrous; they are stunning.” 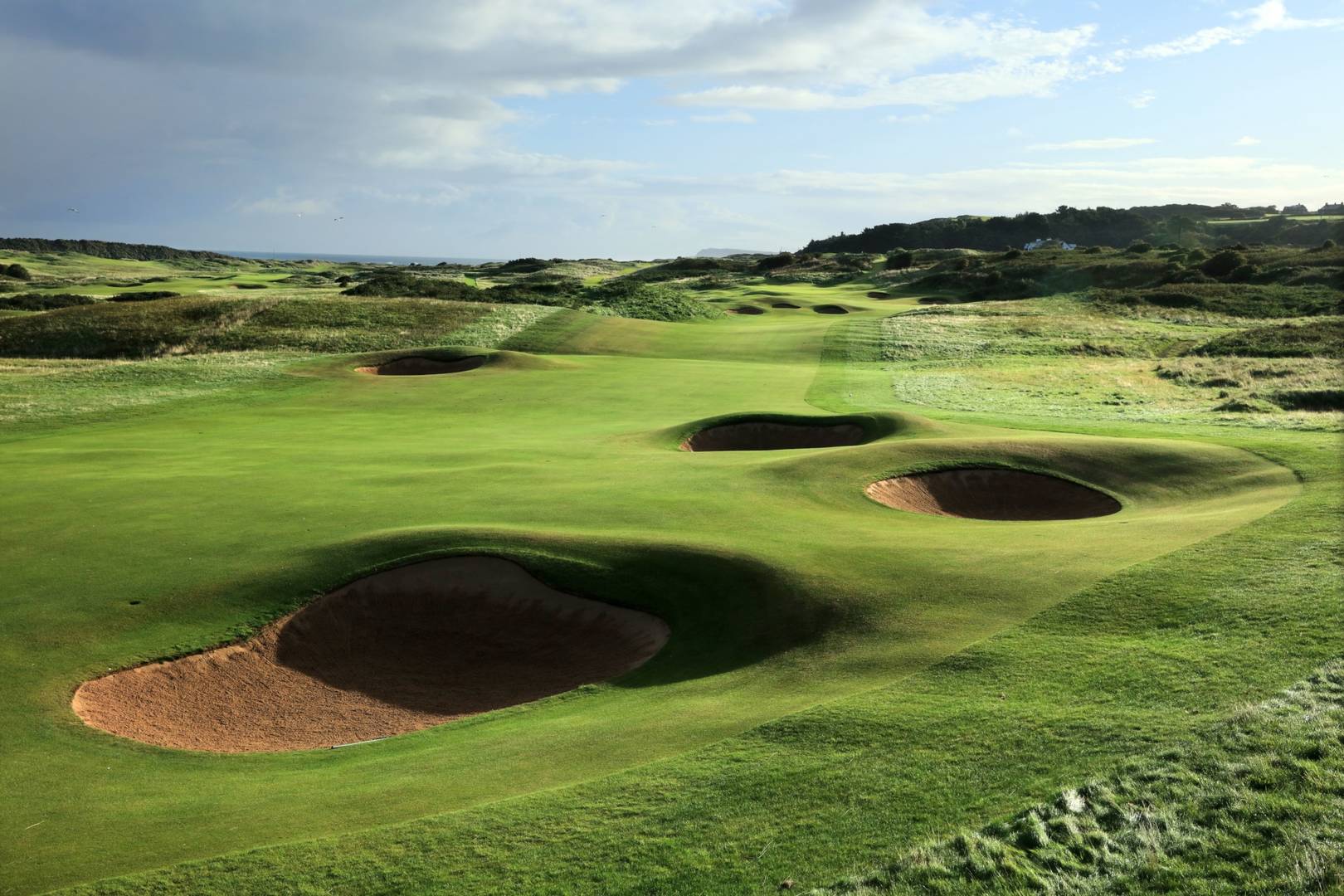 So with the course transitioning, solid proof that big events could flourish, famous golfers lobbying and two new holes about to be installed, Royal Portrush was finally announced as host to The Open in 2019.

“We had the confirmation in the room and I remember saying to Peter Dawson that he had not sent us an official invitation letter,” Erskine added.

“He asked me who to send it to and I replied, ‘send it to whoever you want’. So he wrote ‘Dear Wilma’ and I thought that was so sweet because that is history.

“You have to have a wee bit of fun in life. It is only golf – it’s not life and death!”

Now the countdown is reaching its final stage, all that’s left is for the players to arrive and contest one of the most special Opens in history.

“Let’s face it, it is a dream that has come true,” said Erskine. “This is a very emotive and special Open and I think it will be even more so nearer the time.

“As soon as the infrastructure goes up, there will be such a buzz and excitement.

“Here we are, little Northern Ireland and we will host the biggest sporting event in the world.”

It may have taken 26 years but, for Royal Portrush, it’s mission complete.