The story of Harry Bradshaw in 1949

Harry Bradshaw may well have become the Champion Golfer of 1949.

The Irish professional was tied for lead with Englishman Max Faulkner and South African Bobby Locke heading into the final round at Royal St George’s.

Another 18 holes failed to separate Bradshaw and Locke, who finished their four rounds tied on 283, and they went into a 36-hole play-off to decide the destination of the Claret Jug.

Locke ultimately emerged victorious by 12 strokes but had it not been for a cruel twist of fate in his second round, Bradshaw could have etched his name into Open history.

Instead, his name is remembered for one of the most bizarre incidents ever to grace golf’s most prestigious major. Here’s a look back at Bradshaw’s moment to forget.

Born in Delgany, County Wicklow, Bradshaw grew up in a family of golfers with his dad and his three brothers all playing the sport professionally.

Bradshaw had plenty of success during his career and won the Irish PGA Championship ten times between 1941 and 1957, tying with Christy O’Connor Snr for most wins.

But despite racking up 18 wins as a professional, Bradshaw’s only chance at winning a major championship came in 1949 at The Open in Sandwich. 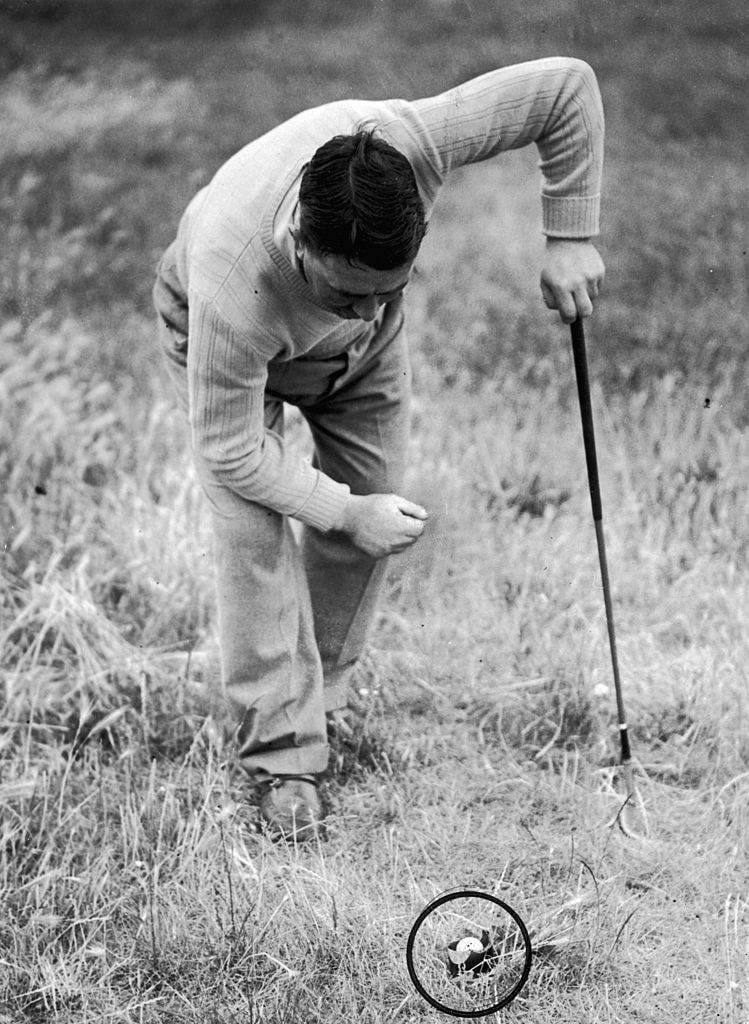 A great start at Royal St George’s saw him post four-under in his opening round, leaving him just one shot off the overnight lead held by Scotland’s Jimmy Adams.

Disaster struck for Bradshaw in his second round, though.

On the fifth hole, the Irishman pushed his drive into the rough and his ball, against all the odds, ended up in the bottom of a broken beer bottle.

Unsure of the rule and with no referee nearby to consult, Bradshaw decided to chance his luck, shutting his eyes and swinging at the bottle to free the ball.

The glass shattered everywhere as Bradshaw moved his ball around 25 yards. From there, he ended up making a six and lost his composure en route to posting a second-round 77.

Bradshaw would have been entitled to relief from the broken bottle - even though the wording at the time was ambiguous. It was a missed opportunity that proved decisive.

Bradshaw and Locke were both five behind going into the last day, with the final two rounds of The Open both played back-to-back on the Friday in 1949.

The two players recovered after having second rounds to forget a day earlier, with Bradshaw and Locke shooting morning rounds of 68 to share the lead with Faulkner.

The Englishman then fell away with a 74 in the afternoon, while Bradshaw set the target with a 70 and forced Locke to birdie the 17th to force a play-off – which he duly achieved.

But it was a case of what might have been for Bradshaw, who was left to rue that bottle incident on the fifth hole. Had he taken the drop, the Claret Jug could have been his.