Countdown to The Open

There are just two days left to enter Open qualification and play for the chance to compete at the 148th iteration of golf’s oldest championship at Royal Portrush, alongside the likes of Champion Golfer of the Year Francesco Molinari.

Twelve spots are up for grabs at Final Qualifying, with 13 Regional Qualifying venues spread across the UK and Ireland and entry open to professionals or amateurs with a handicap of 0.4 or WAGRTM Ranking within 1-2,000.

The entry fee is £150, with the final deadline on Thursday 30 May as The Claret Jug returns to Northern Ireland for just the second time.

It was back in 1951 when The Open made its debut at Royal Portrush, back in the days when all competitors were made to navigate the perils of qualification.

“The Open meant everything to me.” Max Faulkner

While Open hopefuls this year will take part in a qualification process spanning nearly a month, back in 1951, they had only a day between the final round of qualifying and the first of The Open proper.

The field of 148 split in two, each group took it in turns to play 18 at Portrush and at neighbouring Portstewart for a place in the final 98.

Chief among those hoping that their qualification form would translate to The Open itself was Arthur Lees, whose 69 at the more difficult Portrush bettered Harry Bradshaw’s course record by a single shot, while over on Portstewart, 68s from Norman Von Nida and Tom Haliburton saw them make an early impression on day one.

It took less than 24 hours for Lees’ record to fall, however, as Jack Hargreaves carded a 66 in kind weather conditions, with two-time reigning champion Bobby Locke just a shot behind him in Portrush – proof that even the best have to be at the top of their game in qualification.

Above them both, however, and demonstrating the model of consistency required to triumph in The Open was Argentine Antonio Cerda, who with a pair of 69s led the charge ahead of Locke. 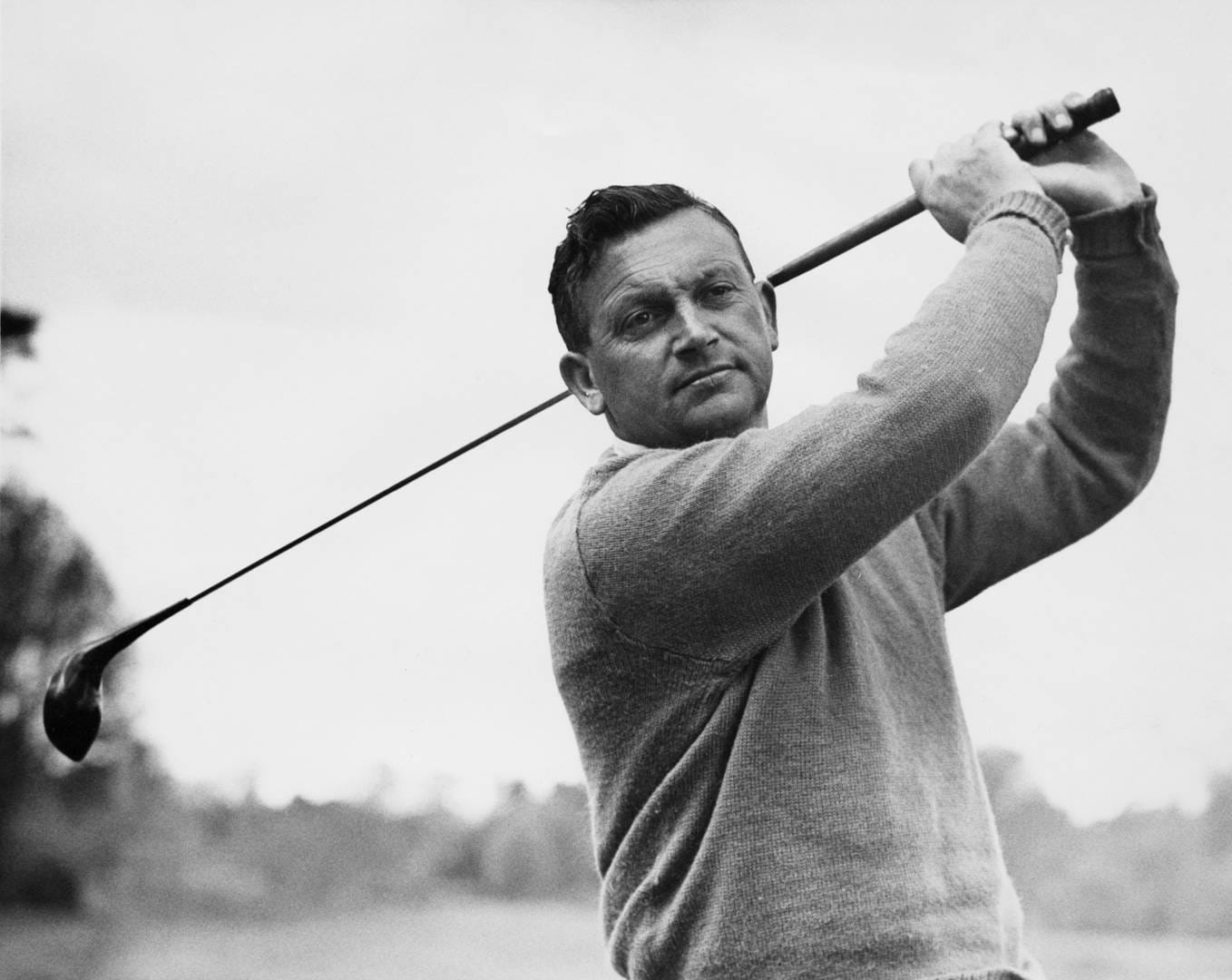 The fight for the Jug

After a taste of what was on offer, just two days after the conclusion of qualification, the 80th Open Championship got underway.

Australian Von Nida replicated his impressive form at Portstewart with a first-round 68 to lock him level with Scotsman Jimmy Adams on -4 after Wednesday’s opener.

The following day, it was the turn of another impressive qualifier to make his charge; Max Faulkner finished with a 147 for his two rounds, before a 71 and a 70 put him two shots clear of closest challenger and compatriot Norman Sutton, while Von Nida and Adams both shooting 77s that pushed them back.

And once he had hit the front, the flamboyantly-dressed Faulkner seemed loathe to let anyone within a sniff – another 70 on Friday morning took him six shots clear of Cerda on -5, and the Claret Jug to well within his grasp. 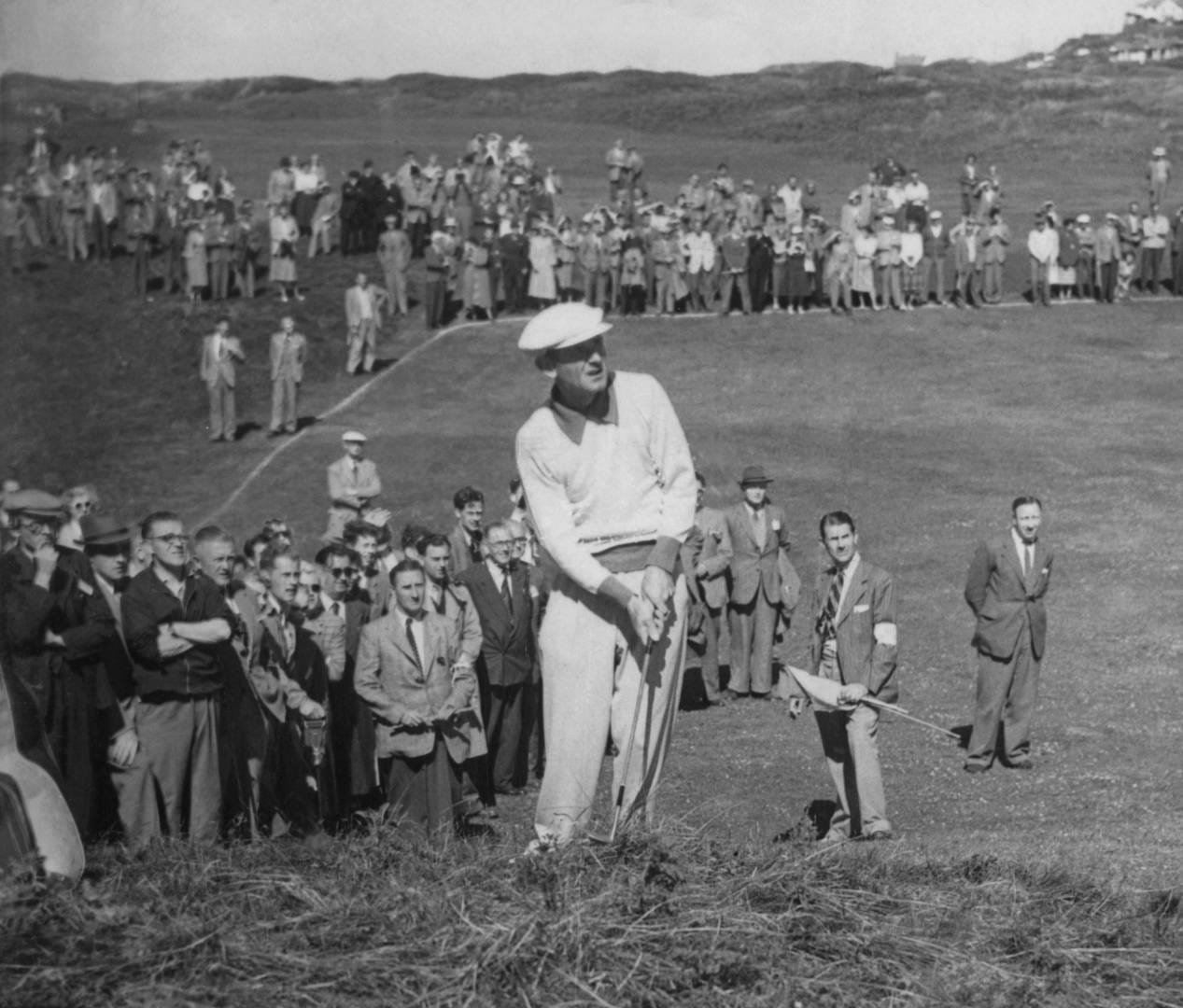 The legend of Faulkner is one that echoes from his era – the East Sussex native was a colourful character who seemed to court apocrypha.

It is said that he played only one round of golf whilst serving for the RAF during World War II before finding a knack for the sport in ensuing years, and that he once walked from a green to the following tee on his hands in order to get blood to his brain.

He boasted a collection of more than 300 putters – many of them home-made – and purportedly signed an autograph whilst strolling to the clubhouse after his third round at Portrush with the message: ‘Max Faulkner, Open Champion’ – although that particular myth has since been debunked.

It was a prophecy – albeit a fairly safe bet – that soon came true, however. With shots in the bag, Faulkner settled for a safe +2 74, handing him a two-shot triumph over Cerda having done all the hard work in the first 54.

The Claret Jug would be Faulkner’s only major, and the last for an Englishman until Tony Jacklin won at Lytham St Annes 18-years later.

His delight was understandably unbridled after he lifted the Claret Jug, so much so that he was left attributing the victory to a "mystery guiding light," to divine intervention.

"The Open meant everything to me."