“Growing up with the myth of the ’51 Open being here, to have gone through my career, turned pro and won the US Open, compete in major championships, have a chance to win an Open Championship a couple of times; to be able to come back to Portrush and to imagine being able to compete and perhaps fulfil the crazy dream of lifting the Claret Jug here on the 18th green at Royal Portrush – it’s a lot to ask, but I’ll certainly be working as hard as I possibly can to be in good shape coming in here next year.”

Those were the words of Graeme McDowell back in August 2018, the culmination of his quest to play for the Claret Jug at his boyhood course still in doubt.

“I think to play an Open Championship here at Portrush in front of my home fans and family is certainly something I dreamed about as a young boy,” he added.

This weekend, however, after being made to wait longer than he might have liked, McDowell rolled in one of the biggest putts in his career to book his ticket home.

An eighth-place finish at the Canadian Open, sealed after a steely 30-footer with a nerveless flat stick, was enough to turn his dream into a reality.

A weight off the shoulders

“I feel hugely relieved,” he said in the aftermath.

“Just to play a small part in getting The Open back to Royal Portrush was one of the prouder moments in my career and it would have been extremely bittersweet for me not to be playing in the field.

“I had every belief in myself to get qualifying done over the next three or four weeks and it was great to get it done in week one.

“I can now focus on getting myself ready for The Open rather than battling for qualifying spots.

“I haven’t played the course much since the new holes were created so now I’ll plan a little recce mission to play the course over the coming weeks.

“It’s going to feel epic on that first tee. The fans are going to offer huge support and they are excited to have the best players in the world come to Portrush. It’s going to be very special.”

As McDowell himself conceded, it was a long – and at times painful – road to the 18th at Hamilton Golf and Country Club.

Having lifted the US Open title at Pebble Beach back in 2010 – the first Northern Irishman to win a major since Fred Daly took the same title back in 1947 – McDowell’s triumph precipitated an era of success for the country’s golfers, signalling that it was time for The Open to return to Royal Portrush.

On top of the world and one of the game’s elites, McDowell could not have foreseen anything keeping him from the first tee-box at home in 2019.

But the 2015 Mayakoba Golf Classic would be his last triumph for four years as he struggled to maintain form, and a two-year absence from The Open followed in 2017 and 2018.

Things had begun to look bleak with regards to his Portrush hopes, the 39-year-old admitting earlier this year that he was “not sure I could be there for the week if I don’t make it.”

But he ended his wait for a title in March with triumph at the Corales Puntacana Resort and Club Championship – McDowell had rediscovered that winning feeling and was back on the right tracks.

Assessing his options, G-Mac was willing to do whatever it took: playing all of the required events as he looked to build his ranking and entering into final qualifying at St Annes Old Links.

Ranked 121st in the world, it looked to be down to The Open Qualifying Series, and with form renewed, thoughts refocused and the goal clear, he took to Canada.

An opening round 65 set the tone, and when he followed that up with a 67 and a 70, he was firmly in contention.

But, as has become his wont, McDowell’s journey found one final twist, his plight nothing if not dramatic.

Missing the fairway on 18, G-Mac needed par to seal the required top-10 finish that would proffer his graceland.

From there, his approach was short and right, but a bump on left him a long putt for par.

Nerves rattling for all watching, McDowell betrayed none of it as he sent a beauty sailing into the heart of the cup, an understated fist pump toasting what would later sink in as the realisation of his long-held goal: he will be there, clubs in hand, at his home Open Championship. 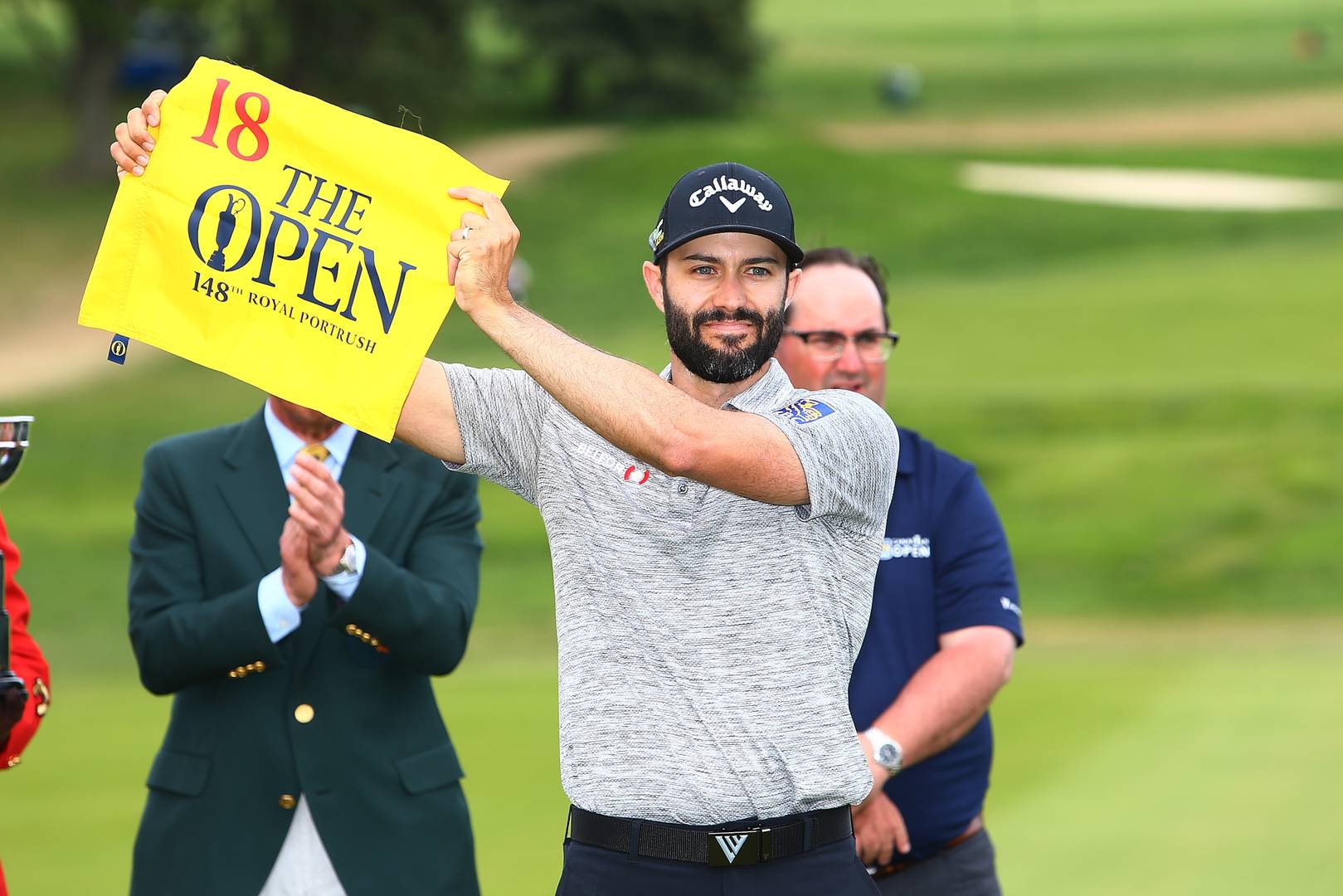 But McDowell was not the only man to confirm his place at the 148th edition of golf’s oldest major as Canadian native Adam Hadwin, alone on -12 for his weekend in sixth, grabbed his own slot.

And, if McDowell knows this year’s venue like the back of his hand, the 31-year-old could not be further towards the other end of the spectrum as he prepares for his third tilt at the Claret Jug.

“I’m excited about playing at Royal Portrush,” he said.

“I haven’t played in Northern Ireland before so I’m looking forward to getting over there so see what Royal Portrush will offer. I know lots of players have raved about how good the golf course is.

“I’ve heard the Irish fans are absolutely incredible and that they love their golf. The fans have been so supportive during the previous two times I’ve played in The Open. They really appreciate good golf so I’m really looking forward to it.”