How Pebble Beach winners have fared at The Open

After day one of the US Open at Pebble Beach, the upper echelons of the leaderboard is practically replete with former Champion Golfers of the Year.

Louis Oosthuizen is tied for second, a shot off Justin Rose out in front, while Rory McIlroy, Henrik Stenson and the current holder Francesco Molinari are all well placed, their -3 enough to sit tied eighth.

But might this be a portent of what is to come at golf’s oldest championship next month?

One of America’s most celebrated courses, 2019 is the sixth time the California links has played host to the US Open.

With its precarious Pacific coastline as iconic as it is challenging, it is a place that certainly seems to prepare golfers for the rigours of The Open, with the links conditions priming players for the British seaside, a factor from which several have gone on to reap the rewards.

The summer of 2000 was the apex of Tiger Woods’ powers, when the prodigal American swept aside all before him to achieve a feat so unique that a new term was coined within golfing jargon.

The first step on his unprecedented journey to the Tiger Slam, the California-native arrived in his home state for the US Open as reigning PGA Champion, but what was to follow proved truly mesmerising.

His four blistering rounds at Pebble Beach that year read: 65-69-71-67 to total -12 for his weekend; his nearest competitors – Miguel Angel Jimenez and Ernie Els – were +3.

No-one has got even close to that 15-shot winning margin in the modern era – except, of course, the man himself: Woods’12-shot victory at the Masters in 1997 the nearest you will find.

To make it even more remarkable, that the best of the rest were all over par – and well over – truly underlines Woods’ peerless golf in the face of conditions that proved nigh-on impossible for others to navigate.

It was form that would carry him to his first Claret Jug at St Andrews a month later, with no-one batting an eyelid as he finished on -19 under from his weekend’s work – but this time had to settle for a comparatively paltry winning-margin of just eight shots. 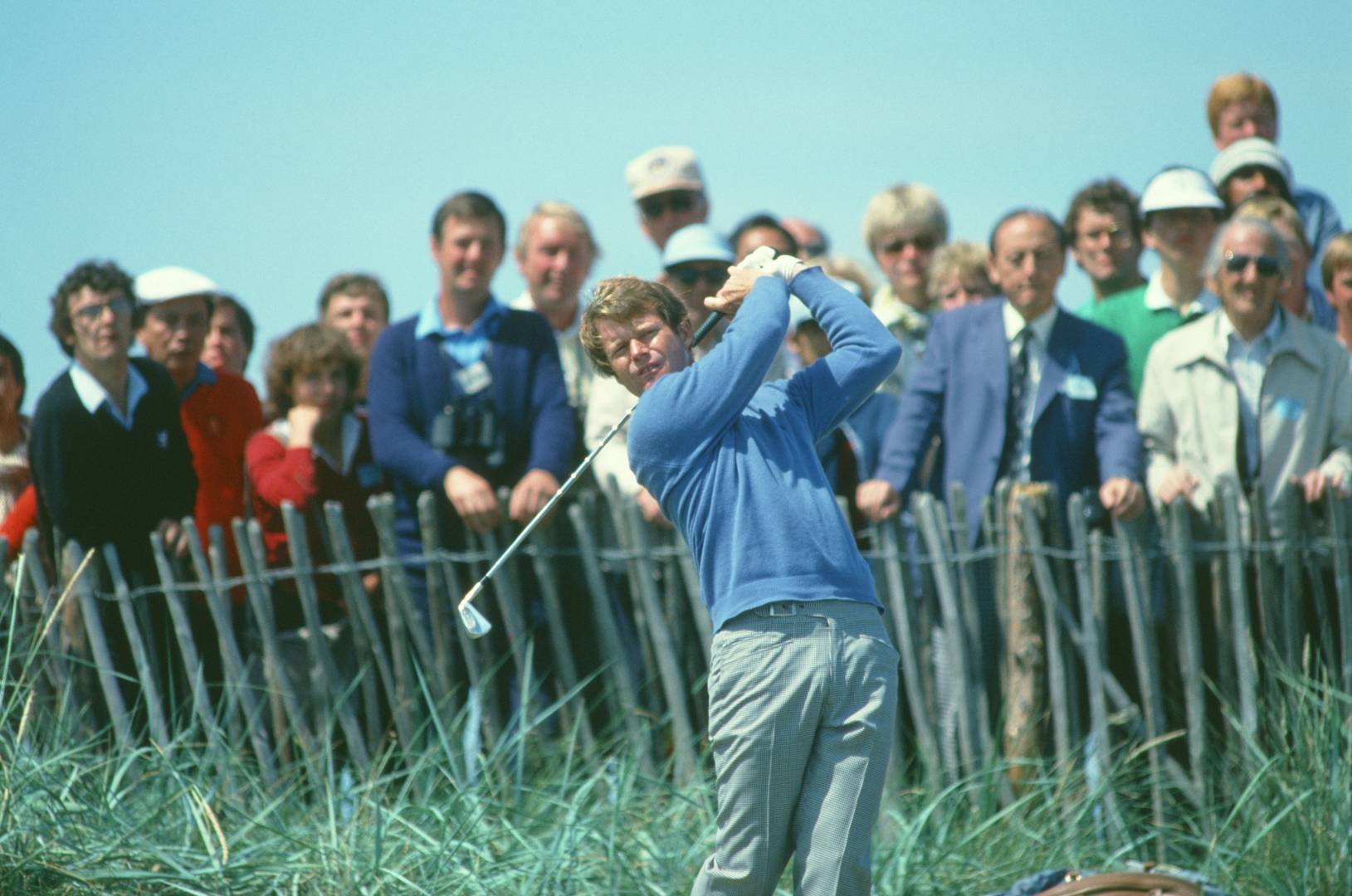 The Huckleberry Dillinger doubles up

Years before Woods used triumph at Pebble Beach to prepare for a tilt at the Claret Jug, Tom Watson had pioneered the technique back in 1982.

The cherub-faced Missourian arrived as world number one and rightly favourite after winning a trio of Claret Jugs in 1975, 1977 and 1980, as well as a pair of Green Jackets at Augusta.

It was to be a perfectly timed surge from Watson that would deliver him glory; level par after 36 holes, he shot 68-70 to close out the tournament and edge close rival Jack Nicklaus.

But the Golden Bear hadn’t made life easy for Watson, holding the clubhouse lead at -4, Tom was level-pegging with his opponent just two holes from the clubhouse.

A wayward two iron at 17 left him a treacherous chip from the long stuff left of the green, but with Nicklaus purring, Watson stuck it, bumping a beauty straight into the cup to cue jubilant scenes.

Another birdie at the close sealed what would be, remarkably, the Huckleberry Dillinger’s only US Open win.

He would return to a fonder hunting ground later in the summer to lift his fourth Claret Jug at Royal Troon to become, at the time, the fifth man to win the US Open and Open in the same summer – although Woods would later add his name to that prestigious list.

The first time Pebble Beach had been used for a major championship, it was to be an apt name on the US Open trophy come the end of the weekend.

A typically perilous weekend for all golfers concerned on the Pacific Coast in June 1972, the average finishing score was 78.8 – the highest post-war total for the tournament.

But after slipping into his fourth Green Jacket just months earlier, Nicklaus proved his mettle as he battled high winds to finish +2 for the weekend after an exemplary one iron off the tee at the par-three 17 had struck the flagstick.

And he came agonisingly close to the third step on the road to a mythical Grand Slam at Muirfield in July.

After besting reigning champion Lee Trevino at Pebble Beach, the Merry Mex enacted his revenge to edge Nicklaus out by just a shot, in spite of Jack’s best efforts after a final-round course record 66.

Kite and McDowell go at it

While neither Graeme McDowell nor Tom Kite could replicate the feats of Woods, Watson or Nicklaus, both men gave the Claret Jug credible stabs after lifting the US Open at Pebble Beach.

Northern Irishman McDowell finished a respectable tied 23rd on -3 at St Andrews as Louis Oosthuizen reigned at a low scoring Open Championship in 2010.

Kite, after winning what would be the only major of his career, was ten strokes back from Nick Faldo at Muirfield in 19th, having navigated Pebble Beach with relative ease back in 1992.