All eyes will be on Pebble Beach this week as the world’s best golfers descend on the famous course in California to contest for the third major of the year – the US Open.

Almost a decade has passed since the tournament was last hosted at the venue on the west coast of the United States, where Graeme McDowell triumphed for his maiden major title.

And the Northern Irishman returns to the location of his greatest achievement on the crest of a wave after securing his berth at The 148th Open in his home town of Portrush last week.

His eighth-place finish at the Canadian Open ensured he will be in the field next month and he will be looking to build on that momentum when he tees it up at the formidable Pebble Beach.

There will also be a host of Champions Golfers, including 2018 winner Francesco Molinari, looking to add another major to their trophy cabinet before bidding to reclaim the Claret Jug in July.

With the return of The Open to Northern Ireland for only a second time fast approaching, here’s a look at the main talking points going into what promises to be a fascinating US Open.

Winning the US Open and The Open in the same year is a feat only a select number of golfers have achieved – highlighting just how difficult the challenge has proven over the years.

Three-time Champion Golfer of the Year Bobby Jones was the first man to do the transatlantic double in 1926 before completing the accomplishment again four years later.

Only another five men have since managed to conquer both majors in the same year, with Tiger Woods the last player to do so in 2000 as he completed the career Grand Slam. 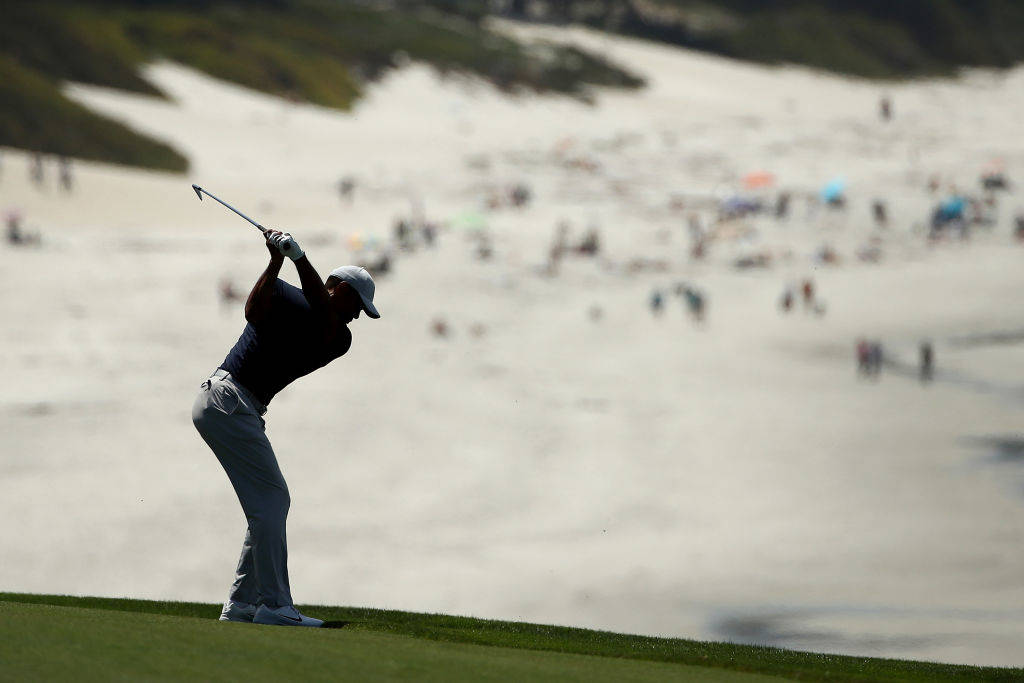 That year also saw the US Open take place at Pebble Beach, where the three-time Champion Golfer produced one of his greatest performances to win by a record-setting 15 strokes.

He went on to dominate The Open a month later at the Old Course in St Andrews, setting a record 19-under total to win his first Claret Jug by eight strokes from his nearest rivals.

And having already won the Masters earlier this year, Woods be a strong favourite to succeed at Pebble Beach again – and equal Sam Snead’s record of 82 PGA Tour wins in the process.

When it comes to putting together a list of contenders for the US Open, it’s hard to look beyond Brooks Koepka as he attempts to make more golfing history at Pebble Beach.

The American could become just the second player after Scotland’s Willie Anderson to complete a rare hat-trick of US Open victories after being crowned champion in 2017 and 2018.

“It would be the coolest thing ever to win three US Opens in a row with the third one at Pebble Beach,” Koepka said. “As a kid you always wanted to win a US Open at Pebble.” 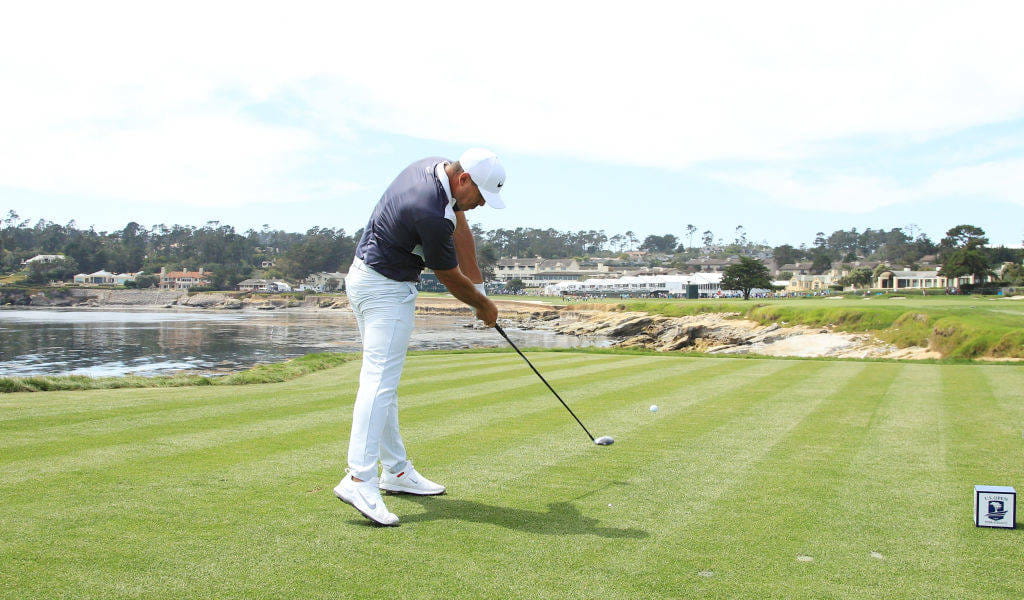 Koepka will be the man to beat in California after securing back-to-back PGA Championships by retaining his title last month with a two-shot victory at Bethpage Black.

The world number one is targeting a fifth major title in just nine appearances at Pebble Beach, although he is likely to face a stiff challenge from compatriot Dustin Johnson.

Johnson, who finished runner-up to Koepka at Bethpage, has won twice before at Pebble Beach and led the way going into the final round at the 2010 US Open before suffering disappointment late on.

Other runners and riders

Another in-form player arriving at Pebble Beach is Rory McIlroy, who narrowly missed out on shooting a final-round 59 on his way to clinching the Canadian Open title last week.

The 2014 Champion Golfer won his first major at the US Open in 2011 and a repeat performance in California would be perfect preparation for his Northern Ireland homecoming in July.

Phil Mickelson will also be hoping to finally win the one major that has so far eluded him after finishing second at the US Open a record six times during his illustrious career. 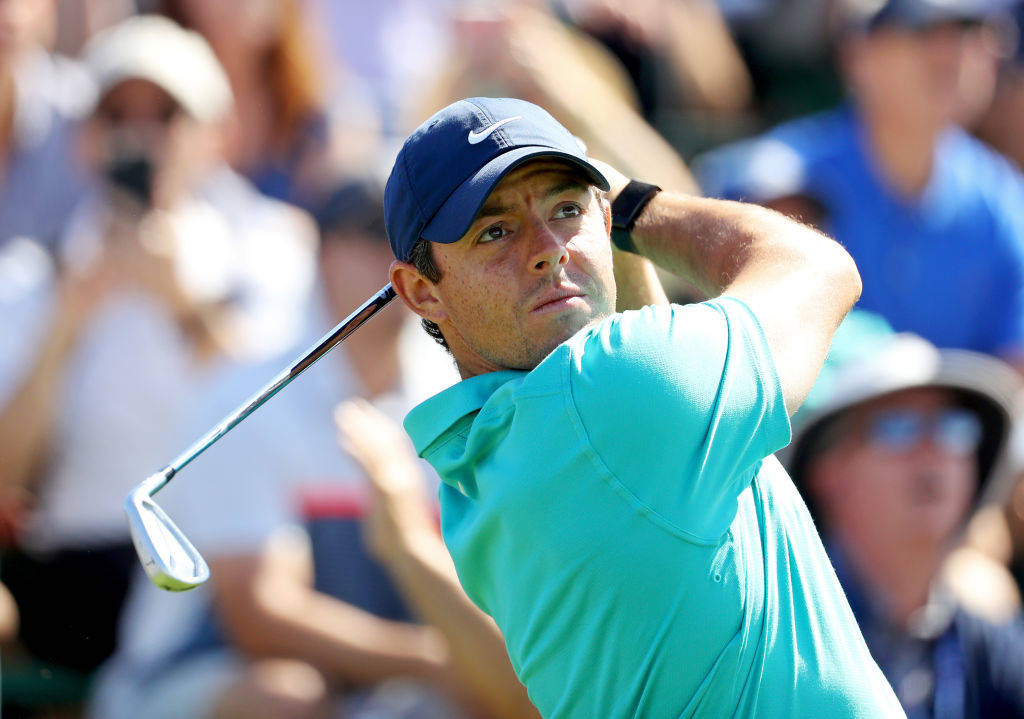 The five-time major champion, who won The Open in 2013, would become just the sixth player to complete the career Grand Slam if he prevails at Pebble Beach in his 28th US Open start.

Then there’s 2017 Champion Golfer Jordan Spieth, a former AT&T Pro-Am winner at Pebble Beach, who is coming into the third major of the year on the back of three top-10 finishes.

Meanwhile, South African Jovan Rebula will also be among the field after claiming The Amateur Championship title at Royal Aberdeen last year to earn his exemption for the US Open.