68 years after Max Faulkner lifted the Claret Jug at Royal Portrush, the course is once again playing host to golf’s oldest and most prestigious major.

237,750 spectators are expected to line the fairways of the Dunluce Links to watch the world’s best golfers fight it out to be crowned Champion Golfer of the Year.

History will be made as The Open is contested outside the British mainland for only the second time, having also taken place at the County Antrim venue way back in 1951.

Royal Portrush’s return to rota has already been greeted with effusive praise from players and fans alike before a ball has even been struck in competition, with the event attracting record-breaking ticket sales.

Here’s a look back at the last time the stunning Northern Ireland coastline provided the battleground for The Open.

It seems unthinkable now in light of the excitement for the Claret Jug’s return to Northern Ireland, but eyebrows were raised when Royal Portrush was picked to host The Open in 1951.

After all, it was the first time the Championship had been hosted by Northern Ireland, breaking Scotland and England’s duopoly over the showdown for the Claret Jug for the first time.

The opportunity arose as part of an R&A policy, with the 1951 Amateur Championship also set to break new ground with a first ever visit to Wales and Royal Porthcawl.

But while the desire to innovate was apparent, the reason Portrush got the nod was credited to two influential Ulstermen according to Noel Black, a club member since 1934.

“I believe one of the reasons we got The Open in ’51 was because we had a couple of comparatively long-standing members of The R&A at the time,” he explained.

With Portrush officially announced as the venue for The 80th Open in November 1949, work on refurbishing the clubhouse and preparing the course began in earnest soon after.

The course would eventually welcome 183 golfers from 14 countries, including debutant Peter Thomson, a then unknown 21-year-old from the northern Melbourne suburb of Brunswick. 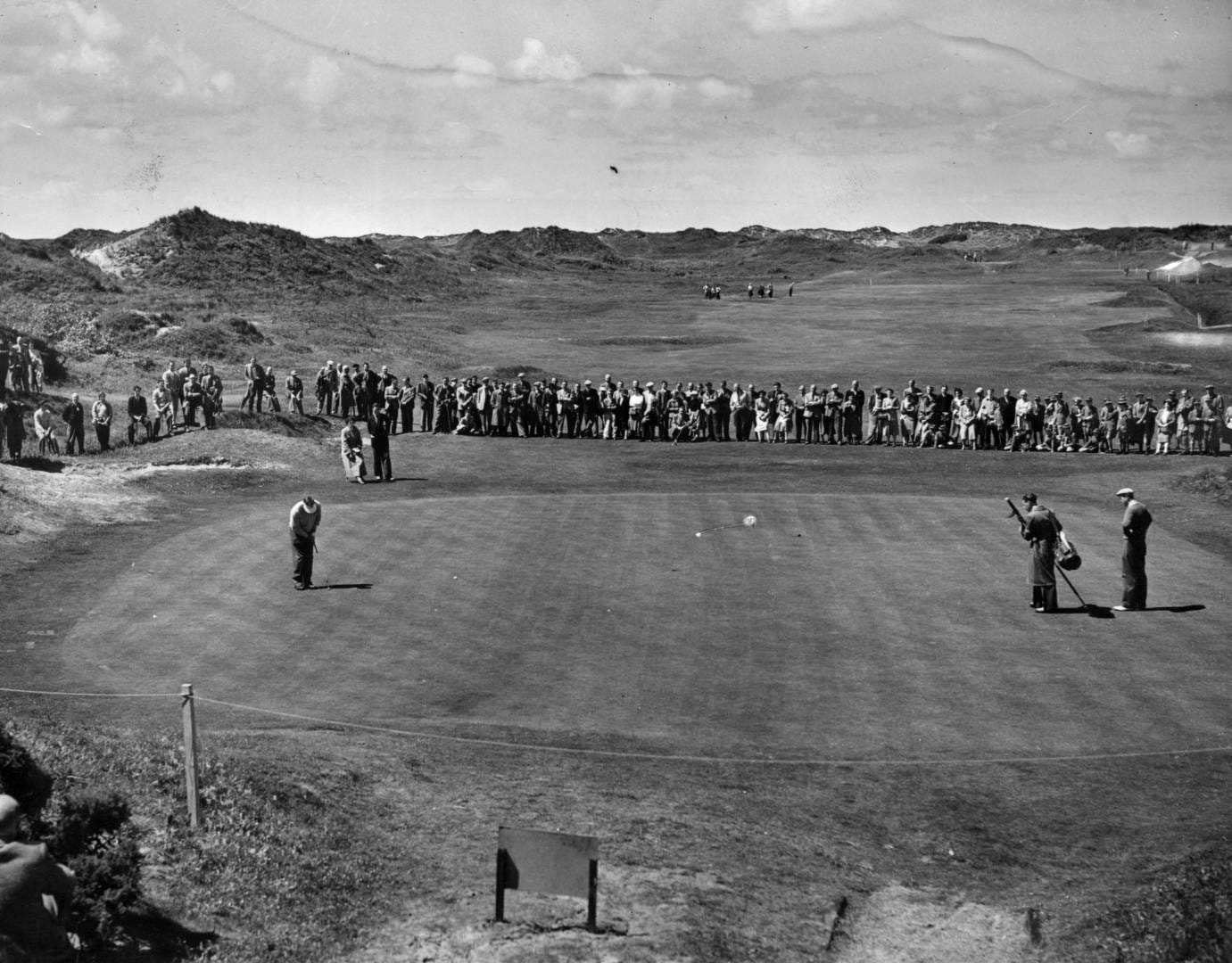 He would go on to win The Open on five occasions, including consecutive victories in 1954, 1955 and 1956 as he became only the fourth player to complete a hat-trick.

Another player among the field was Max Faulkner, a two-time Irish Open runner-up who found himself taking a two-shot lead at the midway stage thanks to one particular club.

“On my winter tour of Australia, I had picked up a very lofted, deep-faced 4-wood which I was now using most of the time from the fairway because I was so bad with my 3 and 4 irons,” he said.

A young Peter Allis had also shown promising signs during his second qualifying round at Portrush and, despite falling away in dramatic style, he still had special memories of the week.

“I still remember The Open at Portrush with great fondness.  I remember the people and that it was a grand occasion, not long after the war when there was still a little bit of austerity.” peter allis on the open in 1951

Meanwhile, Faulkner only increased his advantage at the top after posting a second consecutive 70, opening up a six-shot gap to his nearest rivals - Antonio Cerda and Norman Sutton.

Faulkner was assisted all the way by his trusted, if slightly oddball, Scottish Caddie ‘Mad Mac’, who was renowned for wearing a long raincoat with no shirt.

With advice from his man on the bag such as, “The putt is slightly straight, sir”, Faulkner went into the final round feeling confident about his chances. In fact, he was almost too confident.

When asked to sign an autograph for a young boy, whose father requested he add ‘Open Champion’ because, “You are going to win, aren’t you?”, Faulkner duly obliged. 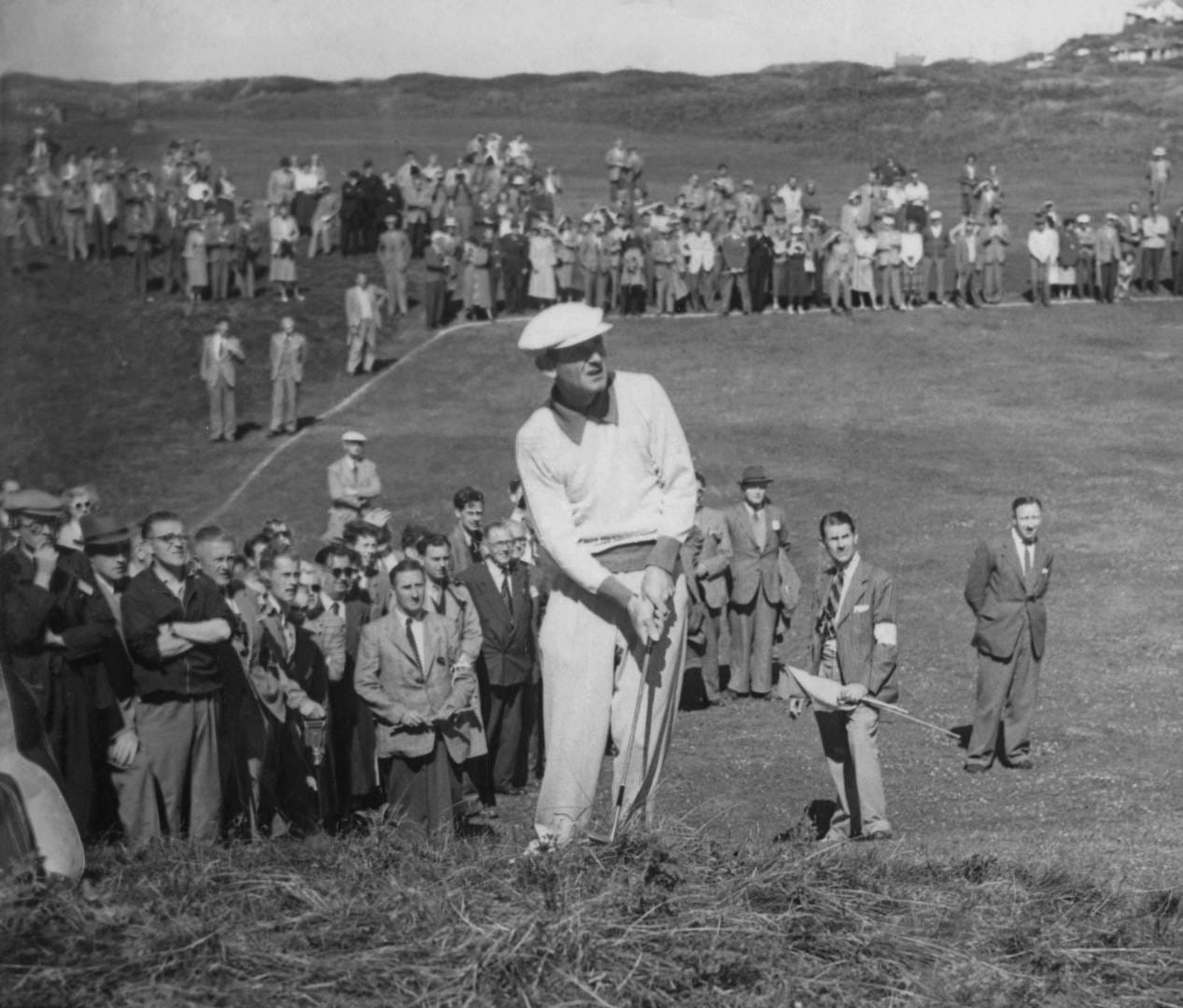 “I said, ‘Good God, I’ve got 18 holes to play’. Then I thought, nobody will catch me.” he said. “I have nightmares now when I think about it, but I’m arrogant on a golf course, always have been.”

“I knew it was going to end up this way”

Faulkner’s faith in his own ability soon began to waver, though. He almost went out of bounds on the first and struggled to a front nine of 37, salvaged only by his red-hot putter.

“Never in my life have I experienced such strain. It was like a crushing weight,” he said. “I developed a cracking headache and was not far from passing out on two or three occasions.”

With the late starters beginning to close the gap, Faulkner even overheard one spectator on the 13th hole say: “It doesn’t look as if he’s going to win it after all.”

Bogeys at 15 and 16 - the latter where he’d hit what [Frank] Stranahan called the “greatest shot I’ve ever seen” in his third round - only added to the pressure before a birdie at the 17th steadied the ship.

Another bogey at the last saw him finish with a 74 and left him with a nervous wait in the clubhouse, with Cerda needing to complete the last three holes in 12 shots for a play-off.

But the Argentinian ultimately fell two shots short and Faulkner was crowned Champion Golfer of the Year, leaving him to reflect: “I somehow knew it was going to end up this way.”