With four missed cuts in his last four Open appearances, Shane Lowry’s trepidation when he walked onto the first tee at 7.52am this morning was understandable.

But it turned out the 32-year-old from Ireland was worrying unnecessarily as he delivered a near-flawless performance around the Dunluce Links to take the clubhouse lead.

Lowry’s four-under 67 included five birdies and just one bogey, with the Offaly native outplaying both of his playing partners - 2013 Champion Golfer Phil Mickelson and Branden Grace.

And despite admitting he left a few chances out on the course, Lowry was happy with his opening round at Royal Portrush having felt the weight of expectation in the build-up.

“Why shouldn’t I feel uneasy?”

“I was quite anxious going out there this morning,” he said. “The wind was up early. But the first few holes played okay, downwind and I got off to a nice solid start.

“I was off and running and I was enjoying myself and I played some good golf. Look, I missed a couple of chances coming in, but I got a great break, and a good up and down on 16. 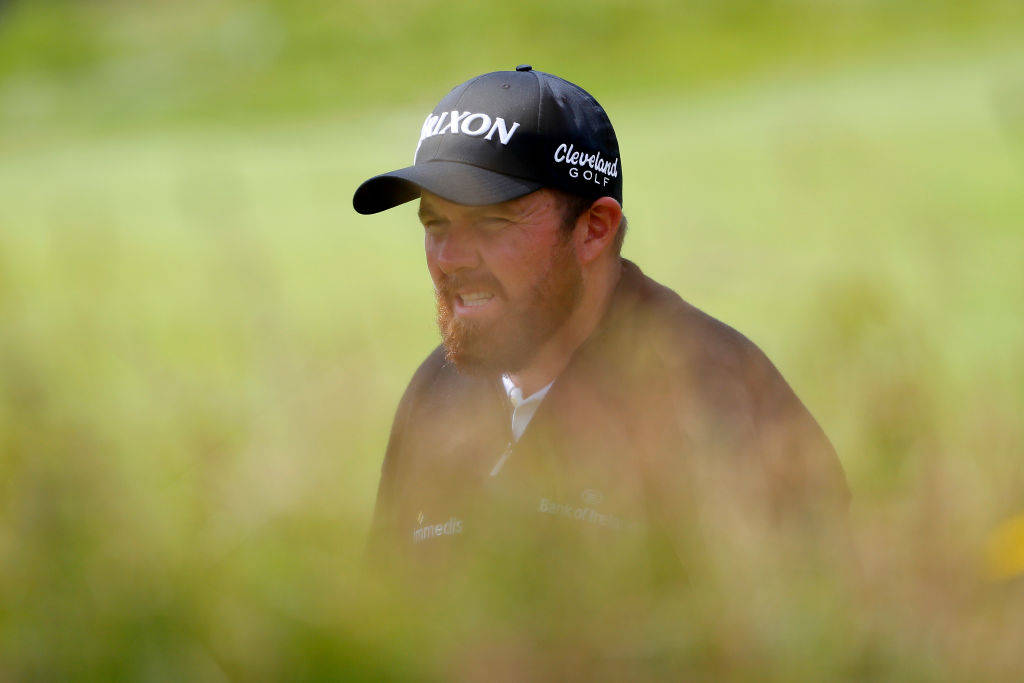 “I also had a great break on 17, and managed to make par. I'm fairly happy with four-under. I thoroughly enjoyed it and the crowds are unbelievable and cheered on every tee box.

“Every green is such a special feeling. I tried to enjoy that as much as I can while I was doing my work and then getting down to business. It's going to be an exciting few days ahead.

He continued: “It's The Open, it's in Ireland. I'm playing well, I feel like I should come up and do well. Why shouldn't I feel uneasy? I'm sure there's plenty of golfers standing on the first feeling uneasy.”

While Lowry stressed how frustrated he was with his lead up to The Open, he revealed a chat with with his coach Neil Manchip at the Bushmills Inn made all the difference to his approach.

“I don't feel like practice went unbelievably well this week,” he said. “I felt a little bit uncomfortable, but we went to coffee down at the Bushmills Inn and we found a little quiet room.

“We had a great chat for about 40 minutes. I left that room full of confidence and ready to go. So we just put everything out in the open, everything out on the table, what could happen.”

He added: “I was probably as nervous as I've been in quite a while on the first tee, almost ever, I'd say. Look, nerves are a good thing, aren't they? It's where you want to be.”

Lowry has gone under the radar compared to the likes of Rory McIlroy, Graeme McDowell and Darren Clarke, who have been centre of attention for The Open’s return to Northern Ireland.

That’s just the way Lowry likes it, even though any hopes he had of steering clear of the spotlight have been shattered by successfully navigating the Antrim course.

And with The Open finally returning to Portrush after a 68-year hiatus - when Max Faulkner triumphed in 1951 - Lowry was quick to sing the venue's praises.

“I think this is one of the best courses in Ireland. For me, it's in the top two in Ireland. I think it's a great Open venue. And look, it's great for the people.” LOWRY ON ROYAL PORTRUSH

“I think this is one of the best golf courses in Ireland. For me, it's in the top two in Ireland. I think it's a great Open venue. And look, it's great for the people,” he said.

“It's great to be here. It's got the potential to be an unbelievable Open. Probably one of the best Opens. And I'm just hoping it's going to be special for me.”