Collin Morikawa confessed earlier this week that he is ‘awful’ when it comes to golf history – but he is becoming no stranger to creating it.

A nerveless final round on Championship Sunday saw the American write his name into Open history as he lifted the Claret Jug on debut – 11 months after doing the same at the PGA Championship.

There are some fantastic golfers who do not have two majors to their name – look no further than overnight leader Louis Oosthuizen, the man Morikawa leapfrogged on a dramatic final day – but Morikawa has now doubled up before his 25th birthday.

The new Champion Golfer of the Year admits he is finding it hard to get his head around such a feat, though that will not stop him relishing every moment. 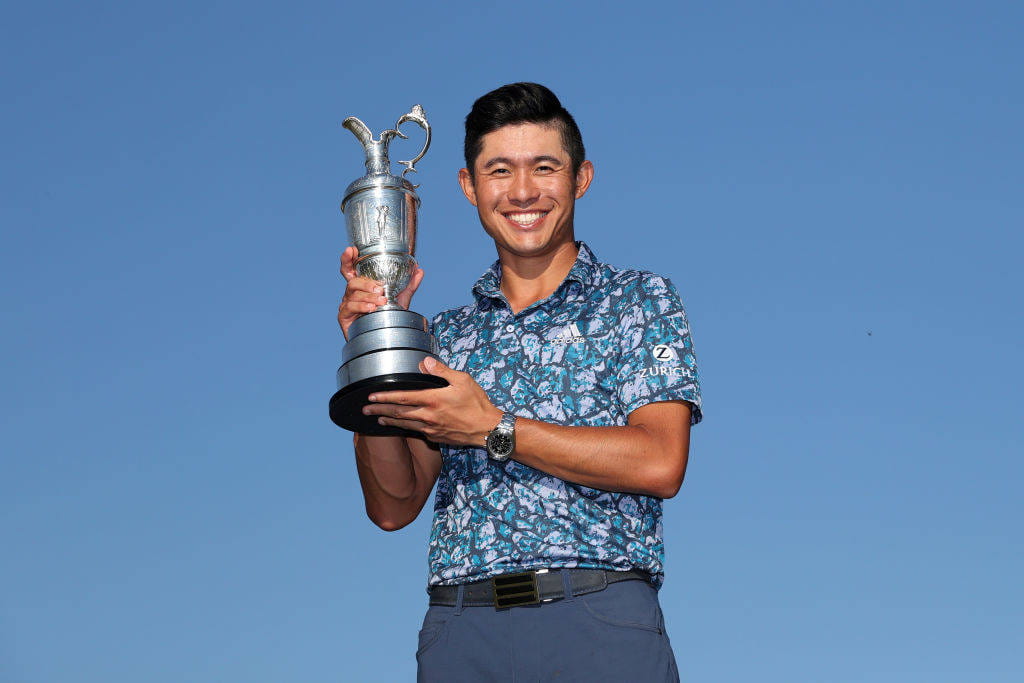 “When you make history at 24, it is hard to grasp and take it in,” he said. “I enjoy these moments, I love it, and I need to teach myself to enjoy it a bit more.

“I just want more. When you're in these moments and you truly love what you do, and I love playing golf and competing against these guys, these are the best moments ever.

“The nerves push you to just be a better person.

“To be cemented on the Claret Jug with countless hall of famers I have looked up to is so special.

“To come here on debut and win it… The Open Championship is going to be part of my life for the rest of my life no matter what happens.

“To be part of that history is awesome. To hear Champion Golfer of the Year – chills.”

A spell of three straight birdies just before the turn proved crucial for Morikawa, who was ice-cool throughout.

He identified the first of those, which was coupled with a dropped shot for Oosthuizen at the 7th, as a decisive moment and his clutch putting – sometimes regarded as a weakness to his game – came to the fore down the back nine as Jordan Spieth started applying pressure.

A brilliant par-save at 10 followed by another birdie at 14 – just after Spieth had reduced the deficit to a single shot – kept his compatriot at bay and marked an important psychological achievement for Morikawa, who had never before been part of the final pairing on a major Sunday.

“I am glad I look calm as the nerves are definitely there,” he said. “You channel these nerves into excitement and energy, that is how I look at it.

“[Jon] Rahm was pushing, Louis had an amazing birdie on 11. You can only worry about the shot and executing it to the best of your ability.

“The 7th hole was definitely the turning point. Just to have that little switch of a two-shot swing kind of got that round started and into another gear in a sense.

“Everything about my stats say I'm not a good putter statistically. I feel like I can get a lot better.

“That's why I think over the past few majors you've seen a lot of the same names up there, because they believe in their game, they know what they're doing when they practice, and they're able to bring it out in these big moments.

“Thankfully, I was able to put it out there on Sunday today and close it out.”

While there was delight for Morikawa, Oosthuizen’s wait to add to the Claret Jug he won at St Andrews in 2010 goes on.

A tied third place with Jon Rahm represents the latest in the South African’s agonising run of nearly-but-not-quite major finishes following consecutive runner-up finishes earlier this year, with a one-over round of 71 seeing the man who led from days one to three falter at the final hurdle.

But the 38-year-old received comforting words from his conqueror, who has no doubt further majors await.

“These are the first few times I played with Louis, an outright amazing player and person,” Morikawa said.

“I hope I get more pairings with him because he's just a great guy to play with.

“He's going to keep knocking at these doors, and I'm sure he's going to knock a few more down. He's just too good. He just had an unlucky break on 7.”

But this day, and this Championship, belongs to Morikawa after an Open bow he will never forget.

And as the Champion Golfer basked in the Sandwich sunshine with his new prized possession it became ever clearer that for this man, the sky is the limit.