No major has been shared around quite like The Open in recent years.

Indeed, since Ernie Els lifted his second Claret Jug in 2012, all seven Champion Golfers have been first-time winners of the prestigious trophy.

Shane Lowry became the most recent of those with his unforgettable triumph at Royal Portrush and two years on, there are several well-placed contenders looking to etch their own names into Open folklore.

They will be up against a couple of determined Champions in what promises to be a fascinating Championship Sunday, with Louis Oosthuizen and Jordan Spieth chief among those hoping to bring an end to the longest run since Greg Norman and Tiger Woods bookended a stretch of 11 first-time winners between 1994 and 2004.

Will knowing what it takes to win golf’s oldest major prove pivotal on the final day – or is another new name set to be inscribed on the Claret Jug?

COLLIN LEADS CHARGE OF THE NEWCOMERS

Collin Morikawa sits just a stroke off the lead and is the best-placed in the field to make it eight straight first-time winners ahead of joining Oosthuizen in the final pairing on Sunday.

What would make a Morikawa victory all the more remarkable is the fact this is his Open debut.

Links golf can take a while to adjust to for those crossing the Atlantic but the 24-year-old has taken to it like a duck to the sea water adjacent to these fairways and came within a whisker of equalling the course record in flying up the leaderboard on day two.

He followed that 64 with a 2-under 68 on Saturday and now has the chance to win a second major on debut, having done just that on his PGA Championship bow last year. 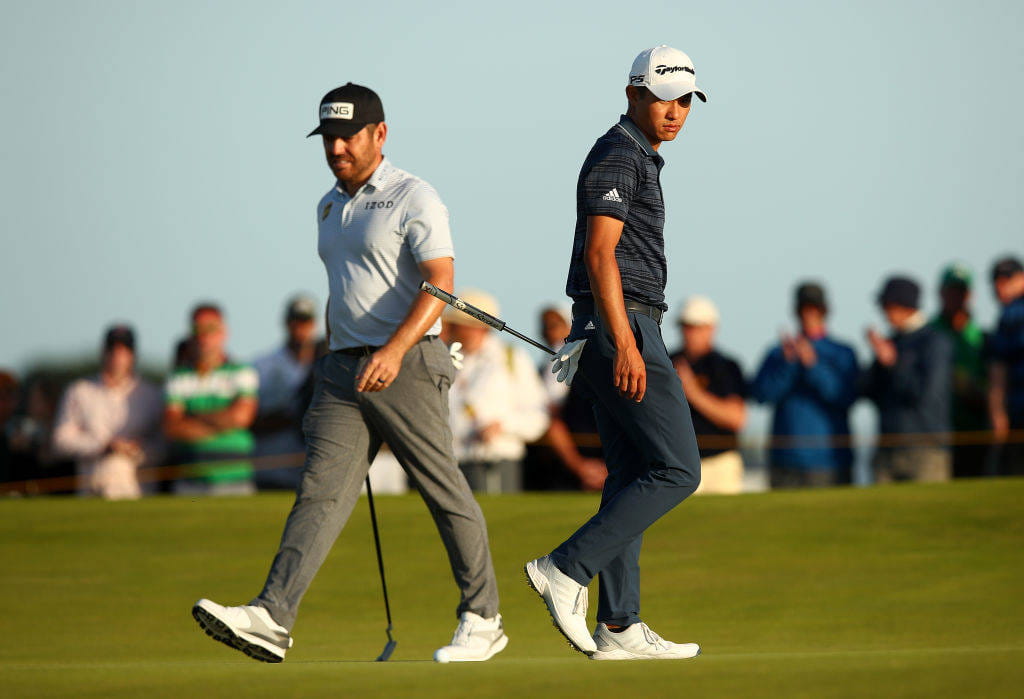 Also shining on his maiden Open appearance is Morikawa’s fellow American Scottie Scheffler, who has been consistent throughout the week and outplayed world number one Dustin Johnson in Saturday’s 37th pairing.

Scheffler sits on 8-under going into Sunday, a score shared by Canadian Corey Conners after his superb 66 on day three.

Four birdies in five holes down the back nine saw the 29-year-old shoot up the standings and he declared afterwards that he ‘feels ready’ to add a major to his sole PGA Tour triumph.

All three players sitting on -7 – US Open champion Jon Rahm, Mackenzie Hughes and Dylan Frittelli – would also be first-time winners, as would Cameron Smith, Justin Harding and Marcel Siem a shot further back.

Oosthuizen had a four-stroke advantage going into the final day of his triumph at St Andrews 11 years ago but it is a lot more precarious this time around.

The South African will be relieved to have any sort of advantage at all after two bogeys in three holes saw a three-way tie for top spot at the 13th.

But a clutch putt for par at 15 followed by a birdie on the 16th means he now has the chance to lead wire-to-wire and end both his own well-documented run of second-placed major finishes and The Open’s string of maiden winners.

Jordan Spieth, Champion Golfer of the Year in 2017, could – and really should – be breathing even more heavily down Oosthuizen’s neck going into the final day but his hopes of a second Claret Jug remain alive despite a late wobble. 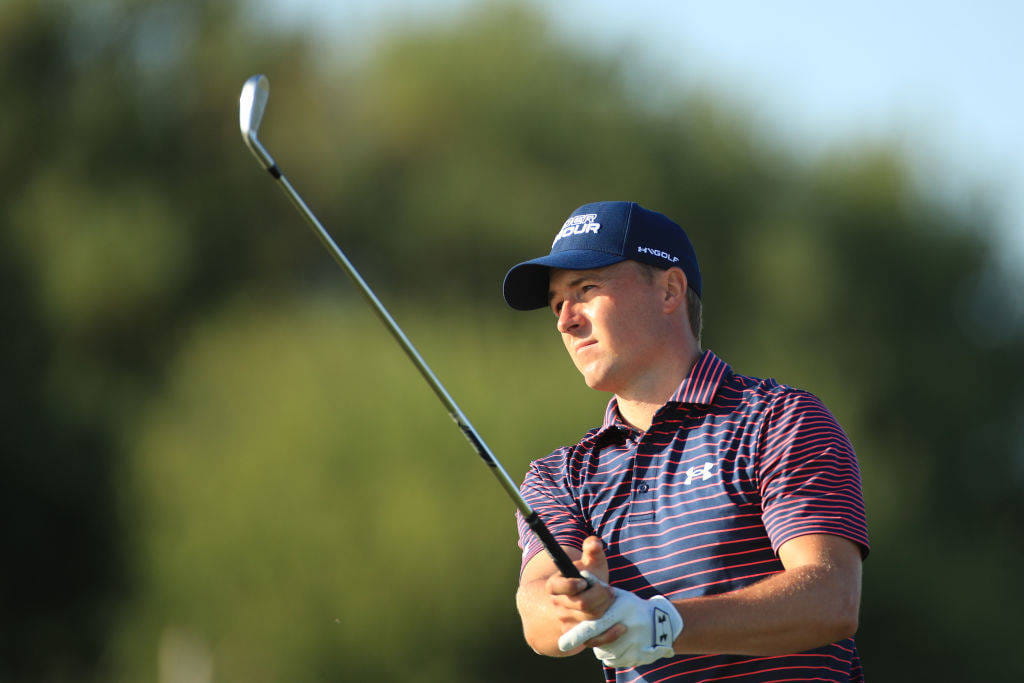 Back-to-back bogeys on the final two holes – including an agonising three-putt at the last – mean Spieth will start his final round with a three-shot advantage to make up but if anyone can, it’s the 27-year-old.

Lowry himself is not totally out the running at -5 but admitted his chances of becoming the first man to retain the Claret Jug since Padraig Harrington are remote.

“I am not sure I can win from here but the way I am playing, I can shoot 6-under,” he said.