A special relationship with The Open

The eyes of the golfing world are all focused on Japan this week.

History will be made when the PGA Tour plays its first official event in the country at the inaugural ZOZO Championship, as many of the world’s best players battle for glory.

As a precursor to the tournament, a further injection of excitement was provided by the unique MGM Resorts The Challenge: Japan Skins on the Monday of tournament week.

The showdown saw Tiger Woods, Rory McIlroy, Jason Day and Hideki Matsuyama compete against each other for a total purse of $350,000, with each hole assigned a monetary value.

And with the Tokyo 2020 Olympic Games also on the horizon, what better time to reflect on the long association Japan and its golfers have had with The Open.

While a number of sports have gone on Japanese adventures over the years – most notably rugby at the moment – golf has always had a special relationship with the country.

The Japan Golf Tour has certainly provided the breeding ground for many of the country’s golfing superstars to earn their stripes and, more recently, secure qualification for The Open. 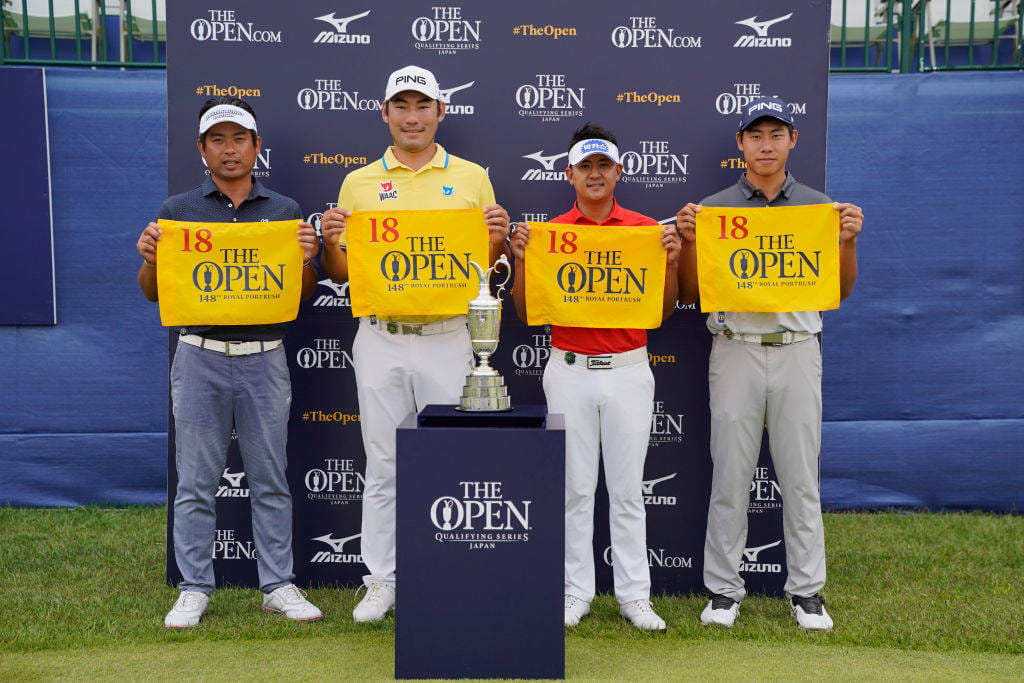 As of last year, entry is given to the Order of Merit winner and runner-up, Japan Open Championship winner and two players not already exempt from the money list up to the Japan Tour Championship.

There’s also the option of The Open Qualifying Series event, known as the Gateway to The Open Mizuno Open, which sees the top four players not already exempt earn their berth.

Yuta Ikeda triumphed at this year’s event to secure his place for The 148th Open at Royal Portrush, where the Chiba native contested for the Claret Jug for an eighth time.

He was joined in Northern Ireland by Chan Kim, Sang-Hyun Park and Gunn Charoenkul as they also registered top-four finishes at The Royal Golf Club in Ibaraki in June.

Even before The Open took its Qualifying Series to the Land of the Rising Sun, Japan had already produced its fair share of challengers for the title of Champion Golfer of the Year.

Few have got closer more regularly than Isao Aoki, a winner of more than 50 events on the Japan Golf Tour, who finished tied seventh at The Open on three different occasions.

Aoki made his Open debut at Turnberry in 1977, known for the famous “Duel in the Sun”, but withdrew before the final round after shooting 76, 72 and 74 on the first three days. 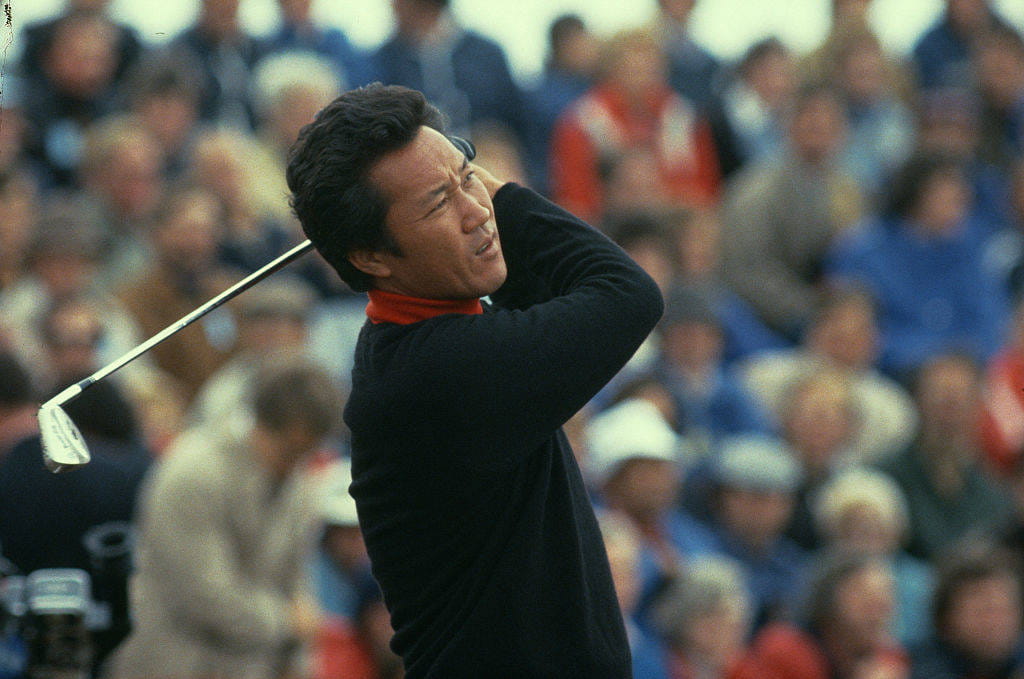 He enjoyed much better fortune the following year at St Andrews, where he led after the opening two rounds before eventually falling away to finish T-7 as Jack Nicklaus clinched victory.

In the mix again the following year, Aoki matched his best finish again at Royal Lytham & St Annes before securing a place in the Open record books at the 1980 edition.

That year Aoki became one of only nine players in the history of the Open to shoot a round of 63 as he finished 12th, while his hat-trick of T-7 finishes arrived in 1988 at Royal Lytham again.

Aoki is not the only Japanese star to come close to lifting the Claret Jug, though, with Tsuneyuki Nakajima’s story one of the most infamous in the history of the Championship.

Nakajima was also in contention at The Open in 1978 at St Andrews, tied for the lead with playing partner Tom Weiskopf in the third round before disaster struck on the 17th.

The then-23-year-old putted into the Road Hole bunker and took four attempts to escape, resulting in a quintuple bogey, as the press christened the bunker “the Sands of Nakajima”. 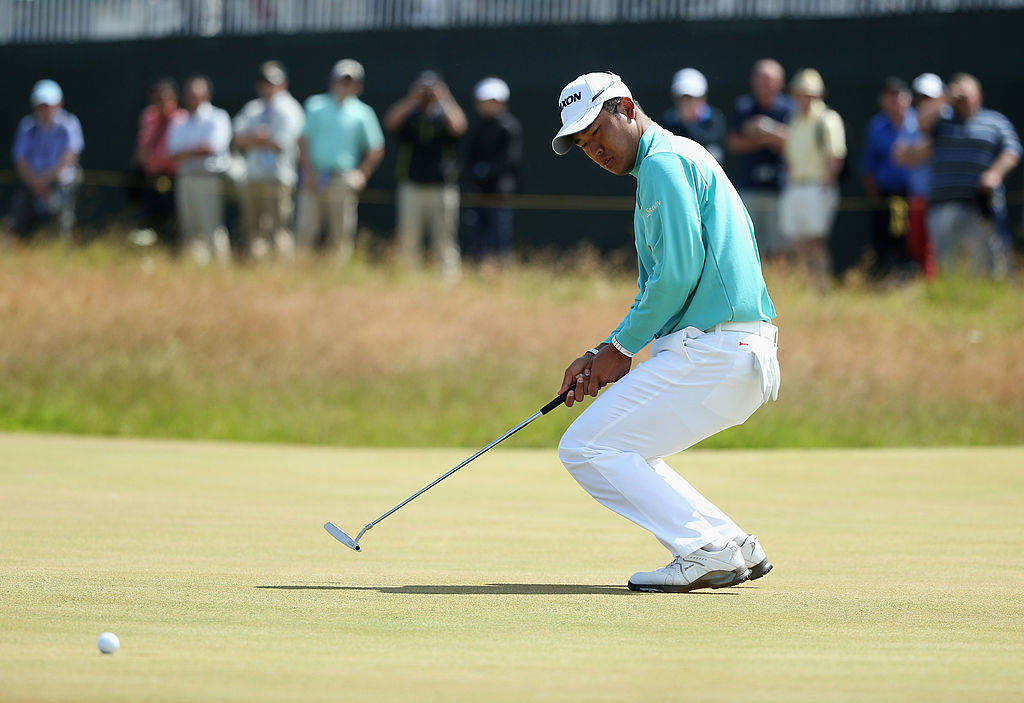 He went on to finish in a tie for 17th, behind compatriots Masashi Ozaki and Aoki, before achieving his best finish in 1986 (T8) after vying for the lead with eventual Champion Golfer Greg Norman.

Elsewhere, Shigeki Maruyama – known as The Smiling Assassin – finished T5 at The Open in 2002, a position matched four years later by Hideto Tanihara in 2006 at Royal Liverpool.

More recently, Matsuyama made a splash on his Open debut at Muirfield in 2013, finishing joint sixth, before backing that up with further top-20 finishes in 2015 and 2017.