One of the best-loved Champions in Open history, Darren Clarke’s has been a life-long love affair with the Claret Jug.

The Northern Irishman lifted the famous trophy in 2011 as a 42-year-old, 20 years after his debut at golf’s oldest championship as a fluffy-haired freshman.

His storied triumph at Royal St George’s is well known and oft-recalled, coming five years after the passing of his wife Heather; memories of Clarke tapping in for the Championship still bring a tear to the eye of even the hardiest of golf fans.

But where did it all begin for The Open favourite? Where did his journey to the Claret Jug originate?

Born and raised in the historic town of Dungannon in County Tyrone, like many aspiring young golfers, Clarke was introduced to the game through his dad’s obsession.

Employed to lug the bags of his father Godfrey, it was not long before Clarke the younger was toting the sticks himself, plying his trade at one of Northern Ireland’s oldest clubs, which just so happened to sit on his doorstep.

And naturally, a passing interest quickly grew into addiction, with the schoolboy soon consuming the game in all available forms.

“Any sports I could get into at school. Dad would play usually Saturday’s and Sunday’s and I started caddying for him.

“After caddying for him for a couple of years, I thought I should have a go at this. This looks quite like a bit of fun, so I took the game up when I was eleven.

was me against the golf course, more individual, really appealed to me.

“It tested me, and it wasn’t a game you could perfect, even though at that early stage I thought I could like any young kid. 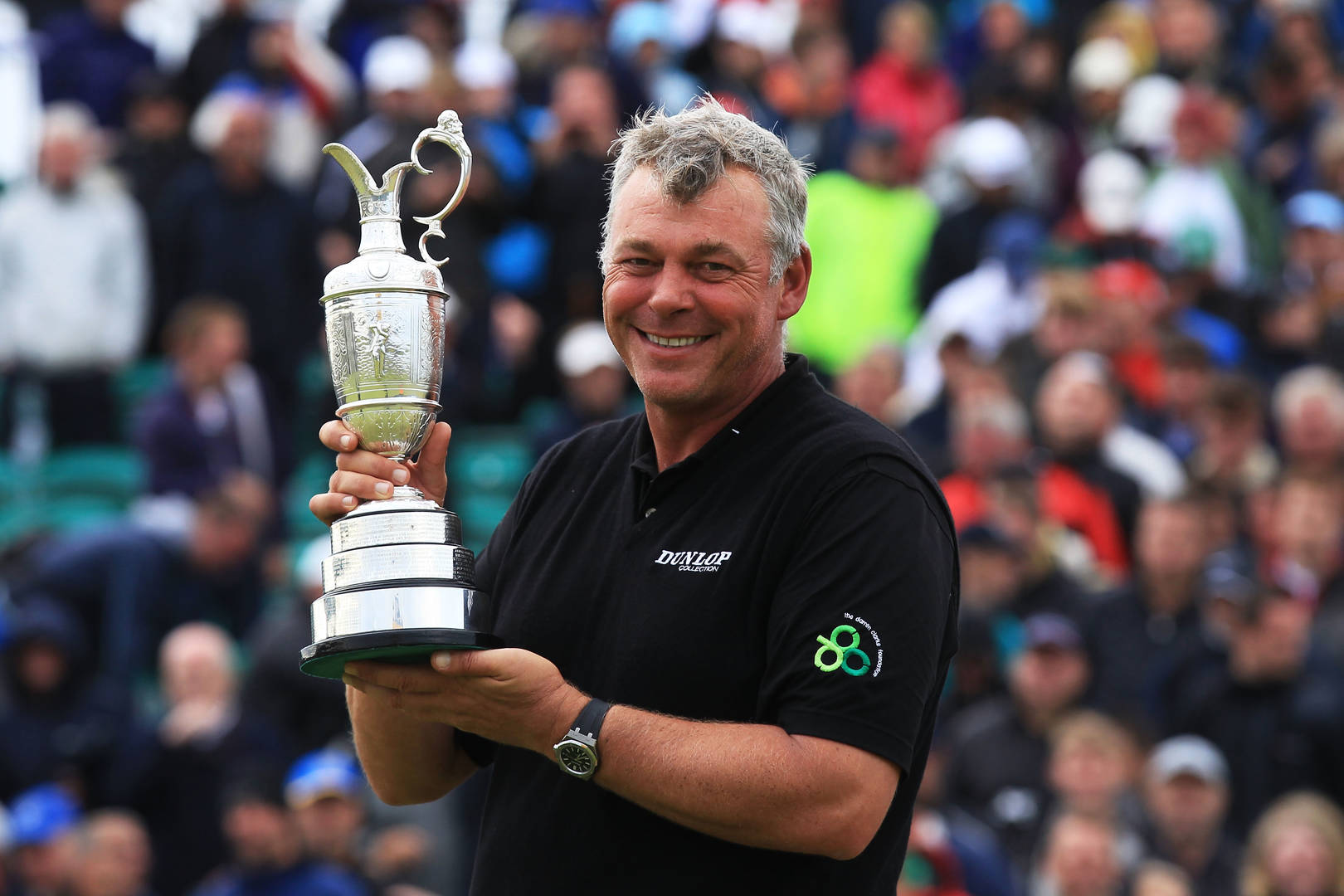 Not only did Clarke find himself relentlessly hitting the practice greens, driving range and getting as many holes under his belt as possible, but he was soon glued to the TV when any golf was shown on the small screen.

An introduction to The Open did not take long to develop into a fantasy as he watched on as the game’s greats battled for supremacy on some of the finest links courses out there.

“You know it use to be on TV and I would just sit in front of the television and watch everybody,” he continued.

“Gary Player, Seve and Jack Nicklaus. To watch all these great players, playing on some of the best links golf courses in the world.

“I would be the young kid on the putting green standing there, this putt for The Open. If in any doubt I’d convinced myself right I’m in a playoff now, got to hole the next one.”

Clarke’s relentless rehearsals soon yielded results: he debuted on the European Tour in 1991, a year after turning professional.

And it was no time at all before he qualified for his maiden Open, teeing off at Royal Birkdale as a 22-year-old realising his dream.

A nine-over 79 in his opening round spoke of nerves, but Clarke responded in style the following day, carding a 67 to reach the weekend.

His 68 on Saturday took him to four over for the Championship, but a final-round 73 saw him finish seven over for his week, a credible return for the debutant as Ian Baker-Finch lifted the Claret Jug.

And Clarke says that, while his love for The Open was well-established before that moment, those four days in Southport lit a fire that has yet to go out.

“It was the one tournament that I looked forward to more than anything else all year, probably too much though because I wanted it so badly,” he added.

“I wanted it so much and because of that I let myself get draw into situations where I would get annoyed with the odd bad bounce.”

But when he stepped onto the green on the 18th in Sandwich 20 years later, there were no bad bounces, no frustrations, just joy: Royal Birkdale was where it all began, and at Royal St George’s the putt to win The Open, that he had rehearsed so many times as a boy, was finally sunk.