Ben Hogan’s only appearance in The Open at Carnoustie in 1953 proved a fitting climax to a glorious career.

Ben Hogan’s only appearance in The Open at Carnoustie in 1953 proved a fitting climax to a glorious career as he got his hands on the Claret Jug.

Though a contemporary of Byron Nelson growing up in Texas, Hogan had no way near the early success of his friend. Instead, he had to “dig it out of the dirt”. He was not afraid of working hard and eventually grooved a swing that would hold up under any pressure.

It was not until after WWII that he started winning majors and had three in the bag when his car collided with a Greyhound bus in fog in 1949. Diving across his wife Valerie in the passenger seat saved both their lives.

He broke a collarbone, a rib, his pelvis and an ankle and almost died again due to a blood clot. Remarkably, he recovered to win the 1950 US Open at Merion. 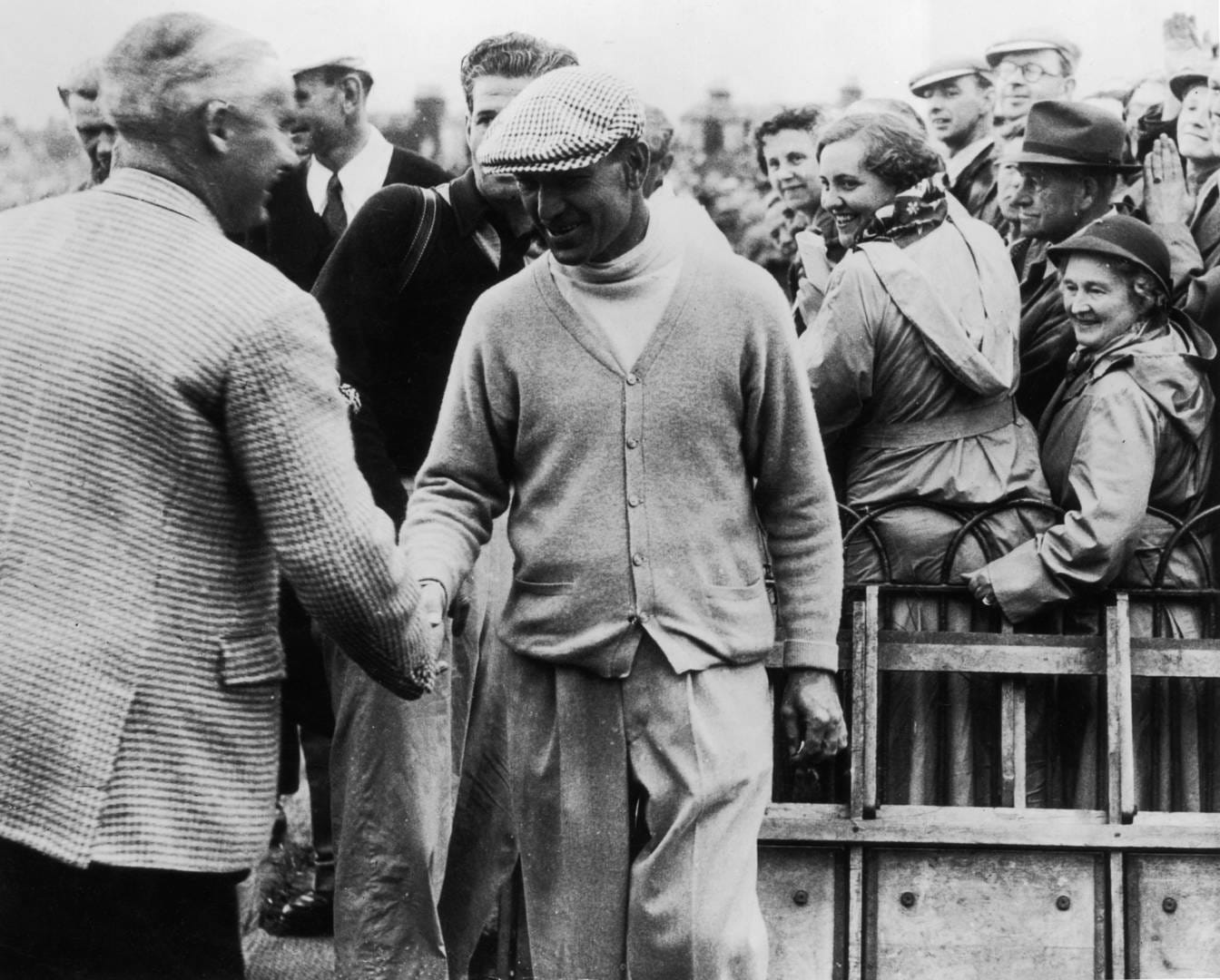 From then until Carnoustie he won six of the eight majors he played in. He did not play in the PGA Championship because it meant playing two rounds a day all week. In 1951 he won the US Open at Oakland Hills, where he said: “I’m glad I brought this monster to its knees.”

In 1953 he won the Masters and the US Open and decided to make his only attempt at The Open, the last of his nine major wins. He improved his score each round and ended with a course-record 68 to win by four strokes from Peter Thomson, Antonio Cerda, Dai Rees and amateur Frank Stranahan.

He was followed by a huge gallery who were mesmerised by a determined man in a white cap, cigarette in hand, glaring stare permanently in place, who swung so efficiently and played such precise golf. They loved him. His only other visit to Britain was for the Canada Cup at Wentworth in 1956 which he won with Sam Snead.