United States
John Daly became Champion Golfer of the Year at St Andrews in 1995 by dramatically beating Costantino Rocca in a gripping play-off.

Watch: The big hitting American finally overcasme Costantino Rocca in a play-off after Rocca's legendary hole out from the valley of sin. Daly showed real poise during the extra holes to earn himself the title of Champion Golfer of the Year

John Daly became Champion Golfer of the Year at St Andrews in 1995 by dramatically beating Costantino Rocca in a gripping play-off. 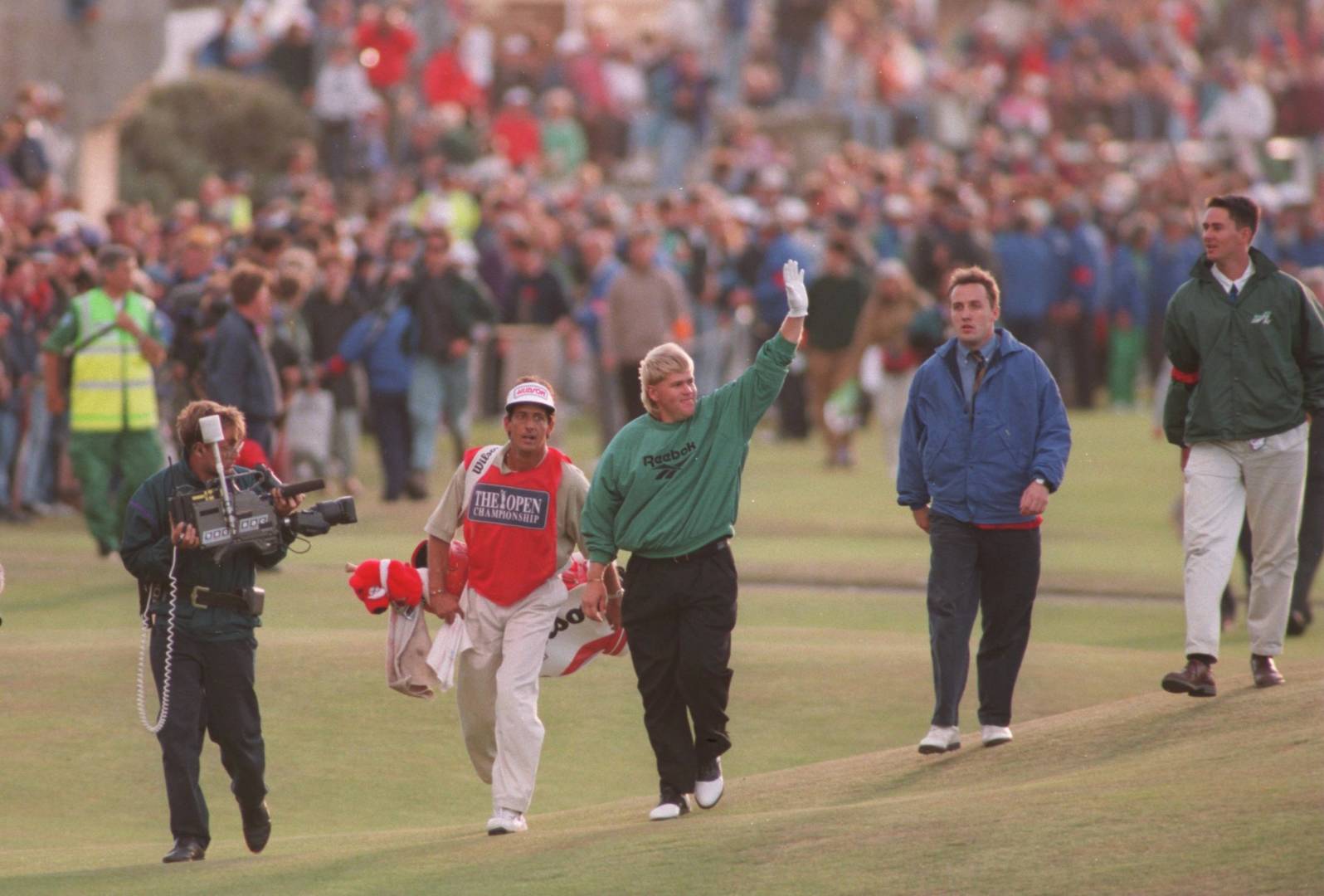 Before his Open triumph, Daly produced one of the most unforgettable and unexpected major performances of all time after receiving a late call-up to the 1991 PGA Championship.

Originally ninth reserve, Daly was a PGA Tour rookie making his debut in the event but led from the second round onwards and finished three clear of Bruce Lietzke.

Proving it was no fluke, the so-called "Wild Thing" was third in the Masters two years after and later the same season lifted the Alfred Dunhill Cup at St Andrews with Fred Couples and Payne Stewart.

He was back at the Home of Golf for The Open in 1995 and after starting the final round four behind Michael Campbell, he beat Rocca in a play-off to become just the fourth post-war American (after Jack Nicklaus, Johnny Miller and Tom Watson) to capture two majors before the age of 30.

He has won only once on the PGA Tour since then - at the 2004 Buick Invitational after a play-off with Luke Donald and Chris Riley - but that followed another success in Europe at the 2001 BMW International Open in Germany.

He turned 50 in April 2016 and earned his first victory on the Champions Tour in May 2017 at the Insperity Invitational.