Northern Ireland
The only European golfer with three of the four majors to his name, McIlroy lifted The Open at Hoylake in 2014 by two from Rickie Fowler and Sergio Garcia. He missed his title defence after a football injury and has finished joint fifth, joint fourth and joint second the last three years.

Rory achieved an ambition he had held since being 6 years old by winning The Open and lifting the Claret Jug at Royal Liverpool.

"I've thought about what it would mean and how special it would be to win an Open here at Royal Portrush in front of a home crowd." Rory Mcilroy

Rory drives down the 7th hole.

Rory at the back of the iconic 5th hole

Champion golfer of the year 2014

Since making his Open debut at Carnoustie in 2007, Rory has since won three of the four majors. McIlroy lifted The Open at Hoylake in 2014 by two from Rickie Fowler and Sergio Garcia. He missed his title defence after a football injury and has finished joint fifth, joint fourth and joint second the last three years. 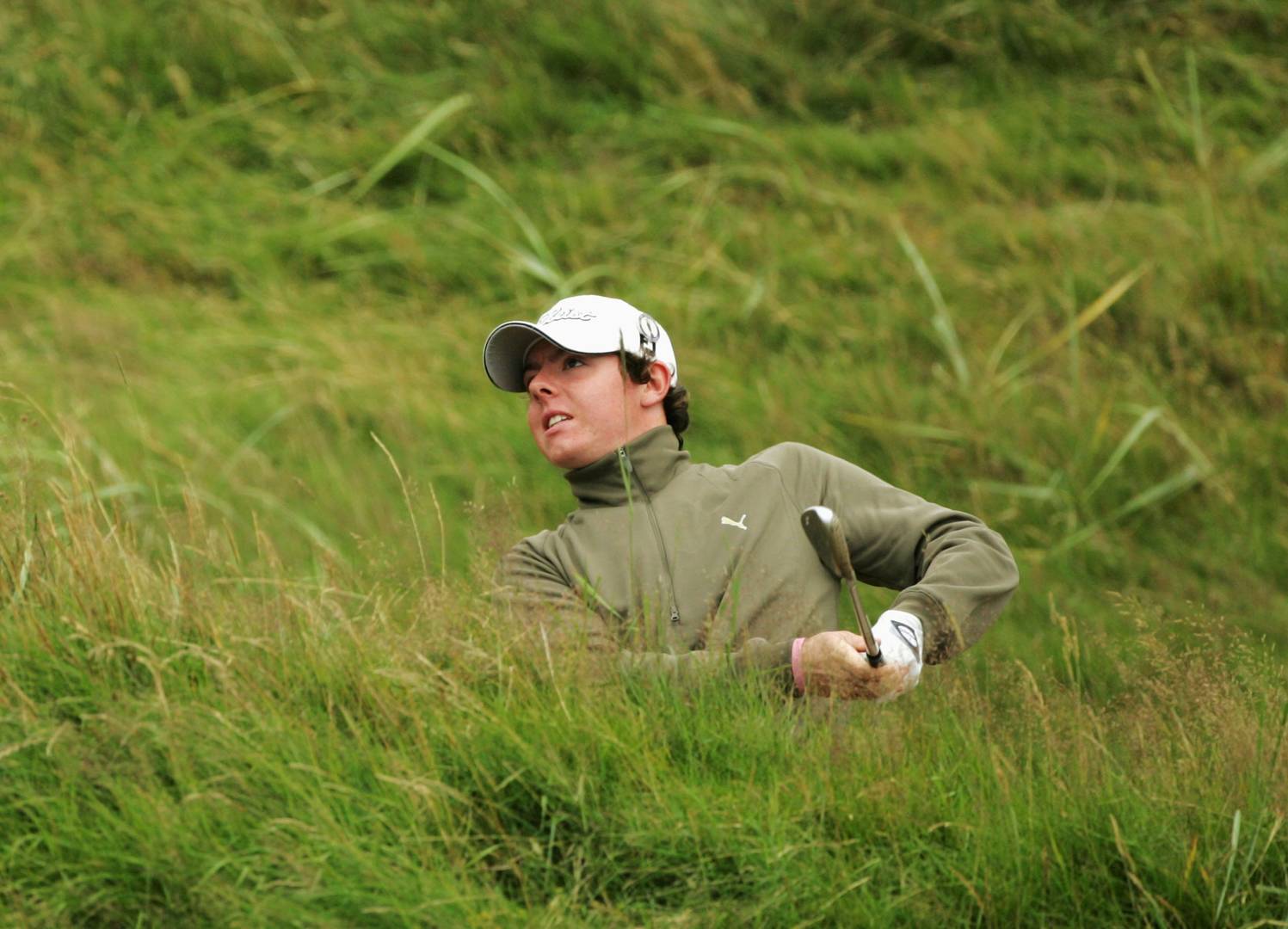 He was an eight-shot winner of both the 2011 US Open and 2012 PGA Championship, the first of those making him at 22 the youngest holder of the trophy since Bobby Jones in 1923.

Three weeks after his Royal Liverpool success he added a second PGA crown and fourth major. At 17 he led the amateur world rankings (for only one week) and captured the European title, at 18 he won The Open silver medal as leading amateur and in the 2010 championship at St Andrews he equalled the then major record of 63 en route to finishing third.

With two World Golf Championship crowns to his name, he has had seven spells as world No 1, has been part of five Ryder Cup sides and in 2016 grabbed the $10million FedEx Cup jackpot. Has 13 wins in America, most recently the Arnold Palmer Invitational in March 2018.