How The King revitalised The Open

You do not transcend the game of golf like Arnold Palmer did by just playing things safe.

The man they called The King was always someone who looked to do things a little differently.

Both on and off the course, Palmer stepped to his own beat and without him, the game of golf would not be the transatlantic titan that it is today.

And indeed The Open owes this golfing icon a debt of gratitude as well.

For, from the other side of the world, it was the great man who brought the Claret Jug back into the American golfing consciousness at the start of the Sixties.

He recognised the importance of the only major not played on American soil for what it was and knew that if he wanted to become an all-time great like his heroes before him, then he needed to lift that famous old trophy. 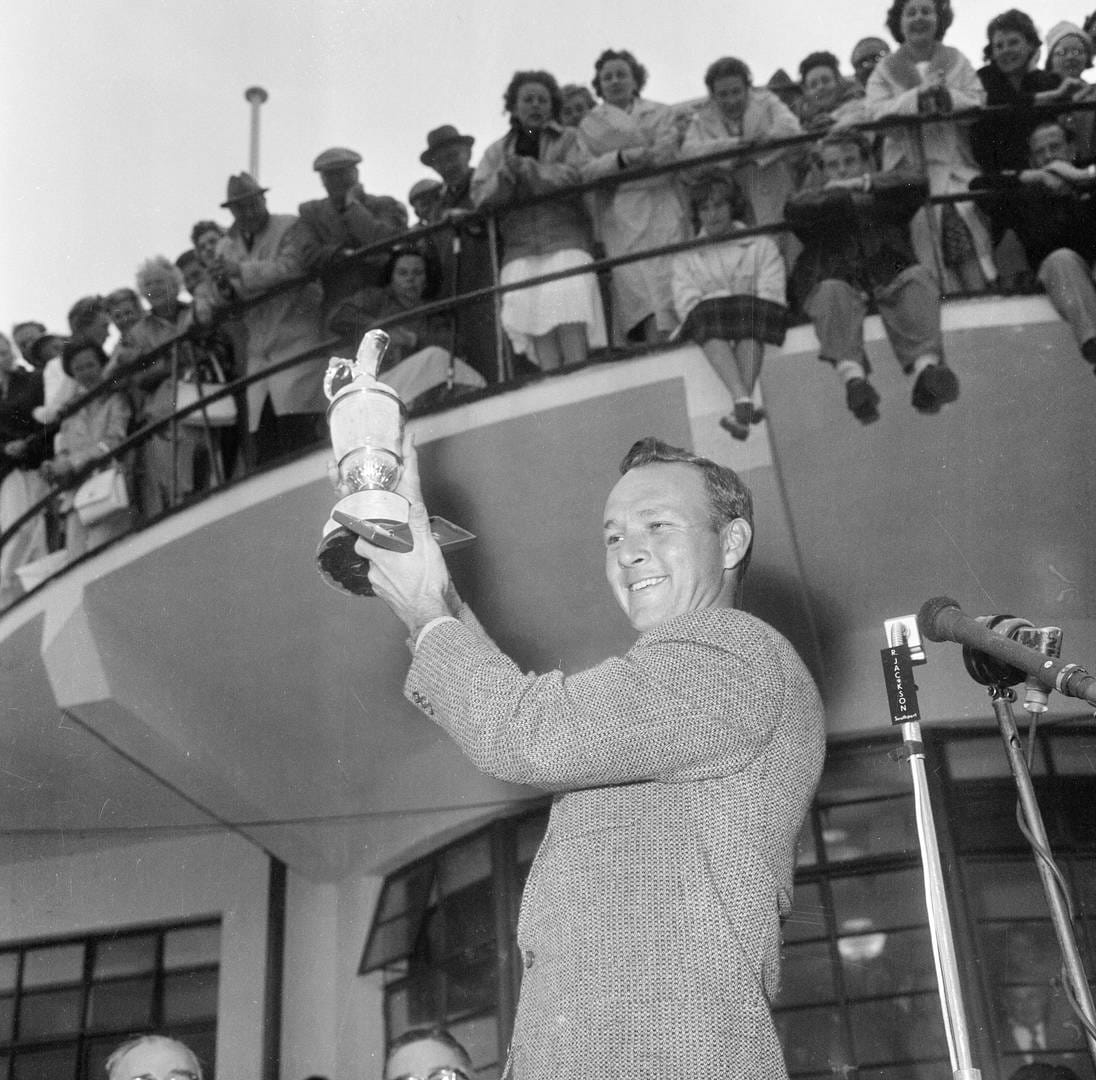 For Palmer was a student of the game, he had read all about Bobby Jones’ Grand Slam back in 1930 and of course of Ben Hogan, the last American to win The Open back in 1953.

But by the turn of the decade, and Gary Player’s victory in 1959 at Muirfield, American participation in the event had dried up.

There was not a single American in the field that year and the reasons for it were manifold.

The travel involved was long and arduous, the winners’ cheques were dwarfed by the prizes on offer to stay their side of the pond and the idiosyncrasies of links golf were alien concepts to most American golfers of the time.

Throw in the fact that at the time you still had to play a 36-hole Qualifier to The Open with no exemptions and most American golfers realised that a trip to Britain more than likely would mean they lost money.

Unsurprisingly therefore, they began to stay away after the Second World War as the Australians and South Africans came to dominate golf’s open major.

But Palmer was having none of this. 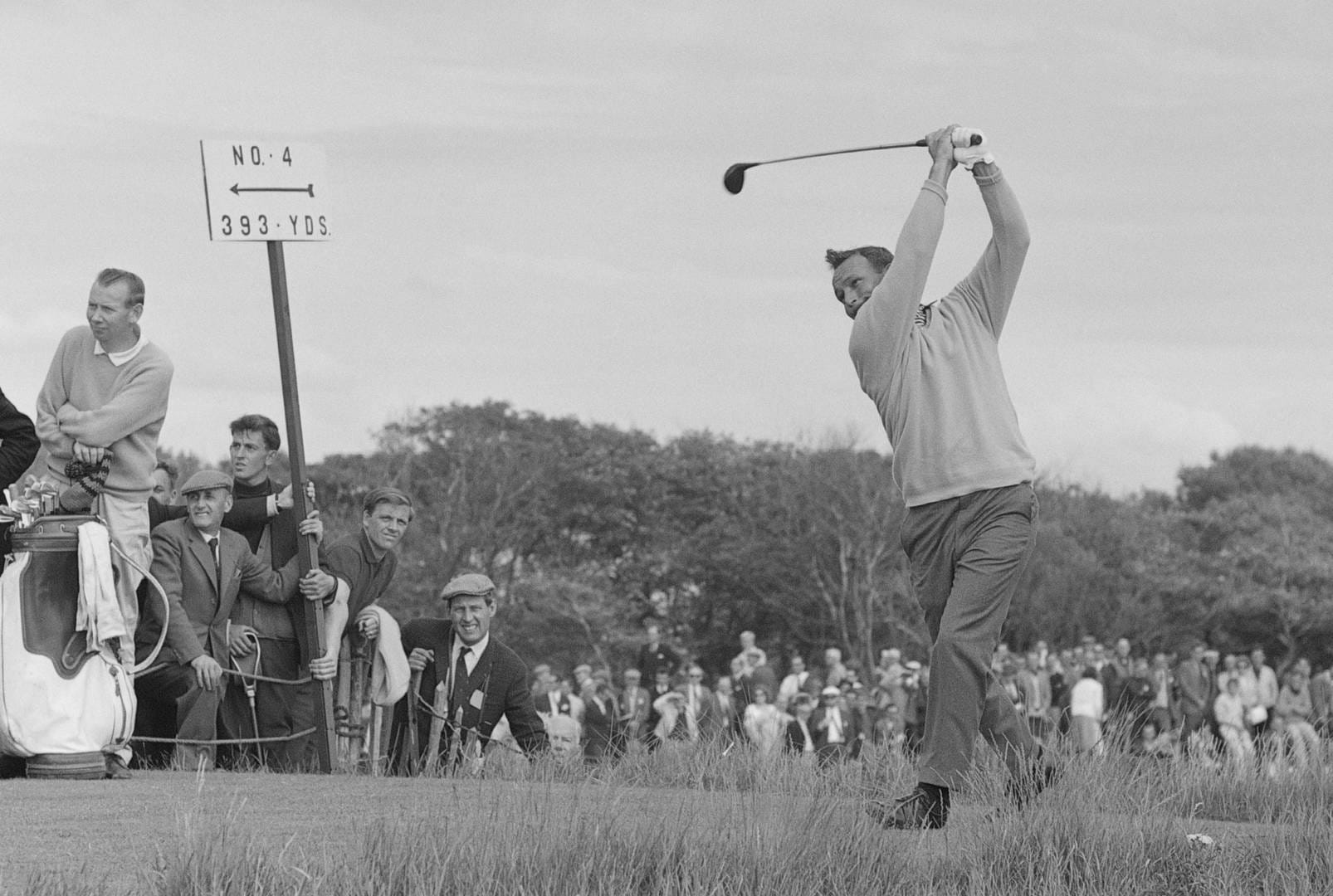 And in 1960, with ideas of a new Grand Slam fresh in his mind after a stellar start to the year, it was to St Andrews that the golf’s great pioneer descended in search of a maiden crown.

He was undoubtedly the star attraction, the prize money for That Open went up 40 percent as a result.

At the peak of his powers at the age of 30, Palmer arrived in Scotland to the Old Course on a rampage.

He had gone wire to wire to win the Masters in April and then produced a record seven-shot comeback at the US Open to complete the first two legs of the Grand Slam.

A few Americans had joined Palmer on his crusade, there were four in the field after the qualifier but there was only one main attraction.

Palmer produced what he would call ‘the best four rounds of his career’, shooting 71-69-67-67 but it wasn’t enough.

Kel Nagle held off the great man by a solitary stroke to claim his first and only major but Palmer was not to be denied.

A year later, with his mind now firmly made up, Palmer returned – this time to Royal Birkdale – and went one better.

Welshman Dai Rees ended up as runner-up but the win is best remembered for Palmer’s famous 6-iron shot on the 15th hole (now the 16th) from the base of a bush onto the green that is now marked by a plaque.

Palmer was the Champion Golfer of the Year for the first time, and only the third American after Hogan and Sam Snead to win the big one in the last three decades.

Now Americans were really sitting up and taking notice, indeed by the time 1970 rolled around, the 1959 no-show was long forgotten, Americans made up 24 of the 134 starters that year and so it would stay.

The influence was clear to see, a year after his first win – Palmer was back and this time had his sights set on Royal Troon. 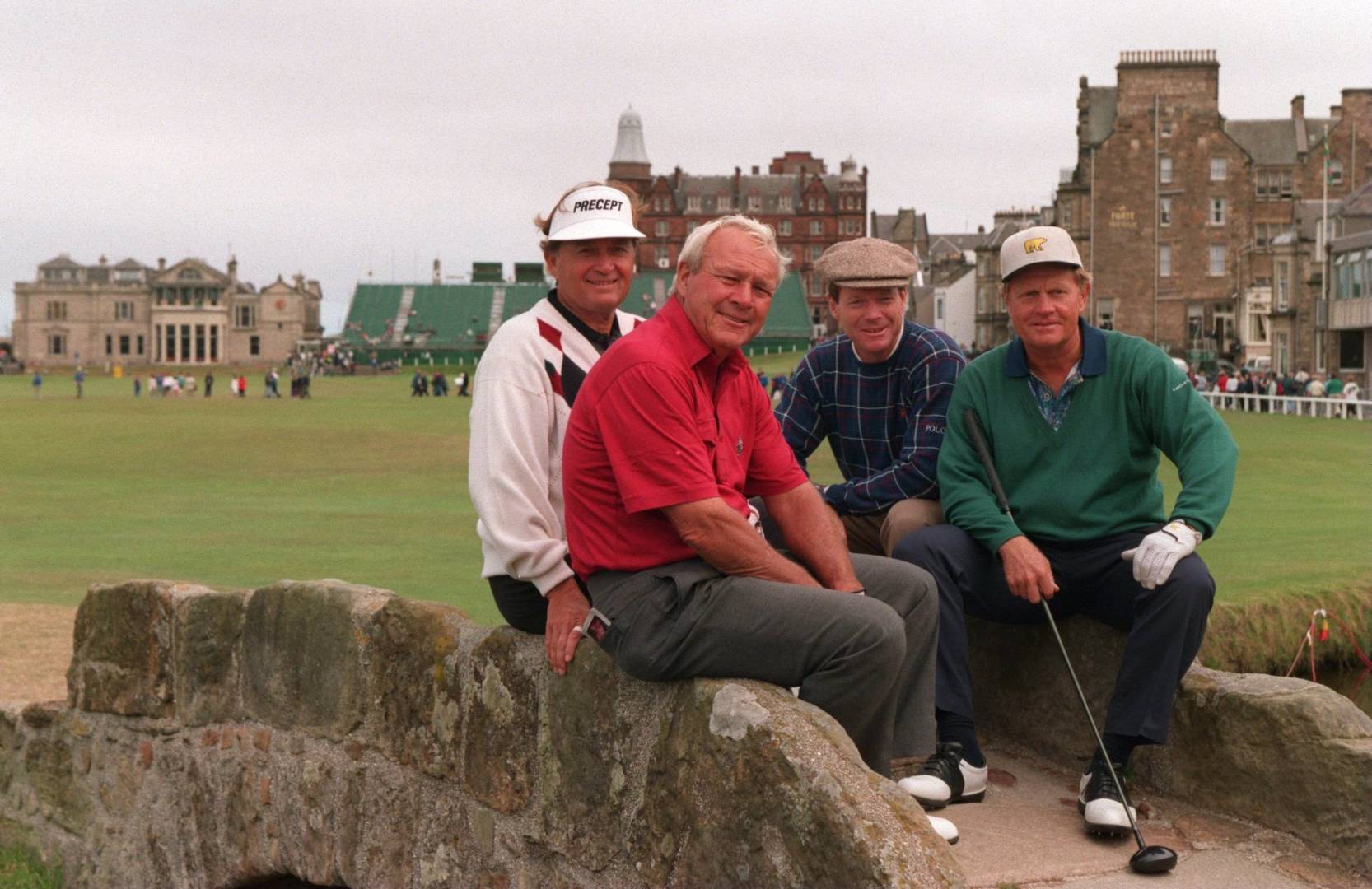 A certain Jack Nicklaus had also been convinced to make his first trip that year, but the Golden Bear was in no position to stop Palmer just yet.

The King was in a world of his own that week, winning by six shots from his old rival Nagle to make it back to back Claret Jugs.

As Palmer himself remembered in retirement: “It was exciting for me because I was trying to fulfil a desire that I had to play in The Open Championship, and I felt that if you were going to be a champion, you couldn’t be a champion without playing in The Open and hopefully winning The Open.”

Thereafter The Open was firmly back on the golfing radar and while Palmer would never win it again, he did manage four more top ten finishes before his iconic farewell on Swilcan Bridge in 1995.

By his end, Palmer was as beloved in Great Britain as he was in America. One of the game’s all-time greats who injected new life back into The Open just when it was beginning to fade from American view.