Ask any ardent golf fan to name the six players who have won majors at both Augusta and St Andrews and the first five roll off the tongue.

Woods, Faldo, Nicklaus, Snead and Ballesteros are stitched into golf’s history, immortalised and revered around the world as some of the all-time greats. In Nicklaus and Woods’ case, perhaps even the greatest.

The sixth can sometimes be a little harder to get. Gary Player won the Masters three times but could only manage a best of seventh at St Andrews, while Tom Watson, a two-time Masters winner and five-time Champion Golfer of the Year, was tied for second on the Old Course in 1984.

Arnold Palmer was second at St Andrews in 1960 and while Phil Mickelson’s sole Claret Jug was secured at an historic Scottish course, it was at Muirfield rather than St Andrews.

In fact, the correct answer is the most recent St Andrews winner.

Zach Johnson will arrive at Royal Portrush for his 16th straight Open in July. A veteran, with five Ryder Cup appearances and nine major top-ten finishes, Johnson’s career has been consistently strong – but with two notable peaks eight years apart that are the envy of almost all of his contemporaries. 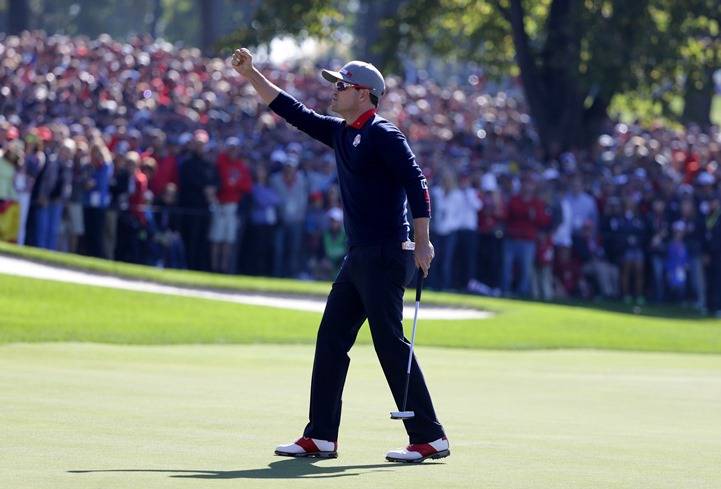 With golf dancing to Tiger Woods’ tune in the mid-2000s, Johnson’s win at the Masters in 2007 was as unlikely as it was gripping.

Think of Augusta and peaceful images of Magnolia Lane and Amen Corner come to mind but 2007 provided far tougher conditions. And Johnson thrived.

He trailed leader Stuart Appleby by two strokes heading into the final round, with Woods one ahead, but showed unbreakable concentration and unwavering nerve to chisel out a final-round 69 to win.

It was the first time Woods had ever played in the final group of a major and lost.

A new star of American golf was born but Johnson struggled to replicate that form in the other majors – immediately anyway.

He hoovered up nine other PGA Tour trophies between 2007 and 2015 and secured five other major top-tens, including a tied-3rd at the 2010 PGA Championship.

However, a second major appeared unforthcoming, in the US at least.

But for a man from the US Midwest, the unique British links became his favourite and his dedication to cracking The Open finally paid off.

It was not easy at first. Johnson missed the cut on his first three appearances at The Open but he quickly got the hang of it with a T20th finish at Carnoustie in 2007, just three months after that Augusta win, the first of 11 straight cuts made at golf’s oldest major.

Finishes of T9th at Royal Lytham & St Annes in 2012 and T6th at Muirfield a year later set the template for what happened at the Old Course in 2015.

With the rain piling down, he shot a final-round 66 in poor weather conditions to see off Marc Leishman and Louis Oosthuizen in a thrilling play-off. 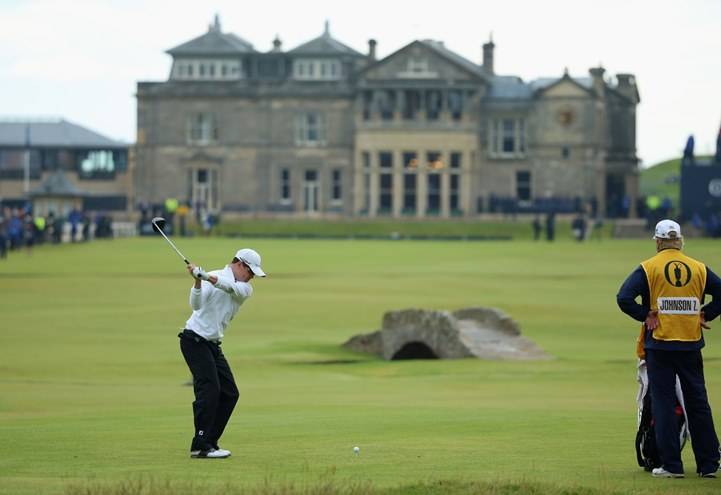 For a man so used to mastering the difficult conditions, it is no surprise he was cool under pressure.

“The reverence I have for this championship and specifically that trophy, that Claret Jug,” Johnson said.

“I’m not suggesting that someone doesn’t have a higher reverence for it, but I’d argue with them.

“Augusta is Augusta. You know what you’re going to get there.

“It probably doesn’t favour me unless the conditions are really, really firm and fast, meaning the scores are not 15-under.

“And then over here the golf courses are not dramatically different. The elements might be, meaning you might have brown fairways one year and then you go somewhere else and it might be plush."

THE TRAIL OF A CHAMPION GOLFER

It is rather apt that Johnson had to fight for both his major wins because he has been fighting his whole career.

Unlike some, he was never touted as a future superstar and used to work at popular American restaurant Olive Garden to fund himself, while at college he played for Drake University in Des Moines – hardly a golf powerhouse.

But with the talent he has, he was always going to reach the top and he remains one of just two players to have shot two rounds of 60 on the PGA Tour. The other is Phil Mickelson.

Johnson also boasts ten other PGA Tour titles, 11 WGC top-ten finishes and has only been beaten once in five play-off appearances.

"Dreams have been realised, goals accomplished. I'm grateful and humbled. Honoured. That jug means so much in sports,” he said after his success. “These are things you dream about.

"These are the things you've worked to get to. I'm humbled right now by what's in my lap and the names that are etched on this piece of metal.

“This is very special. It's the who's who in the game. It's the guys who paved the way. It's the individuals who are historic in sports."

Of all the courses in world golf, Augusta and St Andrews are the ones players dream about.

Woods, Faldo, Nicklaus, Snead and Ballesteros know what it takes to win at both. So does Zach Johnson.