How it works and the Arnold Palmer Invitational

The Open Qualifying Series welcomes a new event to its roster this year for the road to Portrush as the prestigious Arnold Palmer Invitational presented by Mastercard makes its debut.

It is the latest of 13 worldwide events for non-exempt players to earn their place at The 148th Open, which returns to the Northern Ireland venue in July after a 68-year hiatus.

Rory McIlroy, one of six Champion Golfers to have also won the Arnold Palmer Invitational, will be looking to defend his title this year after his three-stroke victory at Bay Hill in 2018.

But while McIlroy is already qualified for this year’s Open on his home turf as a former Claret Jug holder, three places will be up for grabs for those who are not yet exempt to play.

And ahead of the event at Bay Hill – the home of two-time Champion Golfer Arnold Palmer – here is everything you need to know about TOQS and who will be in contention in Orlando.

Introduced in 2014, The Open Qualifying Series (TOQS) is an international qualifying series run every year which offers players the chance to earn exemption for The Open.

As golf’s original and most international major, TOQS ensures players across the globe have an opportunity to earn their place in the field and challenge for the coveted Claret Jug.

The road to The 148th Open started at the end of last year at the Emirates Australian Open, the first of 13 events in 11 countries that will make up TOQS for 2019.

A total of 46 places in the field of 156 players for Royal Portrush are available through TOQS for those who have not already qualified by matching any of the 28 exemption categories.

Those exemption categories include former Champion Golfers aged 60 or under, the top ten from The 147th Open and the top 50 players in the Official World Golf Rankings.

The Arnold Palmer Invitational presented by Mastercard – played every year at the famous Bay Hill Club and Lodge – is one of four new events to join the OQS schedule this year.

Three of those are on the PGA Tour, with the Arnold Palmer Invitational making its debut along with the RBC Canadian Open and the Rocket Mortgage Classic in Detroit.

There will be three places in the field at The 148th Open on offer at the Arnold Palmer Invitational for the leading three players who finish in the top ten and ties – and are not already exempt.

In the event of a tie for a qualifying place, the player with the higher ranking in the Official World Golf Rankings at the beginning of the week commencing 4 March will be awarded a place in The 148th Open.

And where better to hold an OQS event for those players with aspirations of teeing it up in Portrush than at Bay Hill, the home of two-time Champion Golfer and golfing legend Arnold Palmer.

Palmer, who won back-to-back Opens in 1961 and 1962, was highly credited for helping to revitalise the prestige of The Open after interest from American golfers had dwindled due to cost of travel.

‘The King’ came to Britain to play St Andrews in 1960 in a bid to achieve a modern version of Bobby Jones’ 1930 Grand Slam, having already won the first two majors of the year.

He narrowly missed out by one stroke before being named Champion Golfer the following two years, encouraging other leading Americans to travel over for The Open in the process. 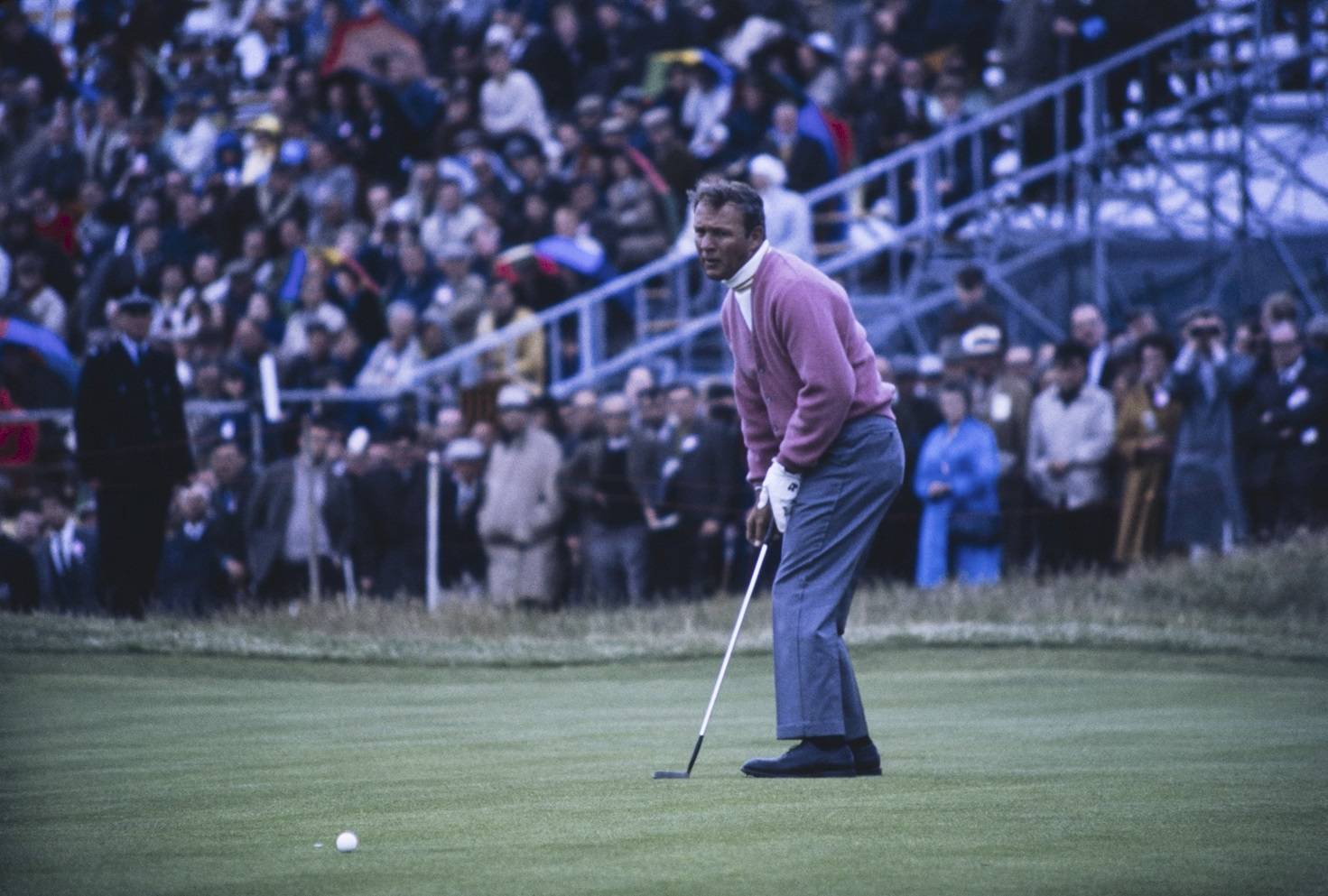 WHO ARE THE CONTENDERS

He will face stiff competition to retain the title, though, with reigning Champion Golfer of the Year Francesco Molinari and last year’s Masters champion Patrick Reed both in the field.

Another Champion Golfer in Phil Mickelson, who lifted the Claret Jug in 2013, will also be among the contenders for the title when he tees it up in Orland for the first time since 2013.

Mickelson has form at Bay Hill, having won the Arnold Palmer Invitational back in 1997, while world No.1 Justin Rose and Rickie Fowler also have consistent records at the event.

Outside of those already exempt for The Open, there are also plenty of players looking for glory and a spot in the field at Royal Portrush through TOQS with a highly-placed finish.

One of the most notable is Northern Irishman Graeme McDowell, who is gunning for a place at The 148th Open on home soil and will be desperate to secure his spot this week.

Michael Thompson is not yet due to make the trip to Northern Ireland, but the 33-year-old is on a run of five straight top 20s and could threaten the top of the leaderboard again this week.

Meanwhile, Charles Howell III will be making his 19th consecutive appearance at Bay Hill, with seven yielding top-25s, and he is also on a good run of form with six top-20s in his last seven starts.