Christmas came early for Shugo Imahira and Shaun Norris when they booked their places at The 148th Open at Royal Portrush back in December thanks to the 2018 Official Money List of the Japan Golf Tour.

The top two players on the Official Money List both earned exemptions for their chance at Claret Jug glory in July, with the duo rewarded for brilliantly consistent seasons.

Imahira claimed the first prize after a campaign which included no fewer than 14 top-ten finishes, including his second tour win, while Norris pushed him all the way before falling just short.

But who are the two men who will be teeing it up in Antrim? In the latest of our profiles on each of the qualifiers, here’s everything you need to know about the pair.

Imahira won twice on the 2014 Japan Challenge Tour en route to winning the season money list title, having demonstrated his potential as a teenager by winning the 2008 Japan Junior Championship.

He started playing full-time on the Japan Golf Tour in 2015, with his best finish coming in the Shigeo Nagashima Invitational Sega Sammy Cup, where he finished in a tie for second.

Another runner-up place followed in 2016 in the Gateway to the Open Mizuno Open, which earned him exemption to The 145th Open at Royal Troon.

It was a case of second time lucky for Imahira, who finished one shot behind KT Kim to qualify a year after missing out at the same event by a single stroke.

Imahira also claimed his first win on tour at the Kansai Open in 2017. 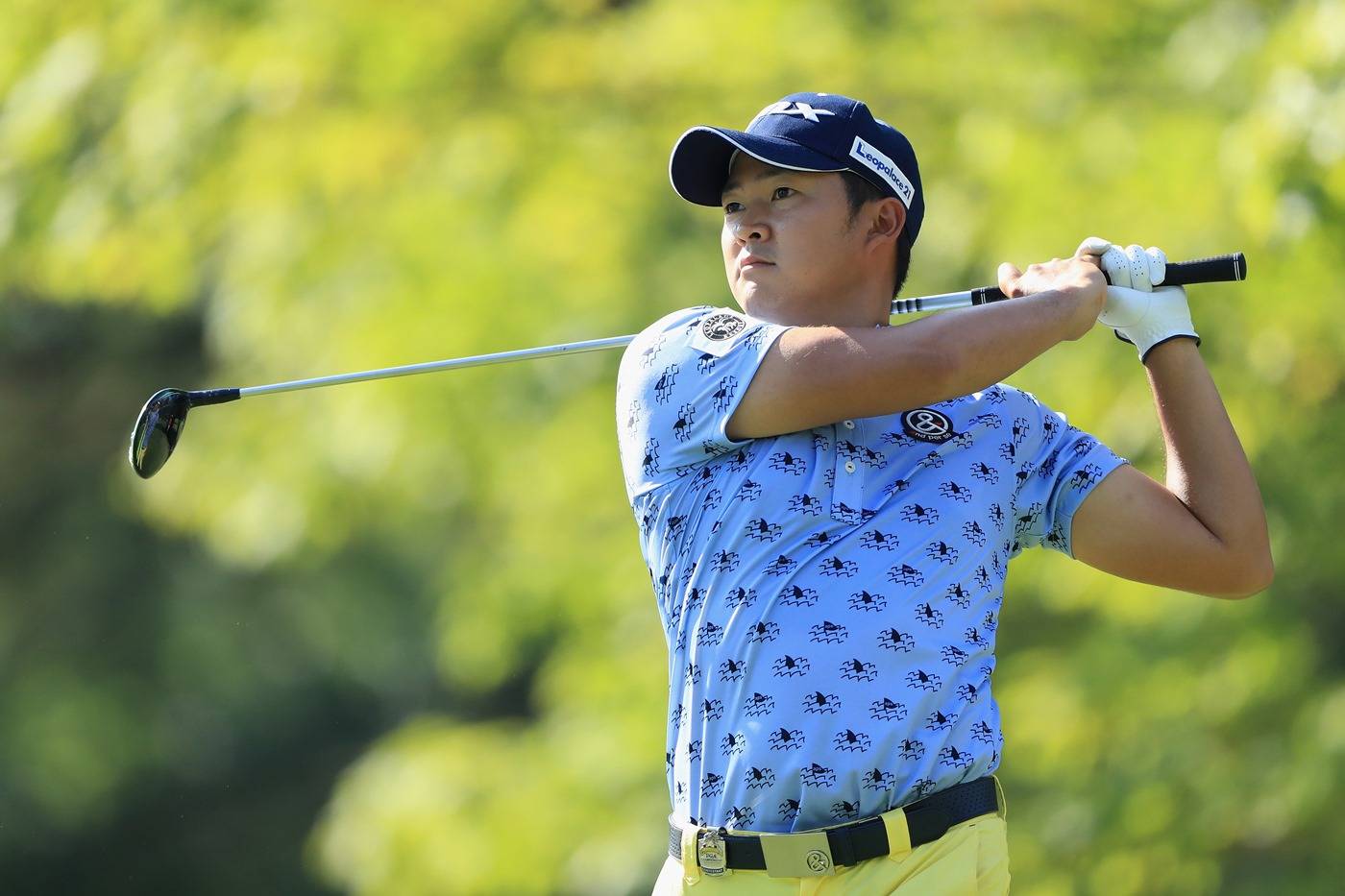 Royal Troon was Imahira’s major championship debut as he travelled to Ayrshire to battle it out with the world’s best golfers for the honour of lifting the Claret Jug.

It was a challenge he said he was relishing before The 145th Open. “I am really excited to be going to play in such a special event,” said then 23-year-old.

“In my mind I think of links courses as being very hard and fast, so I will need to prepare. It’s going to be a very tough challenge, but I am very much looking forward to it.”

And Imahira got off to a dream start as he began The Open with an impressive three-under 68, which left him just two shots behind second place on the leaderboard.

A weather-hit second day proved his downfall, though, as he missed the cut after struggling to a nine-over 80 on the Friday before Henrik Stenson went on to be crowned Champion Golfer.

A year to remember

Few individuals in world golf were more consistent in 2018 than Imahira, who rose up the rankings with no less than 14 top-ten finishes on his way to winning the Official Money List. 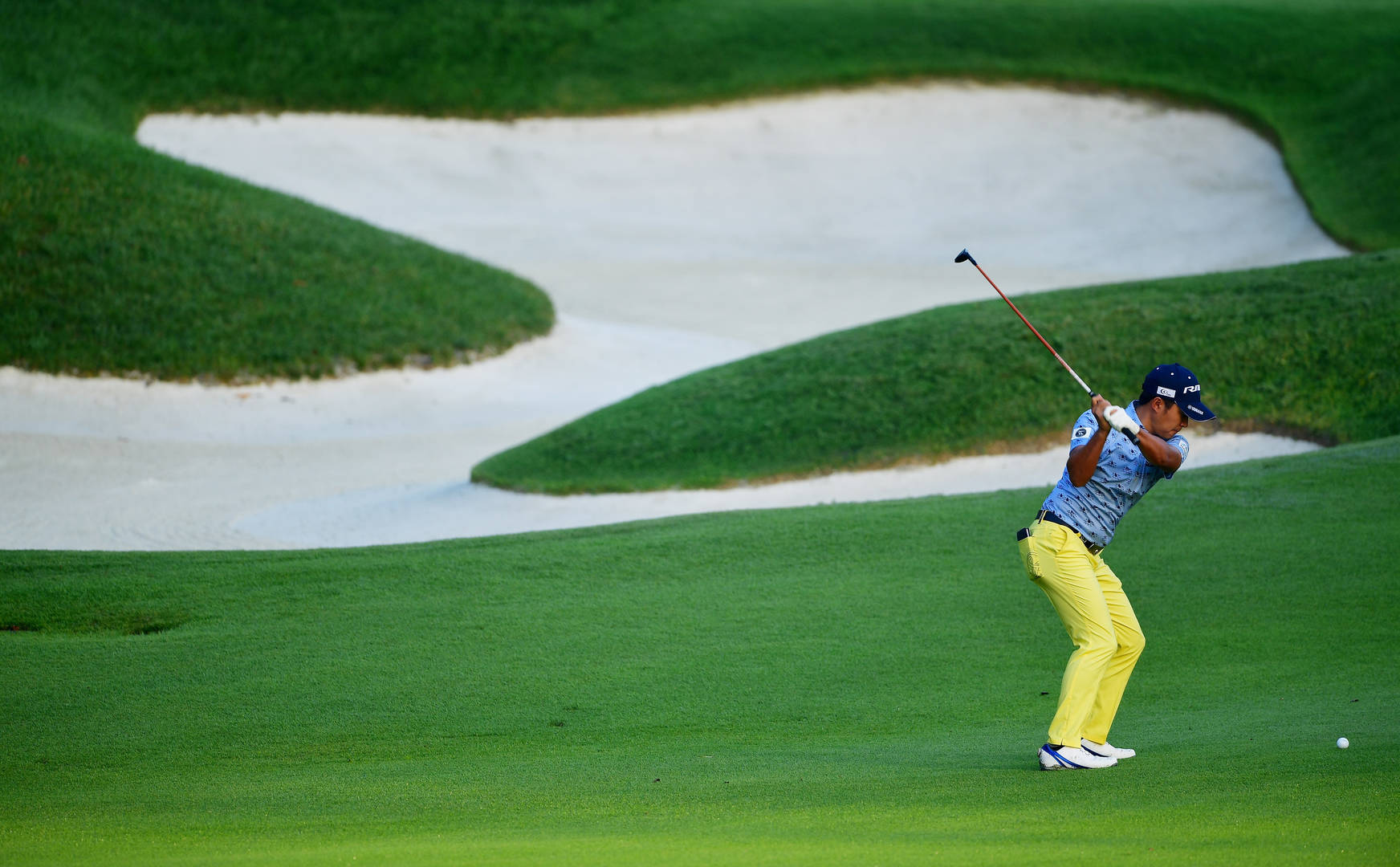 He was consistently in contention for titles and, having had several near misses, the Japanese star won his second Japan Golf Tour crown at the Bridgestone Open, where he birdied the last three holes to beat Masahiro Kawamura by one shot.

Four more top ten finishes before the end of the season ensured he claimed the Official Money List crown – and with it, a place on the first tee at Royal Portrush next year.

Norris a man of many talents

Imahira will be joined at Royal Portrush by Norris but, like so many sports stars, the now-36-year-old showed plenty of potential in more than just his chosen discipline before turning professional in 2002 – also shining at rugby and cricket.

The South African started out on the Sunshine Tour and had to be patient for silverware, claiming the inaugural Africa Open in 2008 before it became part of the European Tour.

A second title followed three years later when Norris staged a Sunday comeback to clinch the Nashua Masters, shooting a final-round 65 to beat Tyrone Mordt by one shot.

Norris credited his success to a putter change made the week before at the BMG Classic, where he tied for third, admitting it was an “easy decision” to stick with the long putter.

The 36-year-old also made his European Tour debut in 2011 after graduating from qualifying school, before earning his Asian Tour card via the same route in 2015. 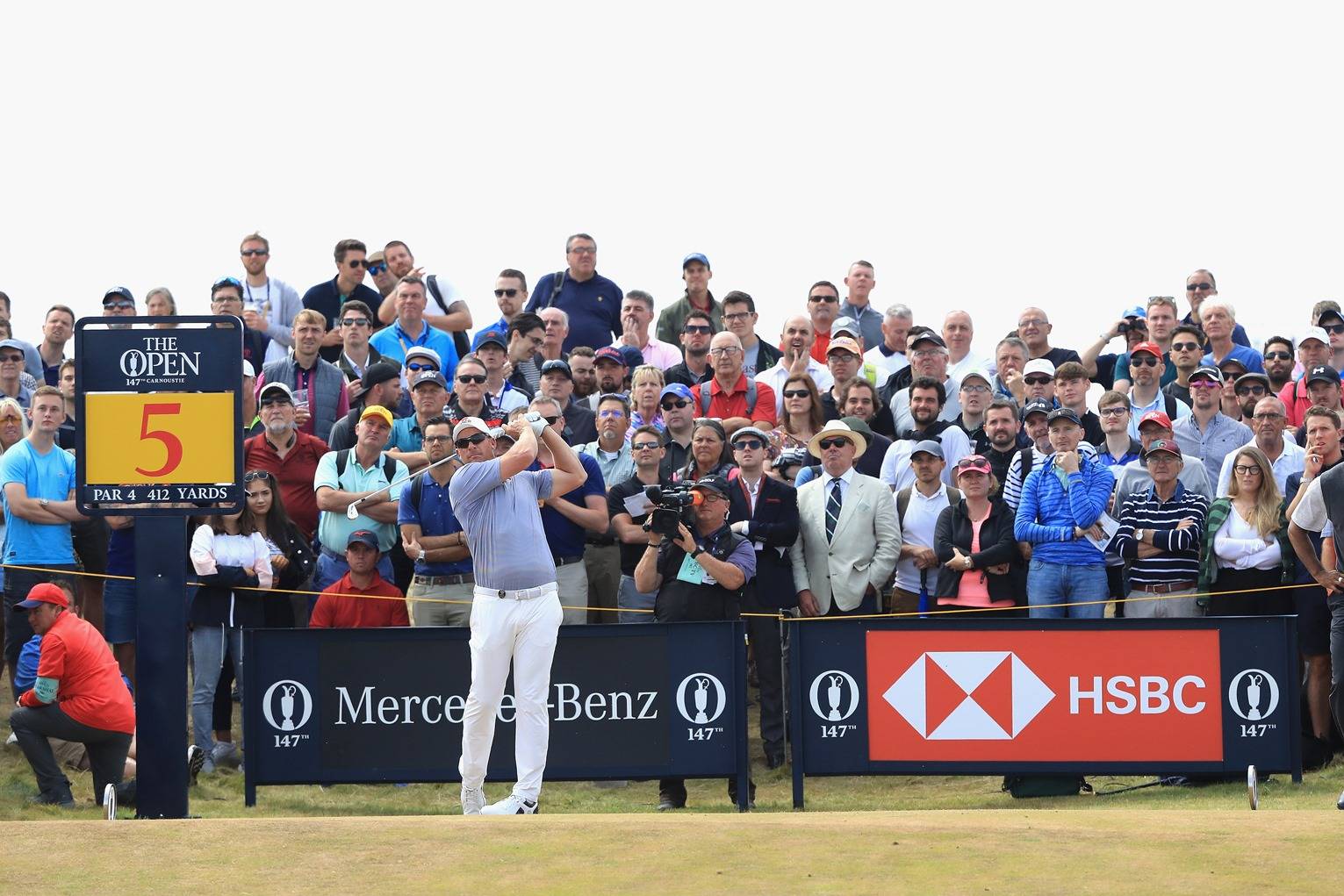 Having secured his place on tour by finishing tied 12th at qualifying school in Thailand, Norris went on to cap a dream rookie season by winning the Yeangder Tournament Players Championship.

A second season on tour then started with a bang as he triumphed at the Leopalace21 Myanmar Open, which was co-sanctioned with the Japan Golf Tour, by four shots over Park Jun-Won.

His career continued to flourish in Asia in 2017, where he won the Japan Golf Tour Championship Mori Building Cup Shishido Hills and finished second at the Golf Nippon Series JT Cup.

That victory at Shishido Hills earned Norris his major debut, with his closing-round 64 lifting him to second on the money list on the day the top two received Open exemptions.

Norris had just missed out on securing his berth at Royal Birkdale the week before after finishing sixth at the Gate Way to The Open Mizuno Open, when there were four spots on offer.

And while many struggle to cope with the pressure of competing at the most prestigious major for the first time, Norris appeared to show no nerves as he impressed from day one at The 146th Open.

Steady rounds of 71 and 74 in Southport saw him safely progress to weekend, before he shot the round of his life on Saturday to briefly claim the clubhouse lead.

His bogey-free 65 tied for the low round of the Championship as he stormed into a tie for tenth, but he was unable to sustain his form on Sunday as a final-round 76 dropped him down to T62.

Norris split his time between multiple tours in 2018 and he was ultimately one of the last players to take up a place at Carnoustie as part of The Open Qualifying Series.

Two closing birdies lifted him into a tie for third place at the Joburg Open and because his world ranking was higher than Tapio Pulkkanen, he booked his spot at The 147th Open.

It would turn out to be another memorable occasion for Norris as he once again made the cut with rounds of 74 and 68 to set up a Saturday pairing with three-time Champion Golfer Tiger Woods. 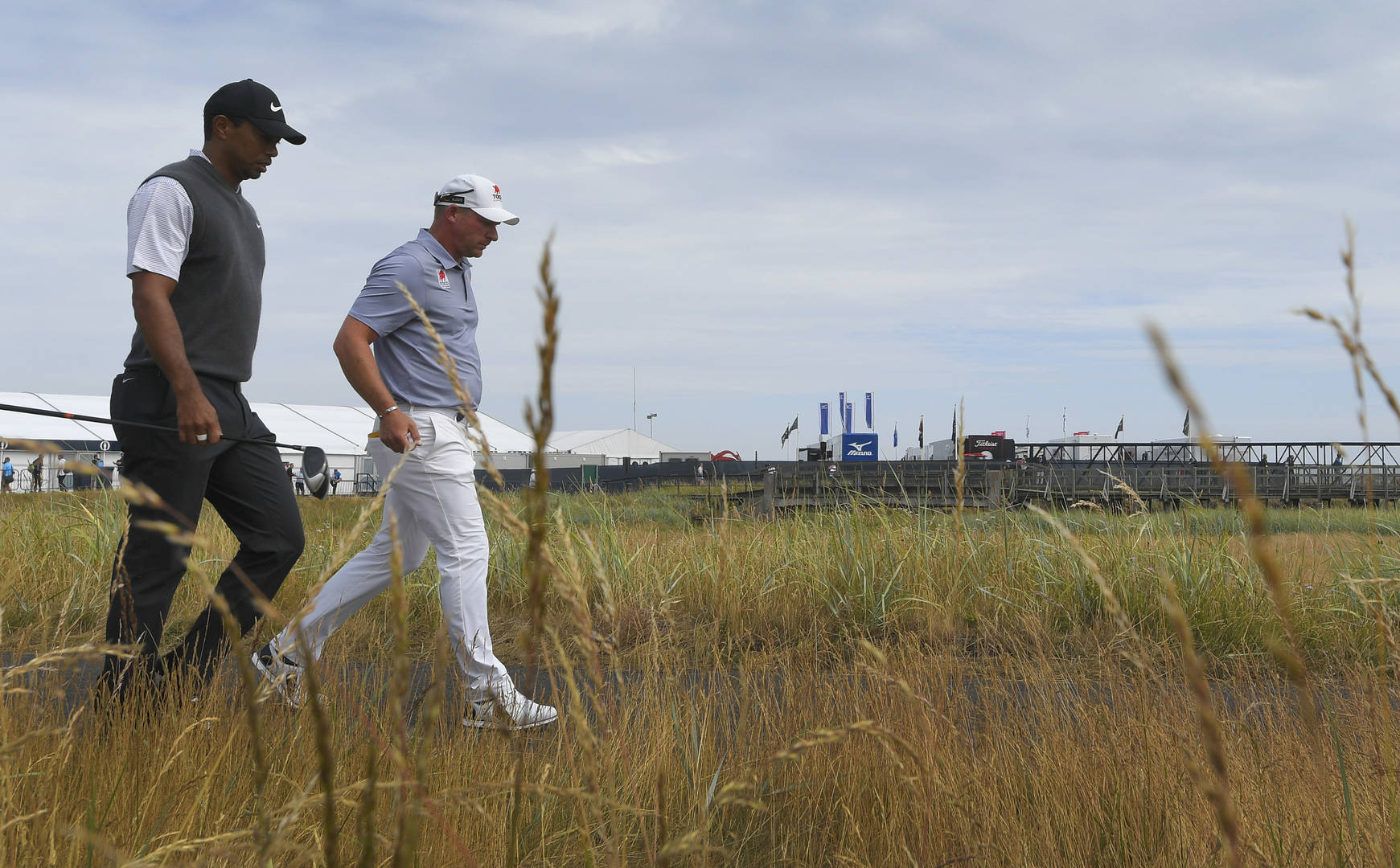 He carded a respectable two-under 69 alongside the former world number one and admitted afterwards: “It’s like playing with a mythical creature. It doesn’t feel real.”

Norris went on to better his previous best major finish by one place, before ensuring he will complete a hat-trick of Open appearances at Royal Portrush by coming second on the Japan Golf Tour Official Money List, having won the Heiwa PGM Championship in November.