The last hole-in-one at The Open

The list of Champion Golfers is already an exclusive and elite one.


Encompassing the likes of Tiger Woods, Rory McIlroy and Jordan Spieth, it is the defining moment of any golfer’s career.

Louis Oosthuizen won The Open himself in 2010 but is part of an even more exclusive set of players as he remains the last golfer to hit a hole-in-one at the special Championship.

The South African may have been cut from the Championship leaderboard in the end but his feat at Royal Troon in 2016 will live long in the memory.


Born in Mossel Bay, Oosthuizen showed huge promise at a tender age as his golfing ability shone through.

Winning numerous amateur titles before finally making the decision to go professional, he also had a certain countryman to thank as well as his own ability.

Supported by Ernie Els’ foundation, Oosthuizen was able to develop his game exponentially as he looked to join a long line of South African golfers.

Going professional in 2002 at the age of 19, the upward trajectory continued, with five wins on the Sunshine Tour preceding his entry into The Open in 2010.


Calm before the storm


Oosthuizen is known throughout the golfing world as having one of the more technically beautiful swings – purists are driven towards the aesthetics of the 36-year-old’s shot.

One aspect of Oosthuizen’s game other golfers may have been unaware of is his unerring focus, however.

Thanks to a single red dot on his glove which maintained his focus, the South African was able to glide through the course at St Andrew’s to win the coveted Claret Jug.

Though Oosthuizen has continued to remain in the upper echelons of the game, those magical four rounds remains his only major win in his career.


Cue The Open in 2016 – Oosthuizen had just lost out the year before in a four-way play-off and was determined to start well, as he had done in 2010.

Months after sinking an equally speculative shot at the Masters, the veteran player lined up for the 145th at Royal Troon sitting on two-over-par.

In windy conditions, Oosthuizen sweetly struck his tee shot in such a measured manner that it kissed the front of the green before erring towards the pin. 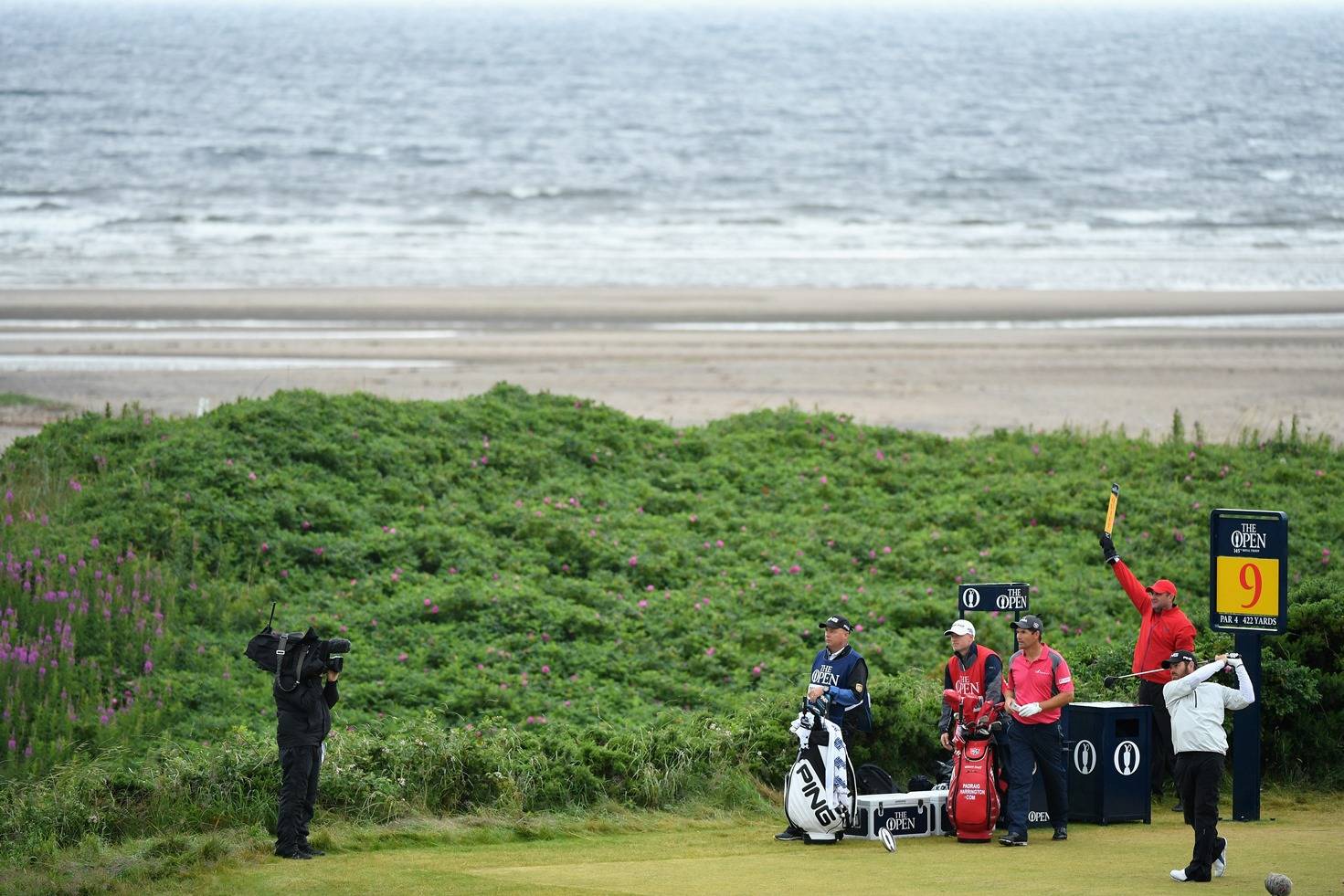 After the shot fell to bring him even, he said: “I thought it was going to be right of it and the next thing, I just saw it up against the flag and, obviously, the crowd going crazy.

“It’s always a great feeling any time you get a one. It was a proper golf hit – straight in.

“I knew I had my hands full. It could easily have been five or six over for me. I had to hang in there and made some good saves.

“I didn’t take advantage of the front nine at all, then I bogeyed the 10th and was really thinking I might play myself out of this tournament after the first round.”

Ian Poulter, then commentating in the studio, summed it up aptly: “Graceful golf swing, graceful shot, beautiful ball flight, lands five feet short of the pin – and there we have our first hole in one of the Championship.”

Little did he know that three years on, we’d still be waiting for another.