The grandstands are going up, the Official Card has been revealed and the course is almost ready: The 148th Open is now just 100 days away.

Royal Portrush, almost four years after being announced as an Open host venue once more, has thrown its doors wide open this week to prepare for golf’s oldest Major - and the only guarantee is that it’s going to be some party.

The 148th Open will mark Northern Ireland’s biggest ever sporting event and the stars are lining up to play.

Tiger Woods, Jordan Spieth and local hero Rory McIlroy are all expected to feature, while current Champion Golfer of the Year Francesco Molinari is aiming to defend his title.

But before they tee up, Royal Portrush must be ready and work this week has begun.

April 1 2019 has been circled in the diary for years at Royal Portrush and workers arrived bang on time to build grandstands, erect tents and map walkways for spectators.

Over the next 100 days, Royal Portrush will be transformed from a spectacular course to a spectacular venue that is ready to host one of the world’s biggest sporting events.

From the media tent to the Spectator Village, work is underway to get everything ready.

That includes the 18th grandstand, often the first of many seating areas to go up, and it is there where the Champion Golfer will be crowned on Sunday.

The 18th hole is still adjusting to life as the last after previously existing as the 16th but, wherever you watch, Royal Portrush will guarantee a perfect view.

Along with bunkers, fairways and greens, spectators will see the Giants Causeway, Dunluce Castle, Atlantic Ocean and several Scottish Isles.

The Card is revealed 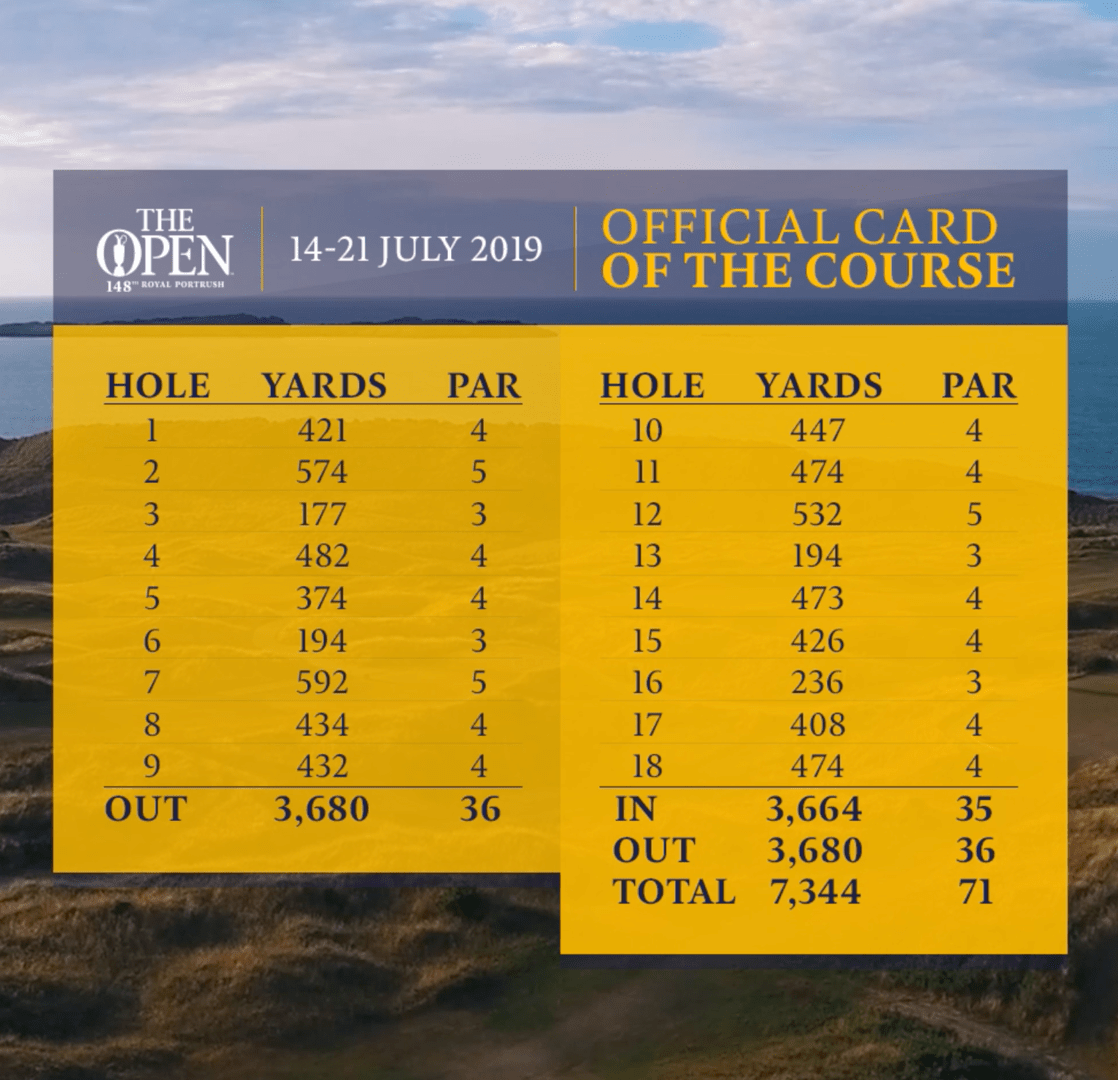 To commemorate the arrival of infrastructure, the Official Card of the Course has been revealed.

At 7,344 yards, the Dunluce Course looks rather different to when it hosted The Irish Open in 2012, with two new holes at seven and eight replacing the old 17th and 18th.

But some famously devilishly holes remain. The 16th is not named Calamity by accident.

A 236-yard par-three that has a deep ravine running parallel from tee to green on the right-hand side, it will test even the most accurate of iron players.

At 592 yards, the new par-five seventh is the longest on the course – although Rory McIlroy has already demonstrated how to play it.

The Champ is ready

One of the most intriguing aspects of The 148th Open is that most players will have never played at Royal Portrush.

One who has, however, is Francesco Molinari and the Italian was back for the Official Media Day this week, along with his beloved Claret Jug.

Molinari competed alongside Darren Clarke at the 2012 Irish Open and already has an idea about what to expect.

“I remember playing there in the Irish Open the year after Darren had won The Open,” he said.

“It is something I still remember, so I can only imagine what The 148th Open is going to be it is going to be even bigger, obviously, going back to Northern Ireland after so many years.”

Molinari is already in red-hot form after succeeding at the Arnold Palmer Invitational last month and also reaching the semi-finals of the WGC Match-Play, while his life has transformed since lifting the Claret Jug a year ago.

“To be honest, I've achieved my dream that was winning The Open last year,” he added.

“I would say the best reaction to the Claret Jug was probably my brother [Edoardo] when he came to visit me in London.

“I think it was for the British Masters, so a few months after I won and just to see his face, holding the Claret Jug, you could just see the pure joy.

“It is one of the most iconic trophies in sport. I remember as a kid, both of us, my brother and me, dreaming about only getting into majors, so for him to hold the Claret Jug as well and to know that one of us had made it was an incredible feeling.”

Tickets for The 148th Open sold out within months, with fans grasping for the hottest seats in town.

But if you don’t have a ticket yet then fear not because more are about to go on sale.

The R&A has extended capacity on all four Championship Days to cater for the huge demand and those extra tickets go on sale on April 15.