As claims for hosting Regional Qualifying for The Open go, being conceived by two Champion Golfers is a pretty good one for Goswick Golf Club in Berwick-upon-Tweed.

While it is not known exactly who laid out the club’s original design, both James Braid and Willie Park Junior played significant roles in shaping the Northumberland links course.

A nine-hole course was opened for play in 1890 before Park Junior, who won the Claret Jug in 1887 and 1889, inspected the course and made suggestions to its rearrangement in 1903.

Five-time Champion Golfer Braid – one member of the Great Triumvirate of the sport alongside Harry Vardon and John Henry Taylor – then made his intervention in 1930.

Braid had previously played an exhibition match on the course in 1901 and, having already helped transform Carnoustie, he was employed by the club to work his magic again.

The Fife native put together an extensive plan that involved substantial works at 13 holes, including some completely new offerings, with many of his recommendations still existing today.

And the course, which now measures 6,803, will provide a formidable challenge to those looking to follow in Braid and Park Junior’s footsteps by earning a place at Royal Portrush.

Goswick is one of 13 Regional Qualifying venues across Great Britain and Ireland where professionals and amateurs with a handicap of scratch or better will compete for a spot at golf’s oldest major. 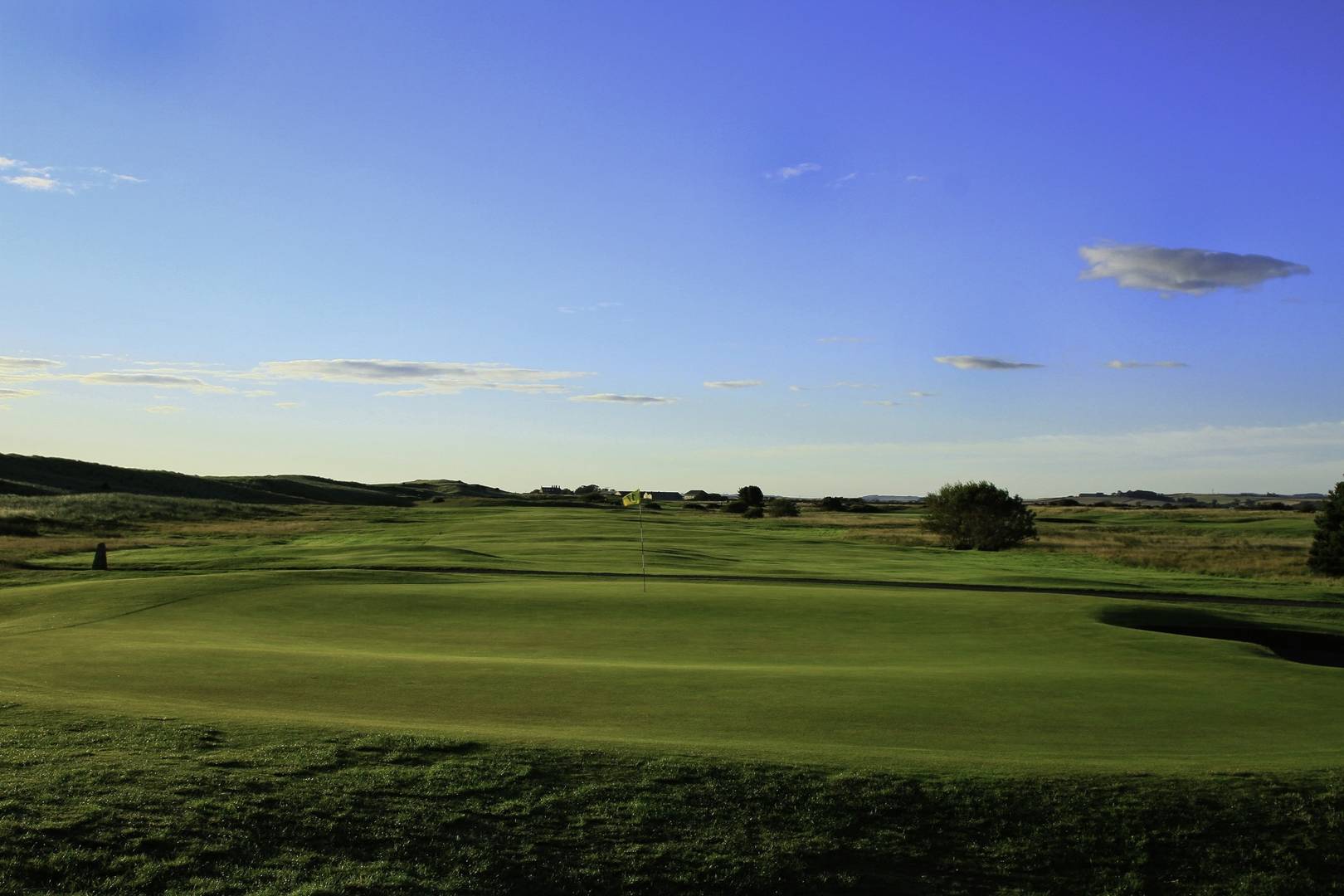 It is the second consecutive year hopefuls will battle it out at Goswick and Rory Davidson, the club’s Secretary, warns that the Braid design will test those with dreams of clasping the Claret Jug.

“The course is very challenging, and players always struggle to rip it up,” he said.

“I think last year everyone under par either got through or went to the play-off. If you’re under par you’ve done well.

“That was with only a small wind, when the wind gets up it’s a pretty big beast from the back tees and a classic links course.

“The 14th is one of our better holes, it has been recognised in top 100 polls in the past. It’s a slight dog-leg right up the hill and then relies on well-placed bunkering.

“It looks really nice on the eye and then there’s big slope down to the green, which gathers it all, it’s a really good golf hole. The 6th is also a great par-5 and always a challenge.”

Having previously hosted qualifying between 2008 and 2012, the quick return of Regional Qualifying to Goswick is a measure of how highly the course in Berwick-upon-Tweed is regarded.

“We had a really good response for the members last year to volunteer and they always really get behind the event, so we’re hopeful of getting the same response again this year.”

The 148th Open will see the Claret Jug return to Northern Ireland for the first time in 68 years and Davidson added that those heading to Portrush will be in for a real treat in July.

“I’ve been to Portrush before and I think it’s absolutely brilliant that it’s returning there after so many years,” he said. “I think we have a couple of Irish members who will be going along.”