A year as the Champion Golfer

It only seems like yesterday that Francesco Molinari vanquished the rest of the field at Carnoustie to become the first Italian to be crowned Champion Golfer of the Year.

Molinari showed nerves of steel as he fended off the challenges of Tiger Woods, Rory McIlroy and Justin Rose en route to winning his first major title at The 147th Open.

The victory changed the life of the softly-spoken 36-year-old from Turin, shoving him into the spotlight as the holder of golf’s oldest and most prestigious major championship.

Having handed back the Claret Jug ahead of the start of The 148th Open this week, Molinari now faces an all-new challenge as he attempts to defend his title at Royal Portrush.

And as he prepares to begin his quest to join the rare group of back-to-back Open winners, Molinari has been reflecting on his past year as the Champion Golfer of the Year.

Looking after the Claret Jug

Often one of the first questions asked of Champion Golfer surrounds the Claret Jug. What was it like to hold? Did you drink out of it? Have you forgotten to take it with you?

In the immediate aftermath of his triumph in Angus, Molinari admitted he had not followed the usual tradition of drinking an alcoholic beverage from the treasured trophy. But while that has since changed in the past year, the Italian insisted that he had treated his most prized possession with a lot of care when asked whether there had been any mishaps.

“I was very, very careful with it, especially the first few weeks,” he said. “So much so that I forgot my TrackMan on the plane not to forget the Claret Jug. That obviously had the priority.

“We've had a couple of drinks out of it. Nothing out of the ordinary. I've got small kids at home so I had to keep it out of reach most of the time to avoid disaster.”

He added: “My brother and my family came up to London to obviously spend some time together, and they saw it there, but I wasn't able to take it to Turin.”

Dealing with his new-found attention

Despite suddenly being thrust into the limelight, Molinari continued his impressive form post-Open as he finished tied for sixth at the US PGA Championship at Bellerive Golf Club.

He was then one of the stars of the Ryder Cup in France, capping off a stunning year by becoming the first European player to compile a perfect 5-0 record at Le Golf National.

“It changes your life really, especially for a guy like me that, you know, likes to go a little bit under the radar and doesn't really need the attention.” Molinari on becoming champion golfer

But it has not all been easy for Molinari, who also won the Arnold Palmer Invitational earlier this year, as he revealed the unique pressures that come with being Champion Golfer.

“It changes your life, really, especially for a guy like me that, you know, likes to go a little bit under the radar and doesn't really need the attention,” he said in his first press conference at Portrush.

“It changes a lot in terms of everyday life, getting recognised by more people, commitments. Every tournament you play there's more things to do and obviously time with the media. 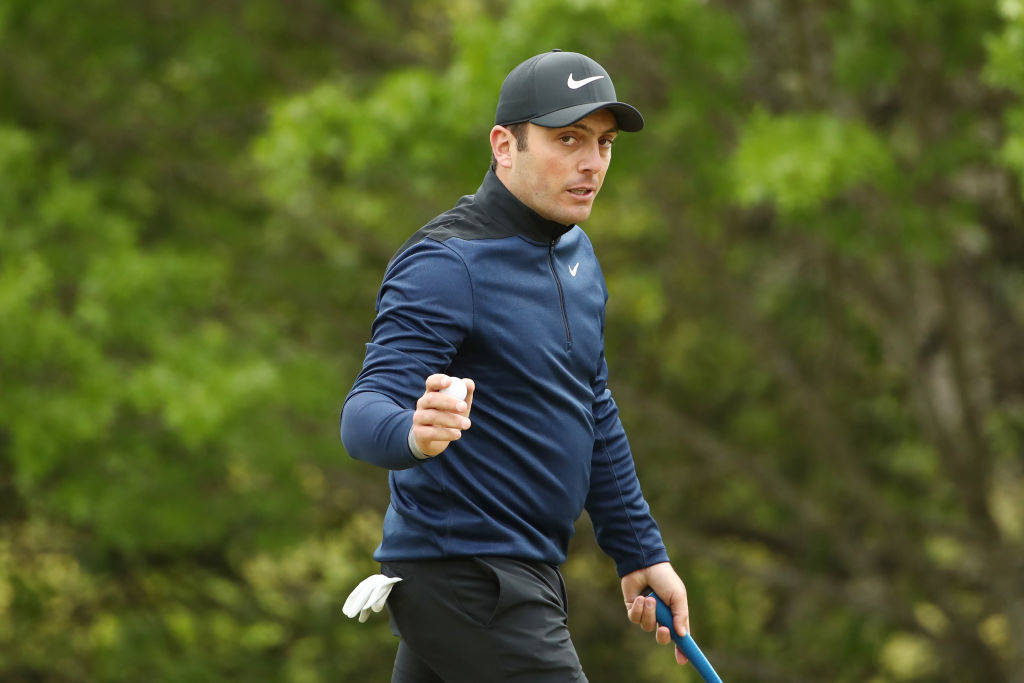 “There’s also more to do with sponsors and various other different things to do. That's been the other, I guess, adaptation that I needed to get used to.”

Following a whirlwind of a year as the reigning Champion Golfer, Molinari now believes he has adjusted to the extra attention that has been showered on him since his historic win.

“I guess it's something you learn to deal with, but I think now I've learned to do a decent job of managing that,” he said. “Obviously this week is going to be extra special.

“Any week that you defend is special, especially at a major championship, so it's going to be another new experience for me. My approach is going to be to try and enjoy as much as possible.”

Once again, Molinari almost appears to be sneaking under the radar ahead of The Open’s return to Northern Ireland - but that does not stop him dreaming about lifting the Claret Jug once more.

“Well, it would be incredible, obviously,” he said about the prospect of defending his title. “I'm well aware of the challenges ahead. There's a lot of guys capable this week of winning the trophy.

“All I can do is do my best, try to put up a good defence and be in contention on Sunday, but it's a long week ahead so I'll try to take it step-by-step.”