Almost eight months after it kicked off at The Lakes in Sydney, the curtain came down on The Open Qualifying Series for another year on Sunday at the John Deere Classic in Illinois.

A total of 46 places in The Open were available through The Open Qualifying Series, which was introduced in 2014 and is made up of 13 events taking place in 11 countries.

And ahead of The Open’s much-anticipated return to Northern Ireland after almost 70 years, here’s a rundown of the players who earned their exemption through The Open Qualifying Series.

The first three spots at The 148th Open were confirmed way back in November last year as Abraham Ancer, Dimitrios Papadatos and Jake McLeod booked their Portrush berths.

Mexican Ancer ensured his safe passage with a five-shot triumph Down Under, ensuring a swift return to The Open after making his maiden major outing at Carnoustie in 2018.

He was joined by two Aussie natives in Papadatos and McLeod, who finished second and third respectively, to secure the other two available places through The Open Qualifying Series, and McLeod would go on to win the Order of Merit for the Tour of Australasia for 2018.

South African Open hosted by The City of Joburg

Louis Oosthuizen, the 2010 Champion Golfer, was already exempt for Portrush when he emerged victorious at the South African Open hosted by The City of Johannesburg.

That left the door open for Romain Langasque as the Frenchman, who shot a final round five-under 66 to finish second, took the first of three spots on offer at Randpark Golf Club.

Charl Schwartzel and Oliver Wilson took the remaining places due to their world ranking after finishing in a group of players tied for third, although Schwartzel won't be in county Antrim after a wrist injury ended his season in June.

The next stop on The Open Qualifying Series saw Jazz Janewattananond, Yoshinori Fujimoto, Doyeob Mun and Prom Meesawat earn their exemption status at the Singapore Open.

Janewattananond claimed his biggest ever win on the Asian Tour to clinch the first qualifying place on offer at Sentosa Golf Club after carding a final round of 65 to win by two shots.

Fujimoto took the next spot after finishing joint second with Paul Casey, who was already exempt for The 148th Open, with Mun and Meesawat filling the other two places. 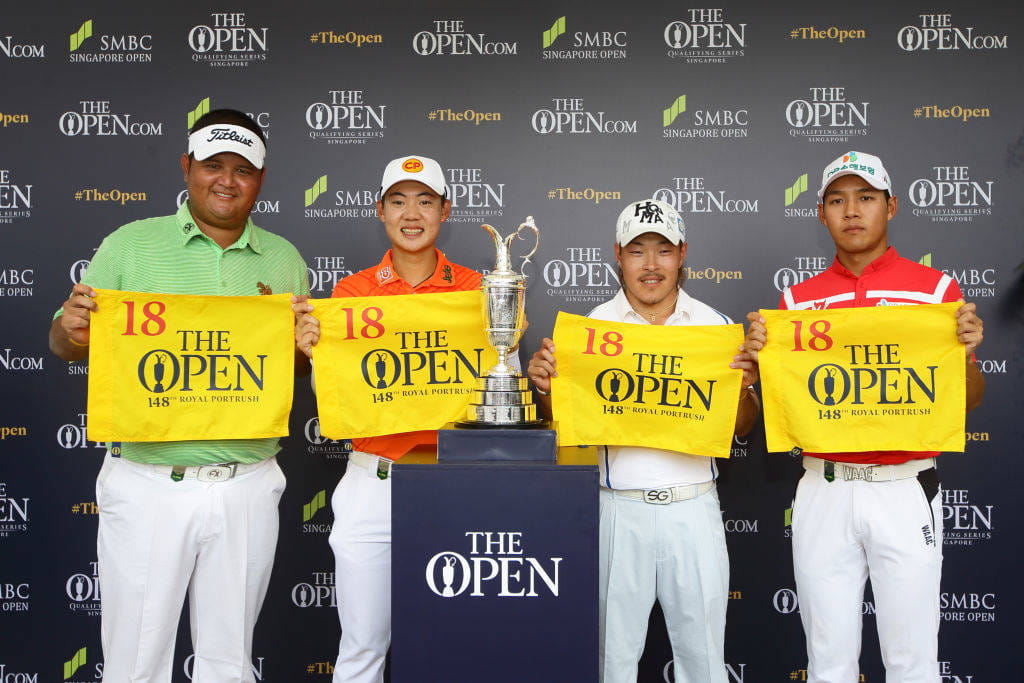 Having claimed his maiden PGA Tour title a week earlier at the Honda Classic, Keith Mitchell continued his superb form at the Arnold Palmer Invitational to join the field at The 148th Open.

His final round of 66 was enough to book his place at Royal Portrush after reigning Champion Golfer Francesco Molinari followed up his Claret Jug success with victory at Bay Hill.

And with runner-up Matthew Fitzpatrick also already exempt, Mitchell secured his qualification for The Open along with Sungjae Im and Sung Kang as another three places were snapped up.

The OQS headed to Japan for the Mizuno Open 2019 with a mammoth four spots at Portrush on the line.

Yuta Ikeda bounced back from a second-round 74 to shoot 66 and 71 on the weekend, enough to secure victory on -7 and a place at The Open.

The home favourite beat Chan Kim by one stroke, but the American still earned the second qualifying spot, with South Korea's Sang-Hyun Park and Thailand's Gunn Charoenkul coming in a tie for third to also qualify.

Northern Irishman Graeme McDowell ensured he did not miss out on the return of The Open to home soil after 68 years by securing his qualification through the RBC Canadian Open.

The event, featuring in The Open Qualifying Series for the first time, was won by 2014 Champion Golfer Rory McIlroy - one of seven golfers in the top ten who were already exempt. 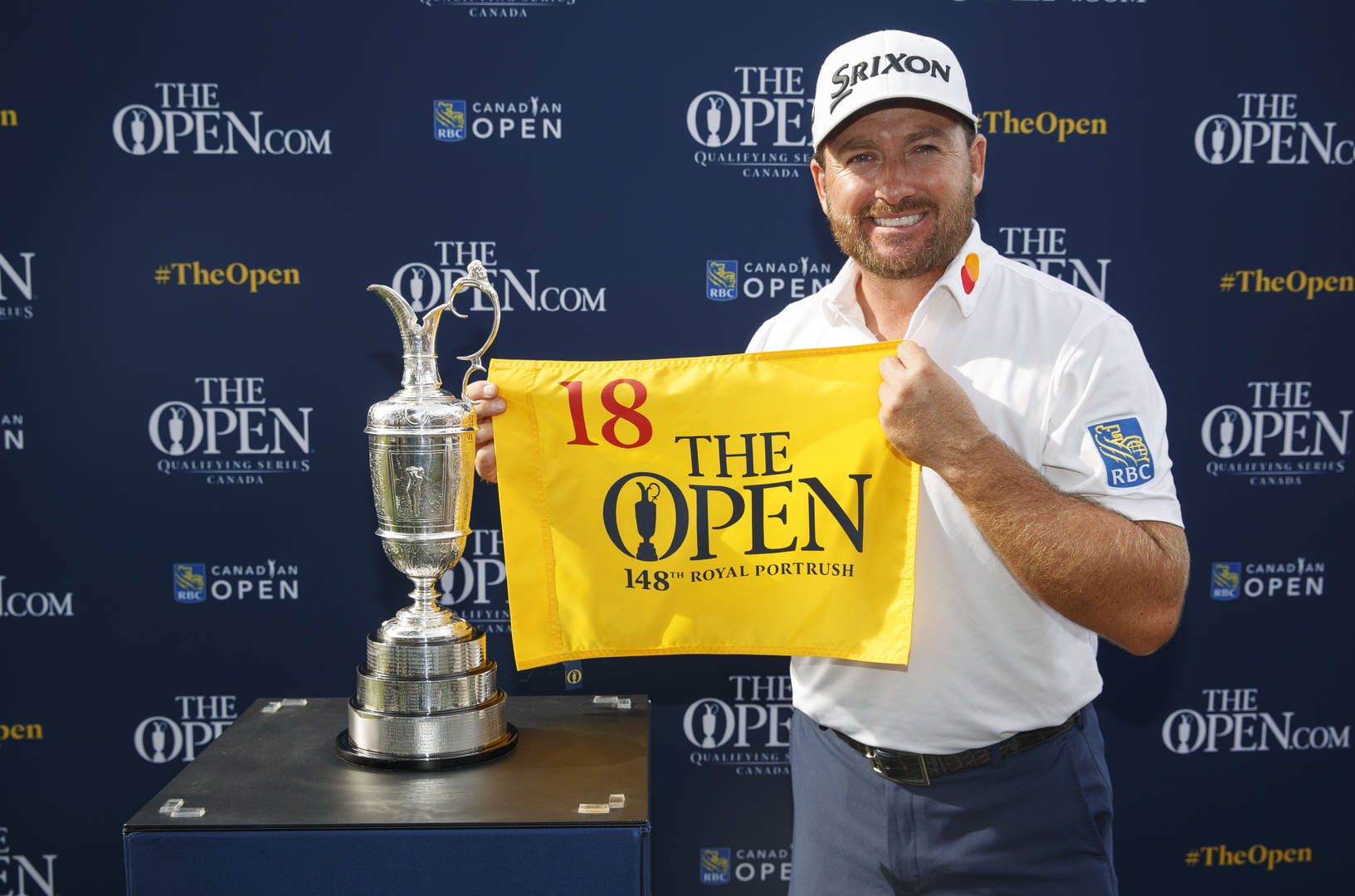 That meant Adam Hadwin’s sixth-place finish was enough for him to book his place at Portrush, with former US Open champion McDowell joining him after finishing in a tie for eighth.

There was another victory for already-qualified Janewattananond at the KOLON Korea Open, who lifted his fourth title on the Asian Tour after topping the leaderboard in Cheonan.

As a result, Innchoon Hwang and Dongkyu Jang were able to lock down the two spots on offer at the seventh event in The Open Qualifying Series, hosted at Woo Jeong Hill Country Club.

Hwang will make his Open debut when he tees of at the Dunluce links after finishing in second place, one stroke behind Janewattananond on a five-under-par total of 279.

South Africa’s Christiaan Bezuidenhout held off the challenge from home favourite Jon Rahm to win the Andalucia Masters with a level-par final round of 71 at Valderrama.

With Rahm already assured of his place at The Open, Mike Lorenzo-Vera and Adri Arnaus took the remaining places at Portrush after finishing level with the Spaniard on four under.

Arguably one of the stories of The Open Qualifying Series was penned at the Rocket Mortgage Classic, where Nate Lashley and Doc Redman confirmed their attendance at Portrush.

Lashley was the final player to earn his place in the field at Detroit Golf Club after a last-minute withdrawal but went on the lead wire-to-wire for his first PGA Tour victory.

The 36-year-old dominated the field to finish six shots clear of the chasing pack, with Redman consoled by a ticket to Northern Ireland after finishing second to The Open debutant.

A total of 12 places were on offer at Final Qualifying, three of which went to American amateur Brandon Wu and Scotland duo Connor Syme and Sam Locke at Fairmont St Andrews.

Wu was coming off the back of a T35 at Pebble Beach in the US Open before rounds of 64 and 67 ensured he finished three shots better off than Syme and five clear of last year's Silver Medal winner Locke.

Over at Hollinwell, a dramatic finish saw Ashton Turner hold his nerve in a play-off against Dave Coupland that concluded at 9.30pm to seal the last Open berth available at the venue.

Meanwhile, Andrew Wilson will play his first ever Open at Portrush after leading the way at Notts, with former English Amateur champion Thomas Thurloway also confirming his exemption.

Nerveless Curtis Knipes was the youngest player to come through Final Qualifying, with the 18-year-old beating a field packed with European Tour winners at Prince’s.

He was joined at summit of the leaderboard by Callum Shinkwin, with Canadian Austin Connelly completing the successful trio of qualifiers from the course in Sandwich.

The Open Qualifying Series touched down for the 11th event at the Dubai Duty Free Irish Open, where Bernd Wiesberger, Robert Rock and Paul Waring earned their Open exemptions.

Wiesberger’s decision to skip Final Qualifying to focus on the tournament at Lahinch Golf Club certainly paid dividends as he finished runner-up behind already-exempt Rahm.

He was joined in second by Andy Sullivan, another player already qualified, as Rock and Waring claimed the remaining qualification spots after finishing T4 and T7, respectively. 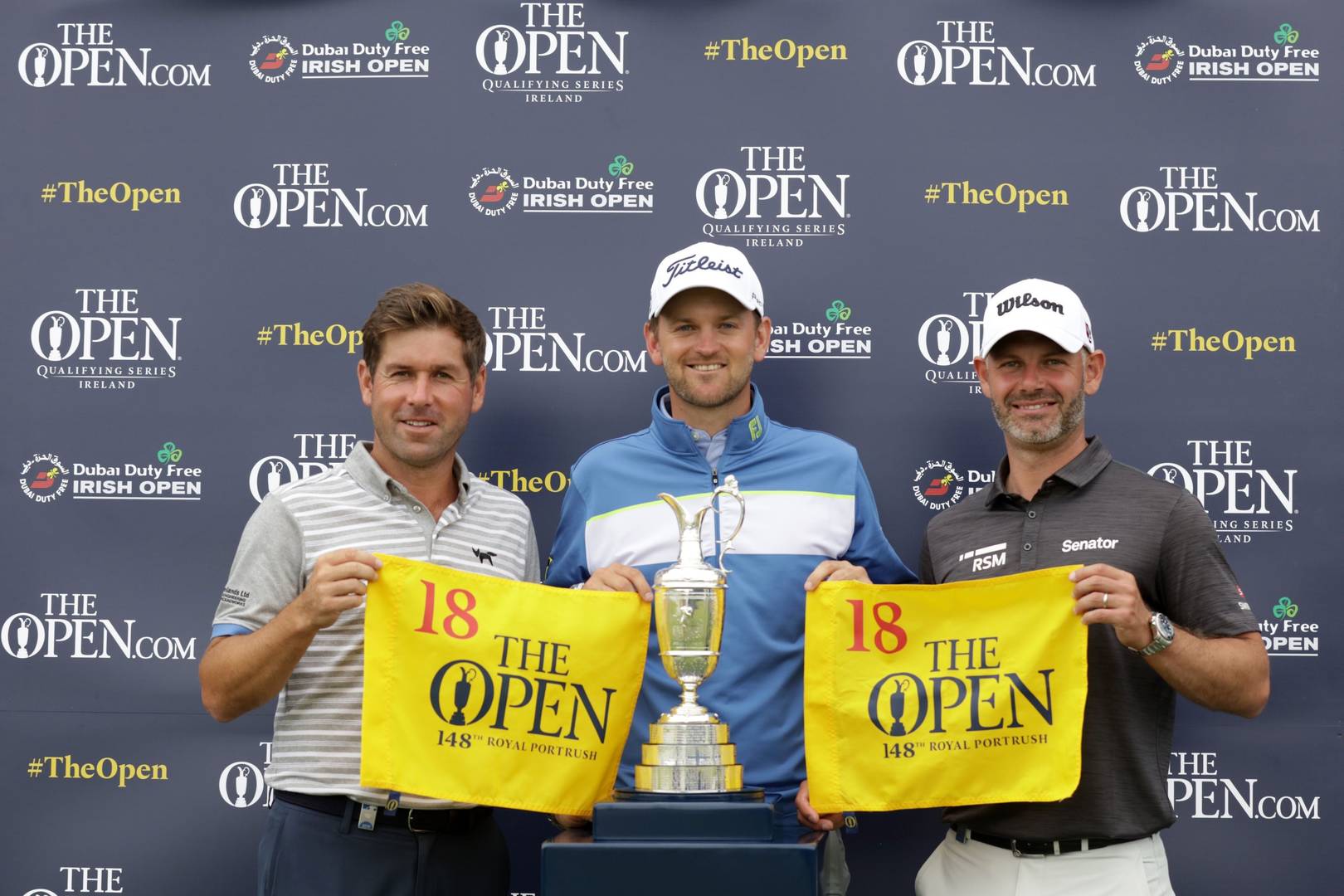 They left it late but Benjamin Hebert, Andrew Johnston and Nino Bertasio will also be in the 156-strong field at Portrush after qualifying at the Aberdeen Standard Investments Scottish Open.

Frenchman Hebert was denied a first European Tour title as he lost in a play-off on the third extra hole to Austria’s Wiesberger, who had only qualified for The Open a week earlier.

But it was not all bad for Hebert as he secured his berth at golf’s oldest major, with the popular Johnston and Bertasio joining him for the Claret Jug showdown after finishing in a share of fourth place.

The last-chance saloon for those with ambitions of teeing it up at Portrush arrived at the John Deere Classic as The Open Qualifying Series wrapped up for another year.

Only one place was on offer in Illinois and South African Dylan Frittelli did not need a second invitation, clinching the final spot in style at TPC Deere Run with a two-stroke victory.

Frittelli did not have long to reflect on his first PGA Tour triumph, however, with the 29-year-old jumping on a charter flight to Northern Ireland after shooting a seven-under 64 on Sunday.