The best quotes from Day Two

With two rounds in the rearview mirror, The 148th Open has now reached the halfway mark.

While some big name casualties have fallen foul of the cut - most notably Tiger Woods and Rory McIlroy - the top of the leaderboard is fascinatingly poised going into the weekend.

And despite there being many questions still to be answered, here’s a selection of the ones that were during the players’ press conferences in our round-up of the quotes of the day.

American Tony Finau is well-placed going into the final two rounds on four under after shooting a 70 on Friday, keeping his chances of a maiden major title alive at Portrush.

But it could have been so different had he not received a helping hand from one young spectator on the 18th, who discovered his ball when it appeared lost.

“I was very fortunate to find my ball there,” he said. “Whoever the kid was that found it, I probably owe a glove or ball or something! I could barely see it standing over it how many times. 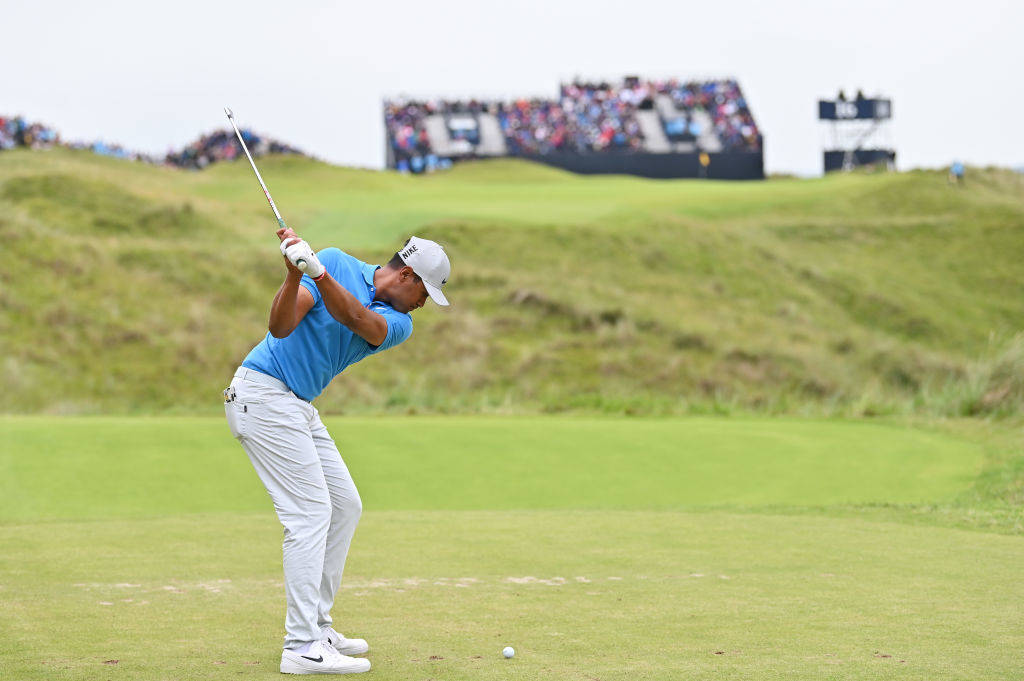 “The rough was extremely thick. I think seven or eight out of ten times you're not going to find the ball there over on the right side. So luckily for me I was fortunate enough.

“I made a five but if there was such thing as a good five, that was probably it. That's about as thick as the rough gets. Other areas are more spotty. You're going to have patches.”

Another player who is looking in good shape in their quest to be crowned Champion Golfer is Lee Westwood, who fired a four-under 68 to climb up the leaderboard into a tie for third.

And with his son Sam not available to caddie this week, the Englishman welcomed the impact his girlfriend Helen Storey had as he tamed the Dunluce Links on Friday.

“Helen is doing it this week,” he said. “Sam couldn't make it this week. Obviously I get on well with Helen. She doesn't know too much about golf but she knows a lot about the way my mind works. 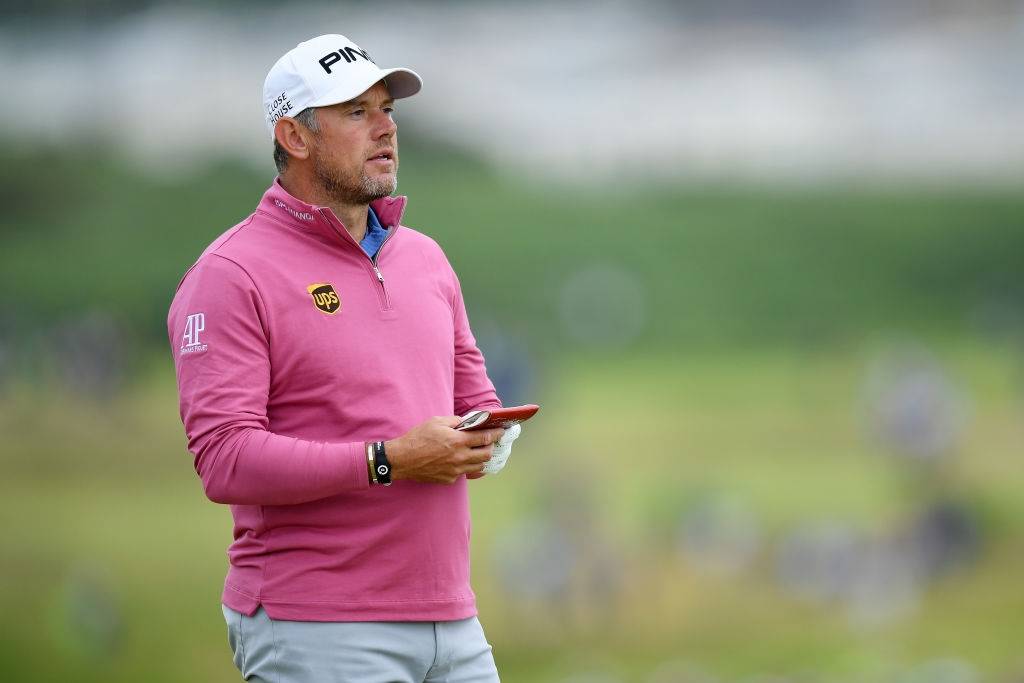 “So she keeps me in a good frame of mind and focusing on the right things at the right time. There's more to the caddying than carrying and getting the wind direction.

“I enjoy doing it all myself. Get the yardage, pull the club, it's all my responsibility, and I'm a hundred percent clear in my mind what I'm doing.”

Emotions were running high when the first group of the day reached the 18th hole as Tom Lehman waved a tearful goodbye to The Open in what was likely his final appearance.

With his exemption from his victory at Royal Lytham now expired, the 1996 Champion Golfer admitted he was overwhelmed as he walked the final hole with his son Thomas Jr.

“I just said to him how much I loved him,” said the two-time major winner. “There was nobody in the world I'd rather be walking down the fairway with right here than you.

“I just said to him how much I loved him. There was nobody in the world I'd rather be walking down the fairway with right here than you” LEHMAN ON WALKING 18TH WITH SON

“It means a lot to me you're here by my side. This may be my last one, but maybe the next time I'll be caddying for you. Hopefully that comes true.

“It was more emotional than I thought it would be. I did everything in my power not to start bawling walking down the 18th fairway. I didn't totally succeed but I mostly succeeded.”

Tommy Fleetwood backed up his excellent opening round of 68 with an even better 67 on Friday before paying credit to his family for the calming influence they provide away from golf.

“The good thing about having such a great environment off the golf course is that when you do come out to play your sole focus is you and the golf course.

“That is the luxury of having a great family behind you because you can put all your focus into that four hours, five hours and when you come off you have that distraction.”

Jordan Spieth loves The Open. The 2017 Champion Golfer is back in contention for the Claret Jug once again after shooting a 67 on Friday to move his score onto -5 for the Championship.

Having also been a co-leader at Carnoustie heading into Sunday last year, the American was asked what it is about golf’s oldest and most prestigious major that brings the best out of him.

“It's pretty much the style of golf,” Spieth said. “I always get pumped up for majors. Clearly I try to peak for majors and then this style of golf I've always found to fit my game pretty well.

“I just grew up in the wind, having to play a lot of different shots and using imagination around the greens on the course I grew up at.

“So, it's different but it feeds well into this style of golf and then we don't see it very often. I wish we were able to see it more. I love links golf.”