United States
Known simply as “The King”, Arnold Palmer is widely credited with popularising the game thanks to his charismatic personality and his attacking style, never knowingly backing off.

A legend, a pioneer, Arnold Palmer will always be known as one of the greatest to play the game of golf.

Arnold Palmer at the open

Arnie's class shone through as he defended his title and strode to a six shot victory.

Known simply as “The King”, Arnold Palmer is widely credited with popularising the game thanks to his charismatic personality and his attacking style, never knowingly backing off.

He arrived on the scene just as golf started to be shown on television in America and he introduced a legion of fans to the game, while those following him on the fairways were known as “Arnie’s Army”. He won the Masters four times seven years and produced a trademark last-round charge to win the 1960 US Open at Cherry Hills.

That year, after winning the first two majors of the year, he travelled to The Open for the first time, hoping to achieve a modern version of Bobby Jones’s 1930 Grand Slam, that would include the Masters, the US Open, The Open and the PGA Championship. 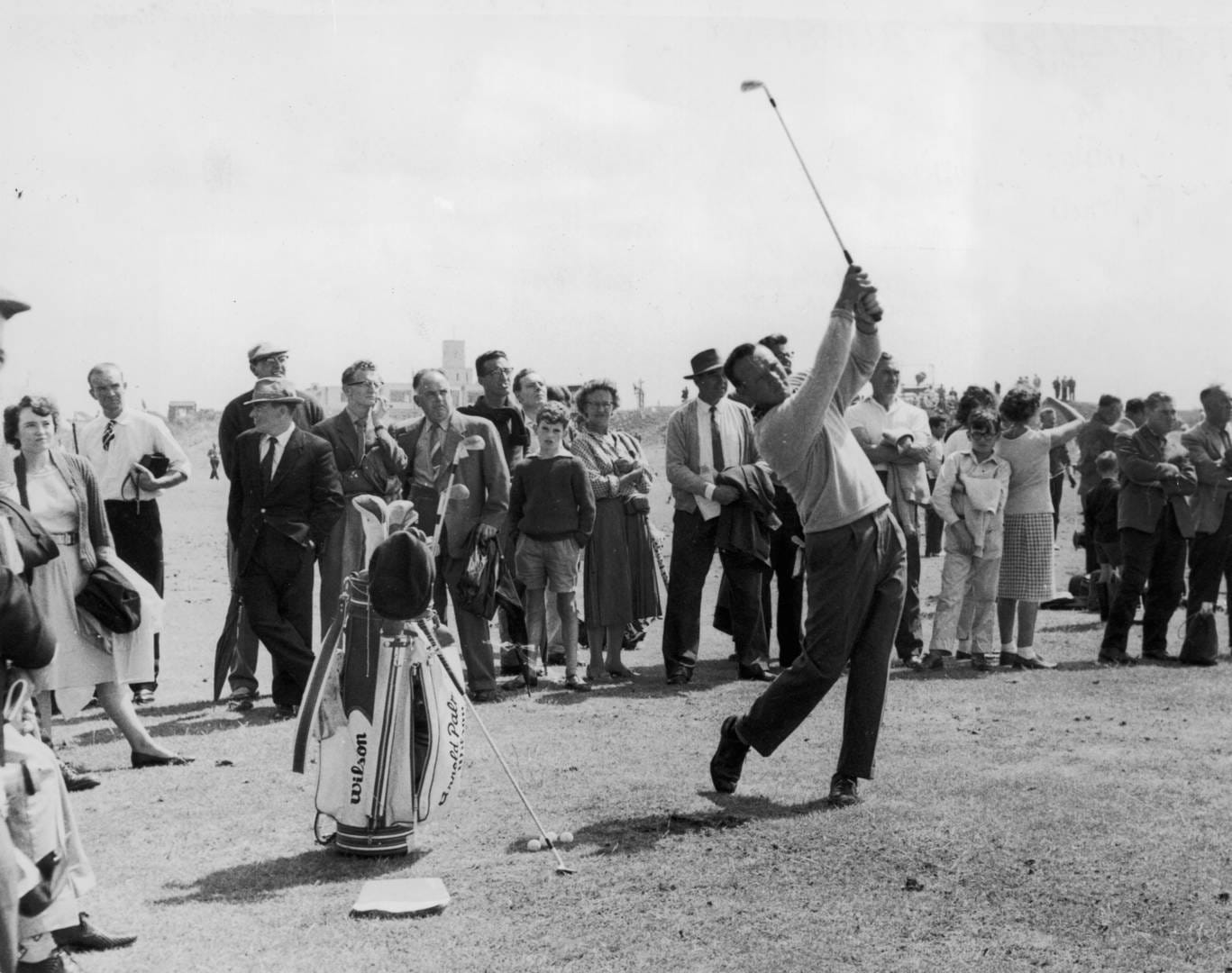 He failed by just one stroke at St Andrews as Kel Nagle won the Centenary Open but a year later he defeated Dai Rees by one at Royal Birkdale to become only the third American, after Sam Snead and Ben Hogan, to win the Claret Jug in almost three decades.

His famous 6-iron shot on the 15th hole (now the 16th) from the base of a bush onto the green is marked by a plaque. At Troon in 1962 he ran away with the title, beating Nagle by six, with third place 13 shots back.

Huge galleries followed him, leading to improvements in marshalling and crowd management in future Opens, while other leading Americans joined Palmer in regularly travelling over for The Open, which had been dominated by Australians and South Africans in the 1950s.

He won only the two Opens but he was loved in Britain as in America and enjoyed an emotional send-off when he bowed out at St Andrews, saluted on the Swilcan Bridge, in 1995.