It was thought Arthur Havers’ victory in the 1923 Open, the first to be played at Troon, would stem the growing American success in The Championship which had seen the Claret Jug sail across the Atlantic the last two years.

It was thought Arthur Havers’ victory in The Open in 1923, the first to be played at Troon, would stem the growing American success which had seen the Claret Jug sail across the Atlantic the last two years.

Yet it would not be until 1934 and Henry Cotton that Britain could celebrate another home winner. Walter Hagen won four times, the great amateur Bobby Jones three times and others to get in on the act were Jock Hutchison, Jim Barnes, Tommy Armour, Gene Sarazen and Denny Shute.

Ironically, there has not been a home winner at Troon since Havers. He was chased all the way by Hagen, who had won the year before and would win again the following year.

At the final hole Havers holed a bunker shot. Moments later, Hagen was in the same bunker and came close to replicating the hole-out but just missed. Havers had won by one stroke from Hagen and by two from Macdonald Smith. 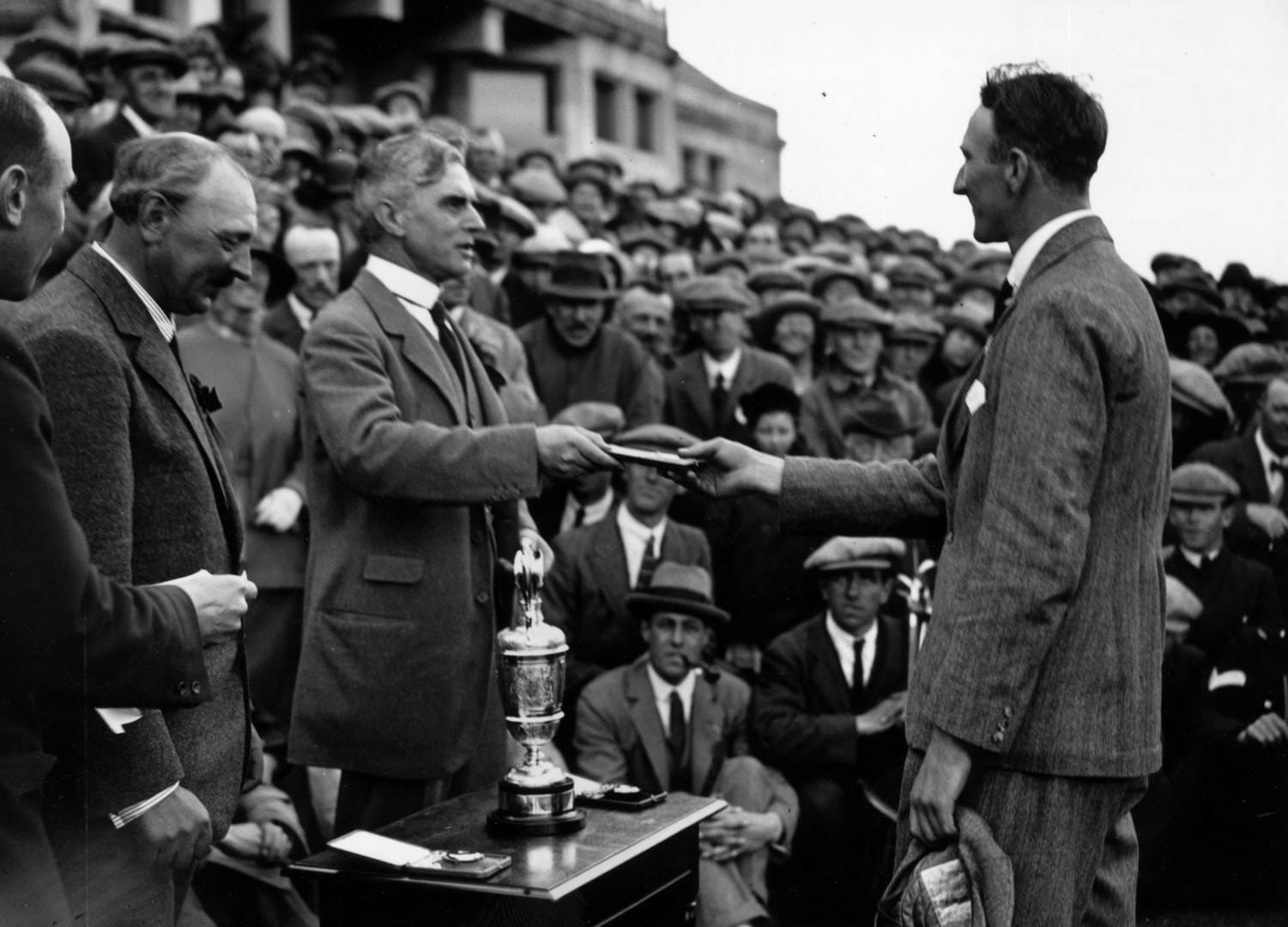 Born in Norwich in 1898, Havers had neither the appearance nor the swing of an Open champion. An early loss of hair gave him the look of a monk when he removed his voluminous cap to receive the trophy and his swing had neither the grace nor rhythm of many of his contemporaries.

He had a very strong left-hand grip, showing all four knuckles, and kept the hands well ahead of the clubhead as he lunged into the ball.

He had finished fourth in the 1921 Open at St Andrews and was a consistent performer in The Open over the next decade, finishing third to Gene Sarazen at Prince’s in 1932. During his year as Champion Golfer he played a series of challenge matches in the United States, beating Bobby Jones by 2 and 1 and Sarazen by 5 and 4.