United States
After no top 10 finishes on his first 11 trips to The Open, Mickelson has since had a win, two seconds and a third.

Watch: Phil Mickelson kept cool under pressure and finally captured his first Open Championship beating Henrik Stenson by 3 strokes on his 20th appearance at The Open.

Lefty at the open

After no top 10 finishes on his first 11 trips to The Open, Mickelson has since had a win, two seconds and a third. 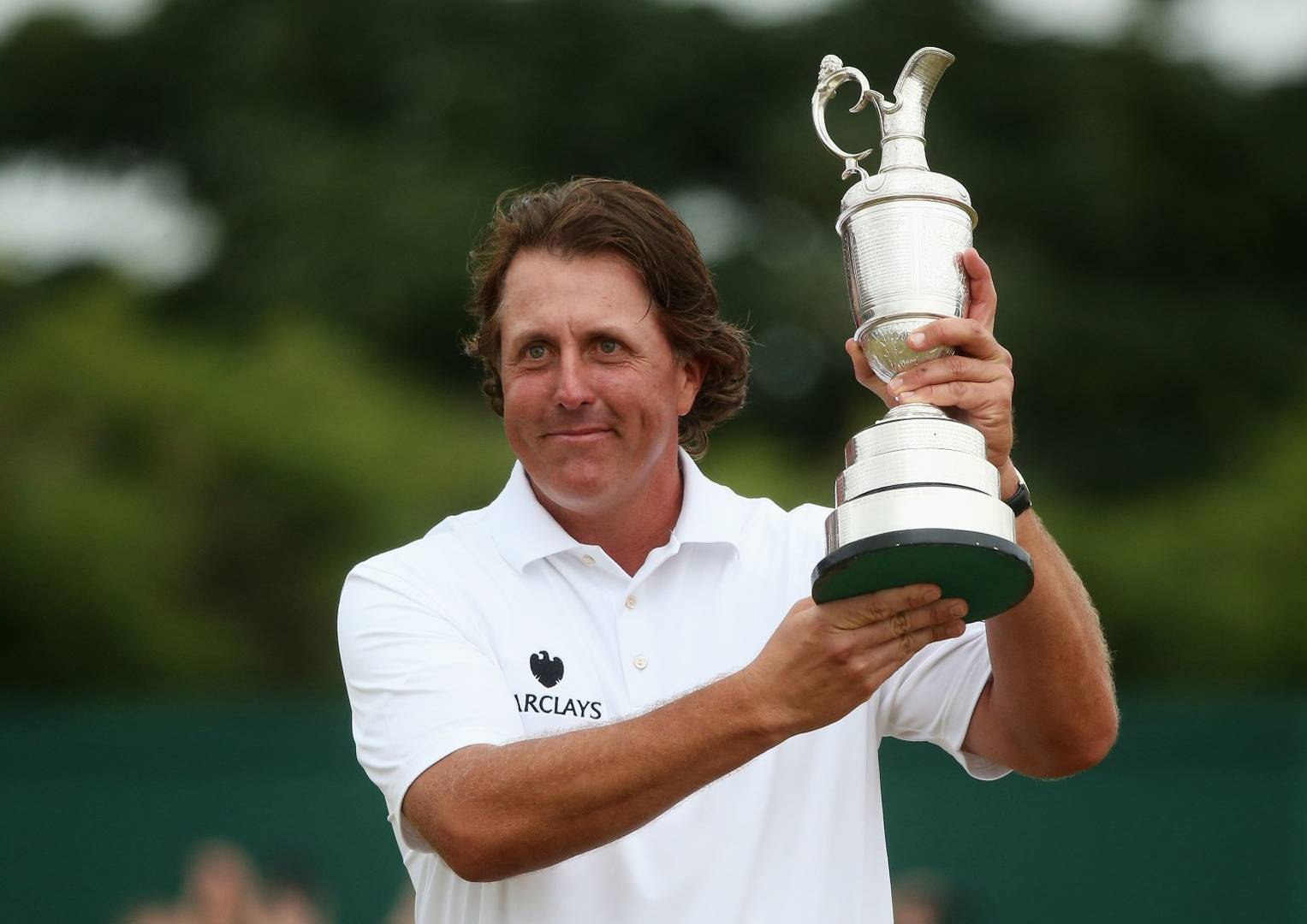 The victory came at Muirfield in 2013 when a closing 66 left him three clear of Henrik Stenson. The pair were then involved in an epic tussle at Royal Troon in 2016, Mickelson equalling the then major record with his second round 63, but Stenson matching that on the final day to triumph by three - with JB Holmes 11 strokes further back in third.

Five major titles include three Masters, but the US Open has eluded him and he has been second in that a record six times - most agonisingly in 2006 when he double-bogeyed the last hole to lose by one to Geoff Ogilvy.

America's most experienced Ryder Cup player with 12 caps, his Open victory came a week after he captured the Scottish Open at Castle Stuart. Has played more than 100 majors and in March 2018 became, at 47, the oldest winner of a World Golf Championships event when he beat Justin Thomas in a play-off at the Mexico Championship.

Has never reached world No 1, but was second for 270 weeks.