Walter Hagen was golf’s first great showman. “I never want to be a millionaire,” he said, “just live like one.”

Walter Hagen was golf’s first great showman. “I never want to be a millionaire,” he said, “just live like one.” He is also famous for saying: “Never hurry, never worry, and always remember to smell the flowers along the way.”

He had supreme confidence in himself and often opponents were beaten before they teed off. But behind the act was a brilliant golfer. With a swaying swing, he could be wayward but enjoyed pulling off exciting recoveries, pitched the ball excellently and was an inspired putter.

His tally of 11 majors was compiled before the start of the Masters yet has only been overtaken by Jack Nicklaus and Tiger Woods. He won two U.S Opens and five PGA Championships, as well as The Open four times. 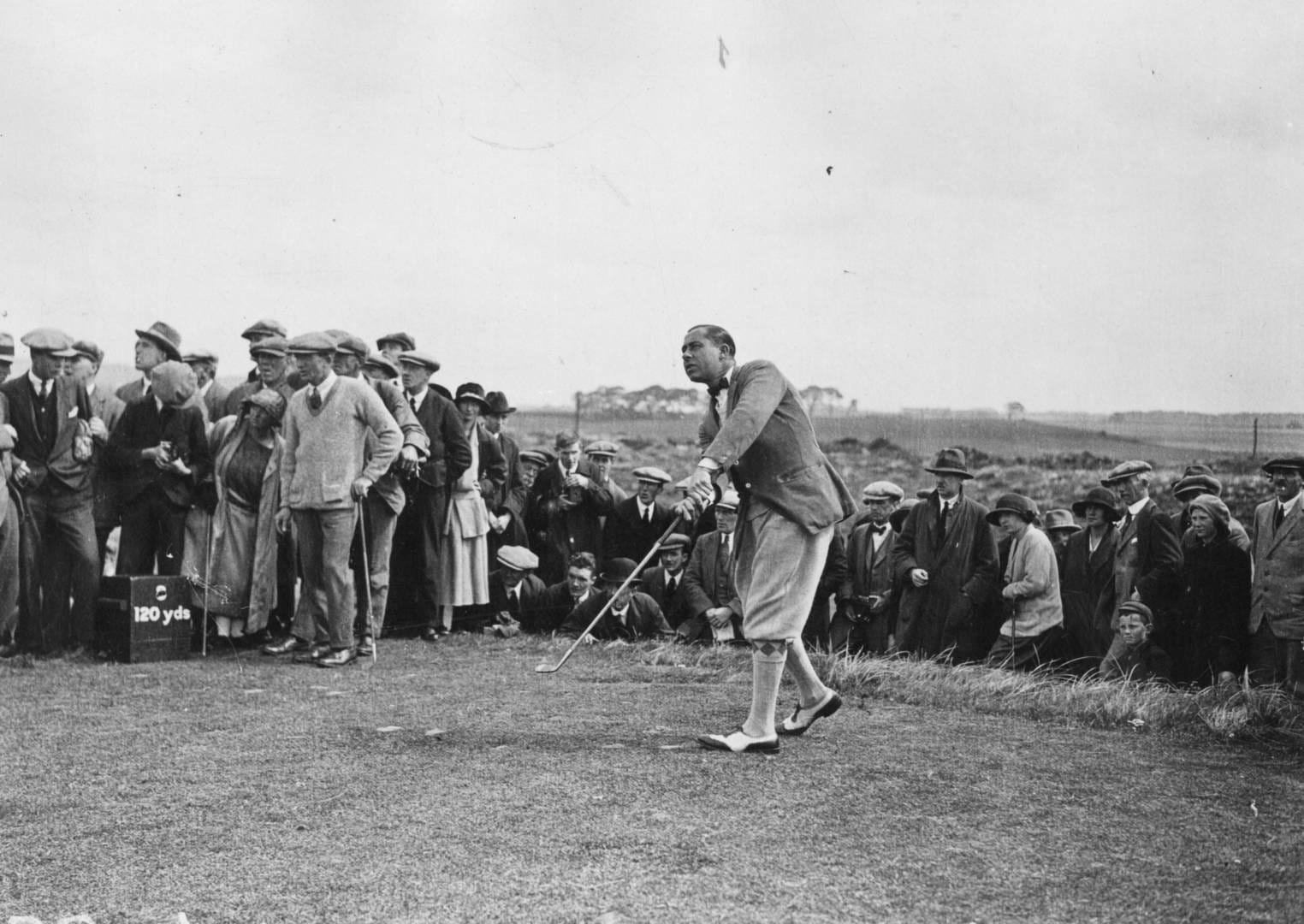 Two of them came at Royal St George's, in 1922 and 1928, when he beat the other great professional of his era, Gene Sarazen, by two strokes. That was the time, after a humbling 18 and 17 defeat in a 72-hole match to English professional Archie Compston, Hagen put away his “little black book” and concentrated on his practice and preparation.

He also won at Royal Liverpool in 1924, when he holed from six feet on the last to win, and at Muirfield in 1929 when he was the first player to score a 67 in The Open, the best round of his career, he said, and went on to win by six strokes from reigning U.S Open Champion Johnny Farrell.

He was hugely popular on both sides of the Atlantic and did much to boost the appeal of The Open and the standing of his fellow professionals. On his Open debut at Deal in 1920, he changed his shoes in a Daimler in the car park after being told he could not enter the clubhouse.