Florida temperatures hit 30 degrees in March but Francesco Molinari managed to send a shiver down his rivals’ spine with a thrilling victory at the Arnold Palmer Invitational.

At Bay Hill on Sunday, the Italian overturned a five-shot deficit to claim his first win since The 147th Open. His charge on Sunday was eerily similar.

At Carnoustie, Molinari teed off three shots back from the leaders before masterminding a charge to the Claret Jug, while at Bay Hill he was five strokes behind Matthew Fitzpatrick and still ended up taking the title by two.

His victory, the tenth professional win of his career, means he becomes the seventh player to have won both the Arnold Palmer Invitational and The Open – joining Rory McIlroy, Tiger Woods, Ernie Els, Phil Mickelson, Lee Trevino and Palmer himself.

And it was a performance they all would have been proud of. Fitzpatrick and McIlroy simply could not live with Molinari, whose putter was as red-hot as the temperature.

As the golf season approaches its crucial phase, with The Masters in April the first of four majors in four months – culminating at The 148th Open in July – Molinari is back at the top of his game.

"I have to say it was probably the best putting round of my career. I made some really good putts from the start,” he said. 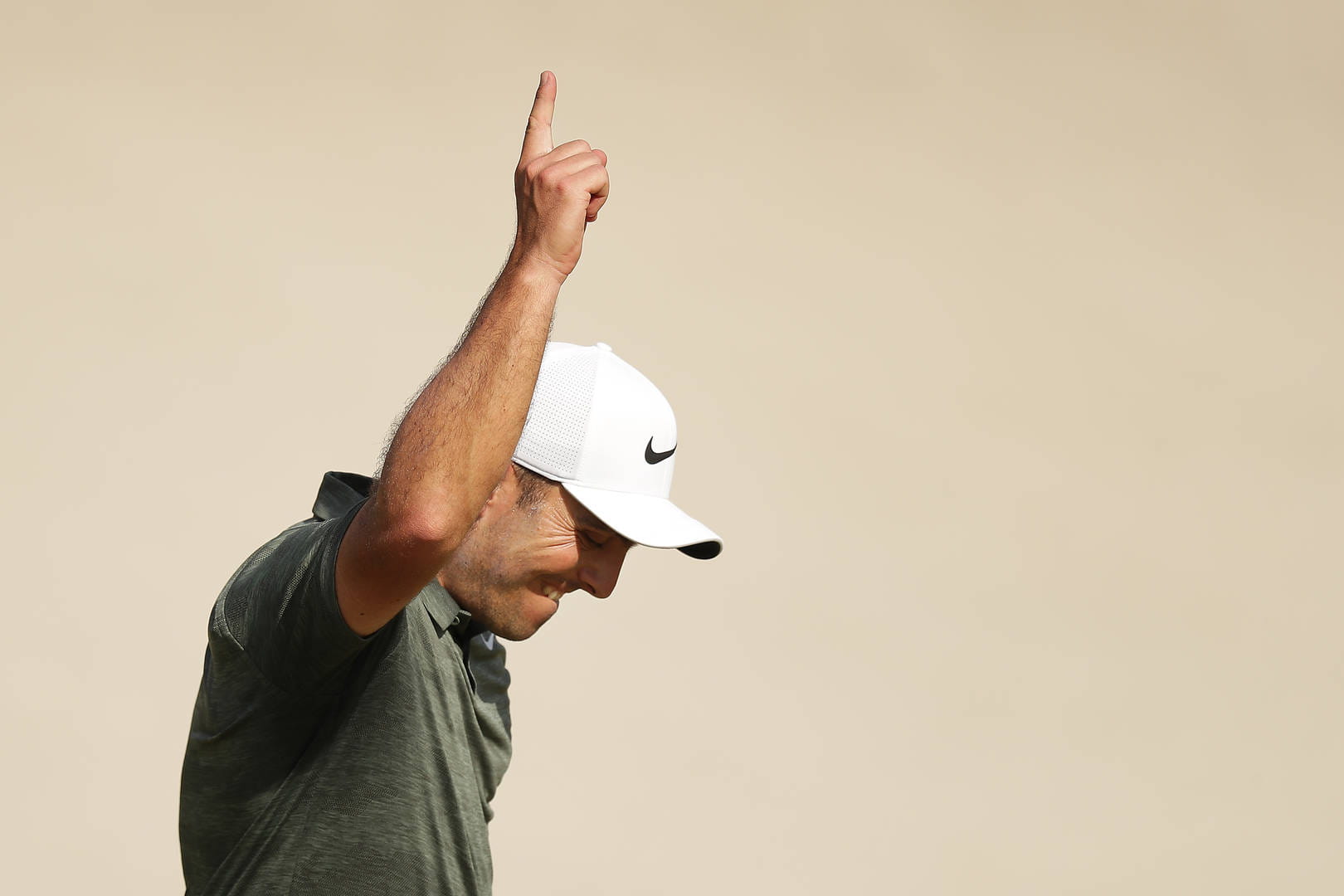 "I don't know if I could have done a lot more than that to be honest."

Molinari has been here before. A year ago, he put together a near-perfect spring by winning titles at the BMW Championship and Quicken Loans National, before striding into Carnoustie brimming with confidence.

There he held off fellow Champion Golfer McIlroy and the two were right in the mix again at Bay Hill.

McIlroy put together his own awesome charge to win this title a year ago but even he could not compete with Molinari’s magic on Sunday.

“I know that I can shoot low scores pretty much on every golf course. I'm not scared to say that, or I'm not shy of confidence in that way,” Molinari added.

“It's never easy, but I think what makes the difference is my mental approach is a lot better than what it was three, four years ago and I practice at home to do this sort of stuff in tournaments.”

Aside from Molinari, there was another Open flavour at Bay Hill with the tournament doubling up as part of The Open Qualifying Series.

There were three spots at Royal Portrush up for grabs and they were filled by Keith Mitchell, Sungjae Im and Sung Kang.

“I’m so happy to have got one of the spots for The Open. I really enjoyed playing in the US Open and the PGA Championship last year and now I get to play in The Open, which is great,” said Im.

“I’ve never played in the UK before, I’ve only seen golf played there on television. It is going to be my first experience of links golf and I am really looking forward to it.”

The field at Royal Portrush is filling up nicely. But prospective winners know that to hold the Claret Jug, they are going to have to go through Molinari.