United States
From humble origins in Dallas, via a stint with the US Marines and an assistant’s position in El Paso, Lee Trevino became one of the best golfers in the world.

Lee trevino at the open in pictures

trevino goes back to back

From humble origins in Dallas, via a stint with the U.S Marines and an assistant’s position in El Paso, Lee Trevino became one of the best golfers in the world.

In his early days he played matches just to make money. “Pressure is playing for $5 when you only have $2 in your pocket,” he said. It was good training.

He went on to win six majors – the U.S Open, The Open and the PGA Championship twice each – and on four of those occasions he beat Jack Nicklaus into second place. The first time was the 1968 U.S Open when he became the first player to win a Major with four rounds under 70.

In 1971 he beat Nicklaus in a play-off for the U.S Open at Merion. Two weeks later he won the Canadian Open and the very next week he won The Open at Royal Birkdale, beating Lu Liang-Huan by a stroke and Tony Jacklin by two. 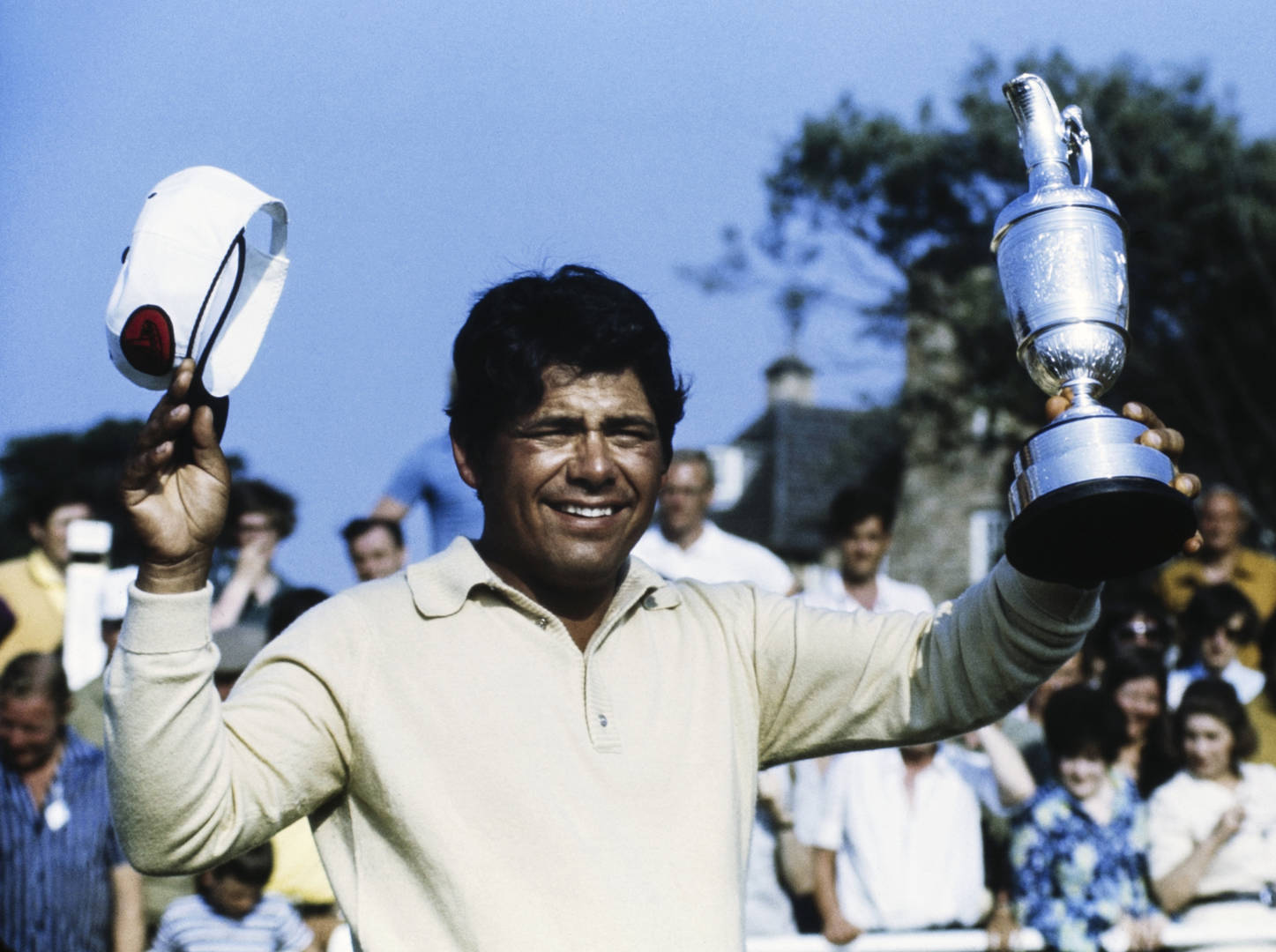 He won back-to-back Opens by beating Nicklaus again at Muirfield, in the process breaking Tony Jacklin’s heart. At the 17th hole, Jacklin had an 18-foot birdie putt to take the lead and possibly win a second Open in four years, but Trevino nonchalantly chipped in for a par – the previous day he had holed out twice in a run of five birdies to finish his third round – and then Jacklin three-putted and bogeyed the last.

Trevino went on to win the 1974 PGA Championship and the same title again in 1984. He survived being struck by lightning, was always chatting and joking on the course, even when his opponents were not listening, and along with a magical touch around the greens had found consistency in his long game by turning a natural draw into a fade.

“You can talk to a fade but a hook won’t listen,” he said.