Between Henry Cotton in 1948 and Tony Jacklin in 1969, the only British winner of The Open was Max Faulkner in 1951 at Royal Portrush.

Faulkner wins in 1951 at Royal Portrush

It's been 68 years since The Open was last staged in Northern Ireland, with Englishman Max Faulkner capturing the Claret Jug.

Faulkner wins in 1951 at Royal Portrush

Between Henry Cotton in 1948 and Tony Jacklin in 1969, the only British winner of The Open was Max Faulkner in 1951 at Royal Portrush.

Ironically, his victory came on the first occasion The Open was not been played in Scotland or England. Faulkner was the son of a golf professional and was a PT instructor in the RAF during the war.

He dressed in colourful outfits, in contrast to the sombre attire of the time, and was a flamboyant character. It was readily believed that he had signed autographs with the addendum: “Open Champion 1951” on the evening before the final two rounds. 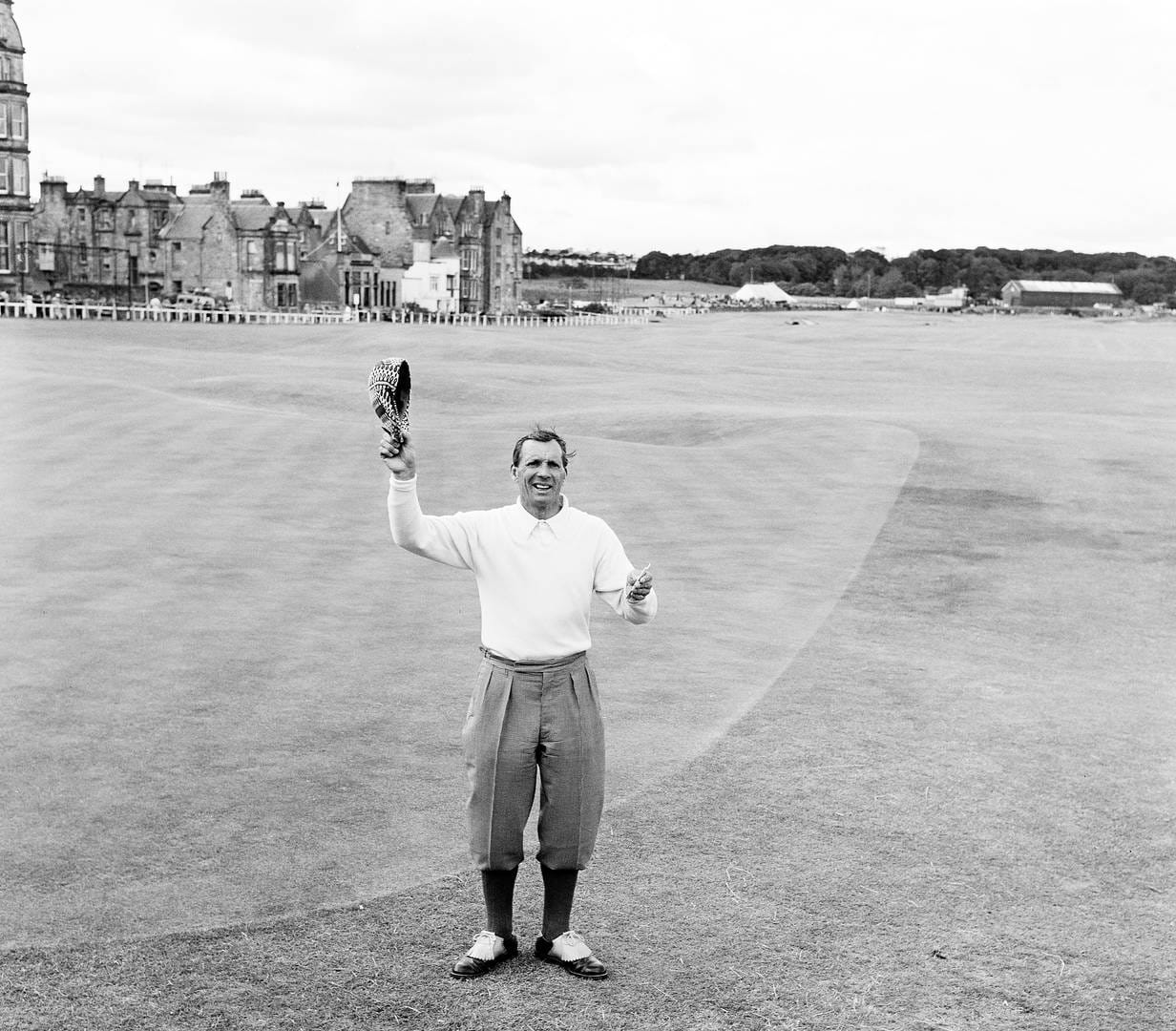 More prosaically, when a young boy asked for an autograph when he led by six after three rounds, the boy’s father asked for the addendum because, “you are going to win, aren’t you?” Faulkner did as requested but then thought: “My God, I’d better not lose now.” It is also possible the whole thing was dreamt up by his ghostwriter on a London newspaper reporter, Ian Wooldridge.

Faulkner was a superb putter, and took only 105 putts over four rounds as he beat Antonio Cerda by two strokes. “It was all I ever wanted. The Open meant everything to me,” he said. It is estimated that he made more than 300 putters in his workshop. A particular favourite had a head that he fashioned from a piece of driftwood with a billiard cue as a shaft.

He played in the Ryder Cup five times and later helped coach his son-in-law, Brain Barnes, another flamboyant character. He played in his first Open in 1934 and his last in 1975. The day after his victory, he was playing in a Father-Sons cricket match at his son’s school.