Our site uses cookies to help you enjoy the best possible experience. By carrying on browsing the site, you give consent for cookies to be used. For more details please read our Cookie Policy.

Scotland
Sandy Lyle’s victory in The Open at Sandwich in 1985 was greeted with patriotic fervour and sparked a run of eight major titles – four Opens and four Masters – by British golfers in seven years.

Sandy Lyle’s victory in The Open at Sandwich in 1985 was greeted with patriotic fervour and sparked a run of eight major titles – four Opens and four Masters – by British golfers in seven years.

There had not been a home winner of The Open since Tony Jacklin in 1969 at Royal Lytham and Lyle had been sitting in the grandstand at the 18th green that day – he almost caught the ball that Jacklin flung into the crowd.

Lyle was the son of a professional and grew up at Hawkstone Park, in Shropshire, where he made himself into a supreme hitter of long irons. At the 14th hole at Sandwich, with out-of-bounds all the way down the right, it did not concern Lyle that he was short of the Suez Canal in two. 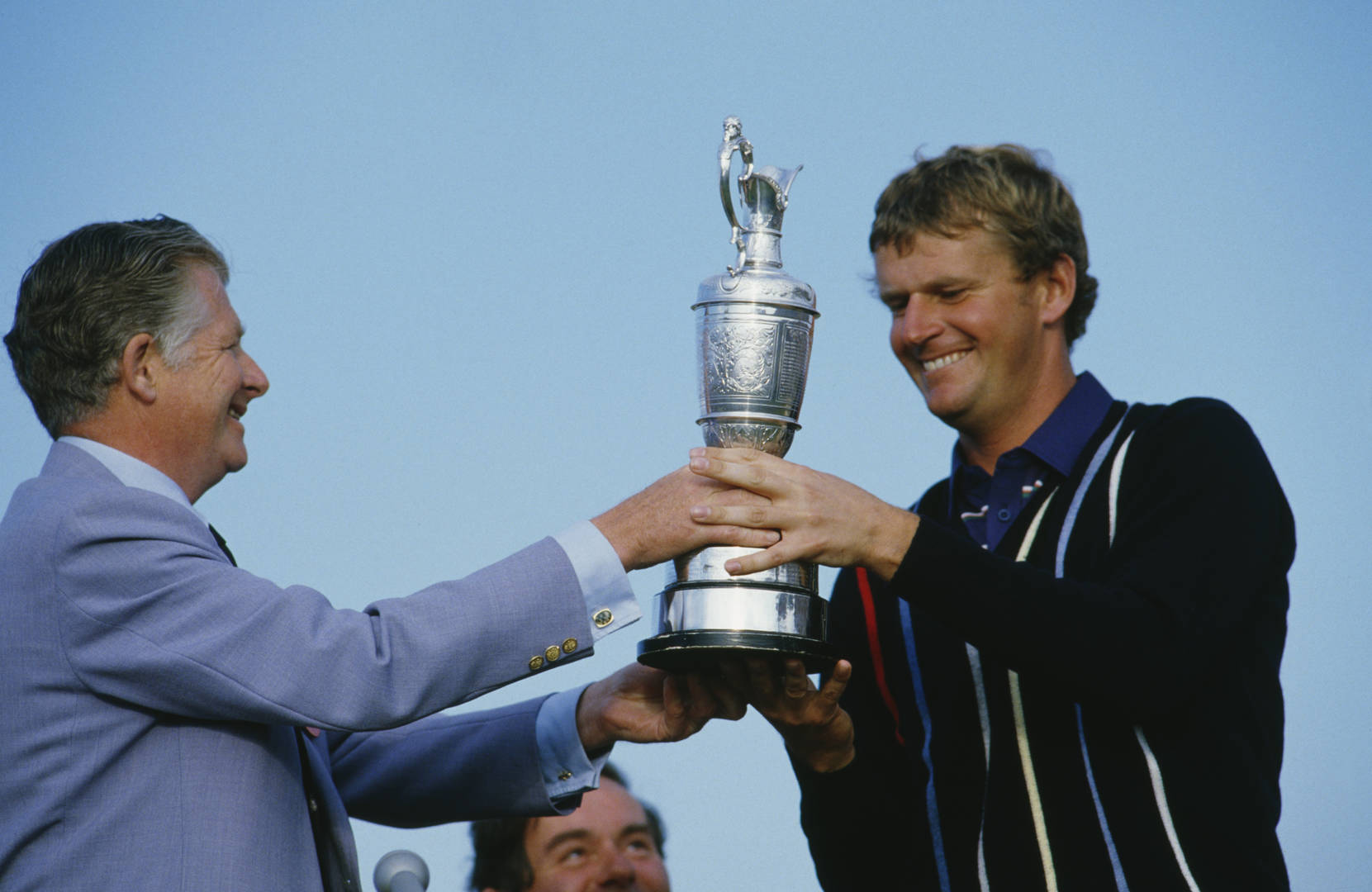 He got out his 2-iron and found the green, holing the putt for a vital birdie. There was some late drama when Lyle’s chip from Duncan’s Hollow beside the 18th green rolled back to his feet and he sank to his knees in despair. He got down in two more and then had to wait before a one-shot victory over Payne Stewart was confirmed.

Bernhard Langer and David Graham, who could have beaten Lyle, were among those sharing third place. Three years later Lyle became the first British winner of the Masters, launching a 7-iron out of a bunker at the 18th onto the green and holing the putt for a winning birdie, accompanied by a Scottish jig.

A year later he handed the green jacket over to his old rival Nick Faldo. Lyle struggled for consistent form in the 1990s, but he remained a truly loved golfer. Seve Ballesteros once said that if everyone was playing their best, Lyle would win and Seve would come second.